Opinion: Do Tax Cuts Cause COVID? 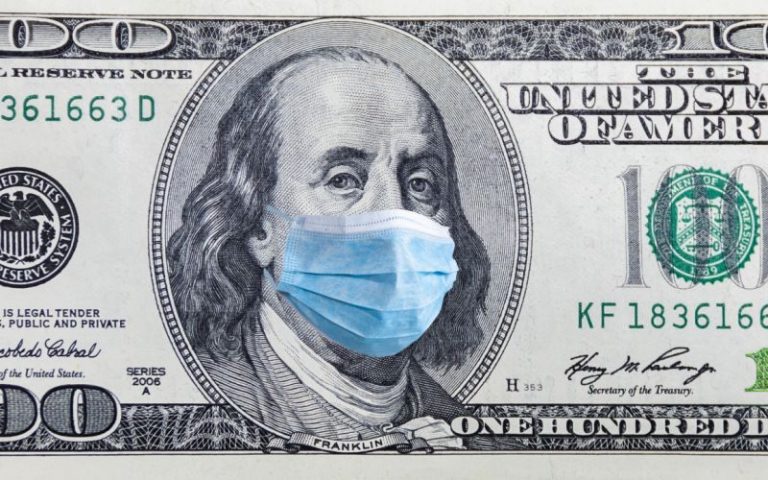 Do tax cuts cause COVID?

If not, why does the Democrats’ new $1.9 trillion COVID “relief” package try to stop states from lowering tax rates?

Despite the tone coming from the White House and much of the new media, America’s economy is not in shambles. February’s 6.3 percent unemployment rate, for example, is lower than the jobless rate for most of the first six years of the Obama presidency. According to data from the Urban-Brookings Tax Policy Center, 20 states actually saw an increase in revenue during the pandemic crisis period last year. Total state revenues were down nationwide less than two percent.

Not surprisingly, some states are still moving ahead with pre-COVID era plans for tax cuts. New Hampshire’s Republican Gov. Chris Sununu wants to lower the state’s business taxes. In Utah, the legislature is pushing $100 million in targeted tax cuts. And Mississippi is debating eliminating their income tax altogether.

Now those states are learning that part of the COVID-19 cash deal is agreeing not to cut taxes on their own citizens.

A State or territory shall not use the funds provided under this section or transferred pursuant to section 603(c)(4) to either directly or indirectly offset a reduction in the net tax revenue of such State or territory resulting from a change in law, regulation, or administrative interpretation during the covered period [from now till December 31, 2014] that reduces any tax (by providing for a reduction in a rate, a rebate, a deduction, a credit, or otherwise) or delays the imposition of any tax or tax increase.

In other words, “Read our lips — don’t cut taxes.”

Surprisingly, this provision of the massive spending package has gotten little attention outside of conservative media. But when Republican governors are asked about it, they aren’t happy.

“Never before in history has Congress passed a bill that would restrict a state’s ability to cut taxes for its citizens — until now,” said Sununu.” New Hampshire has set the gold standard with our record of success in cutting taxes and creating opportunity, and this unprecedented mandate from Washington underscores the growing disconnect between out-of-touch politicians and the working families they are supposed to represent.”

“Republicans said they didn’t want the money to go to bail out blue states that were mismanaged,” Hogan said, “and the flip side of that was Democrats saying we don’t want to send this down to Republican governors or red states and have them just send it back to the taxpayers.”

Hewitt, a career attorney who teaches constitutional law at Chapman University’s law school, is one of the many legal experts who believe the legislation likely violates the Constitution. “It’s unconstitutional to say ‘Here’s a whole bunch of money in the middle of a pandemic, but you can’t cut taxes,’” Hewit says.

This post-COVID prohibition on lowering tax rates lasts through 2024. That’s three years states like Massachusetts and New York — already losing revenue to low-tax states like New Hampshire —  can stop worrying about competing to keep businesses from moving away. “A recent Pioneer Institute analysis of Internal Revenue Service data found that between 1993 and 2018 Massachusetts experienced a net outflow of $5.4 billion in adjusted gross income to New Hampshire, which has no state income tax,” wrote the Institute’s Jim Stergios and Christopher Anderson.

According to reporting by The New York Times, the measure was slipped into the legislation at the last minute from a surprising source: moderate Democratic Sen. Joe Manchin of West Virginia. “How in the world would you cut your revenue during a pandemic and still need dollars?” Manchin reportedly said.

Manchin may have a point. As more Americans go back to work and state revenues continue to recover — not to mention the $1 trillion from 2020 COVID relief packages yet to be spent — it’s hard not to ask why a nearly $2 trillion spending spree was necessary?

By the way, if higher taxes really are supposed to stop the pandemic, they’re not working. The four states with the highest COVID-19 death rates are New Jersey, New York, Rhode Island, and Massachusetts.