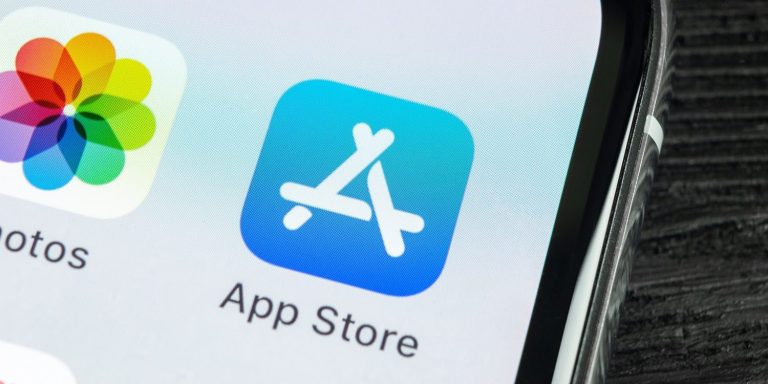 Data Orbital is pleased to announce the results of its latest statewide, live-caller survey of registered voters. The survey was conducted from March 11th to 12th.

The survey focused on voters’ views of Big Tech and sought to gauge their desire for increased regulation and support for or opposition to HB 2005.

Concerns over Big Tech’s influence were abundant. 80.6% of respondents agreed (62.6% “strongly”) that Big Tech has “too much power and influence over our lives.” 77.4% agreed (57.7% “strongly”) that tech companies like Apple and Google “are large monopoly companies that put their own interest before the needs of small businesses and individuals” like them.

That concern translates to a desire for immediate action. 63.7% believe Arizona should be regulating the influence of Big Tech. A larger 64.5% of respondents would like the Arizona legislature to act “immediately” to protect them from Big Tech’s influence rather than waiting on Congressional action. 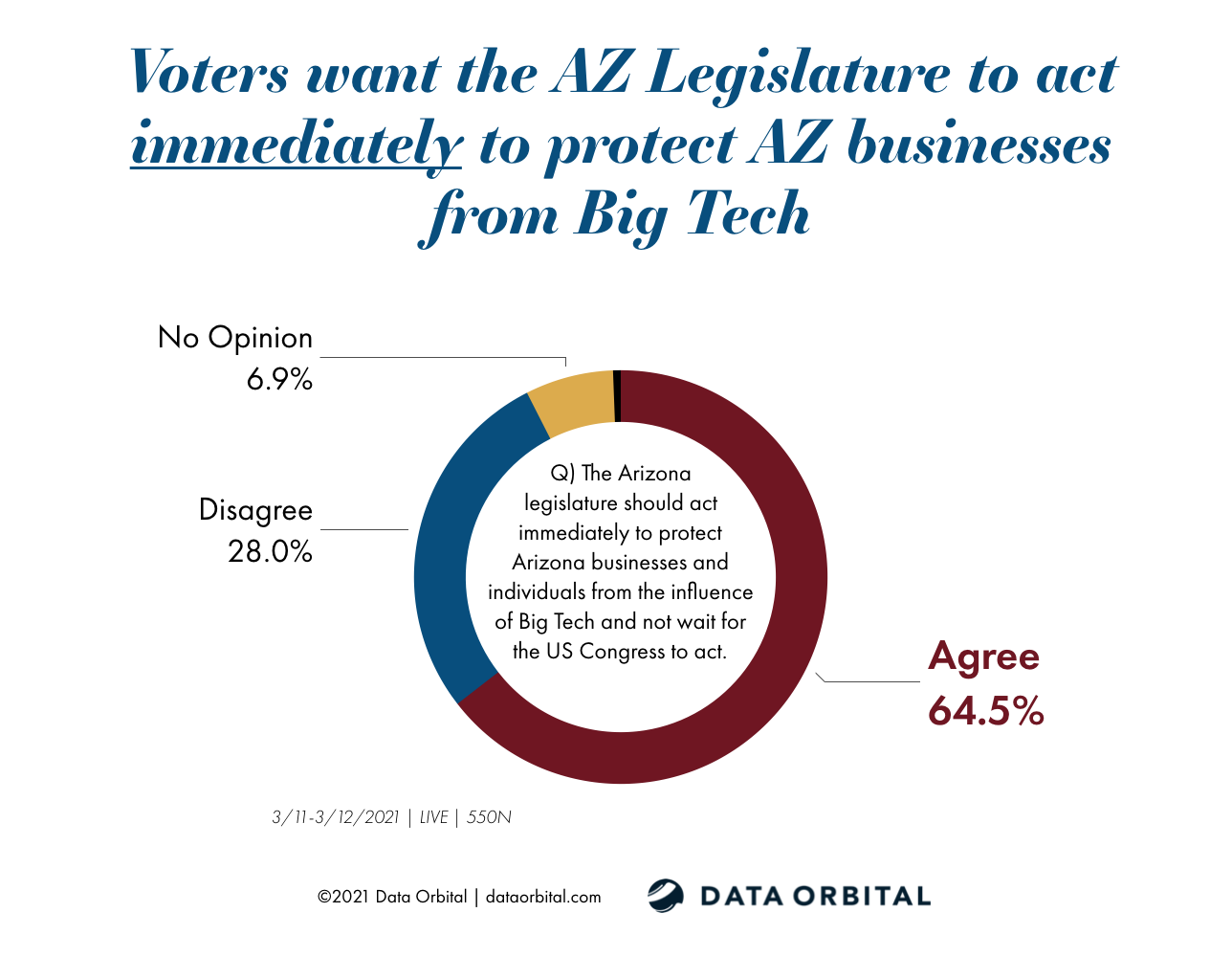 When asked specifically about HB 2005, a bill to level the playing field when it comes to app payments, 69.0% of registered voters voiced their support. Only 11.8% were undecided, which is a small percentage for a legislative issue. 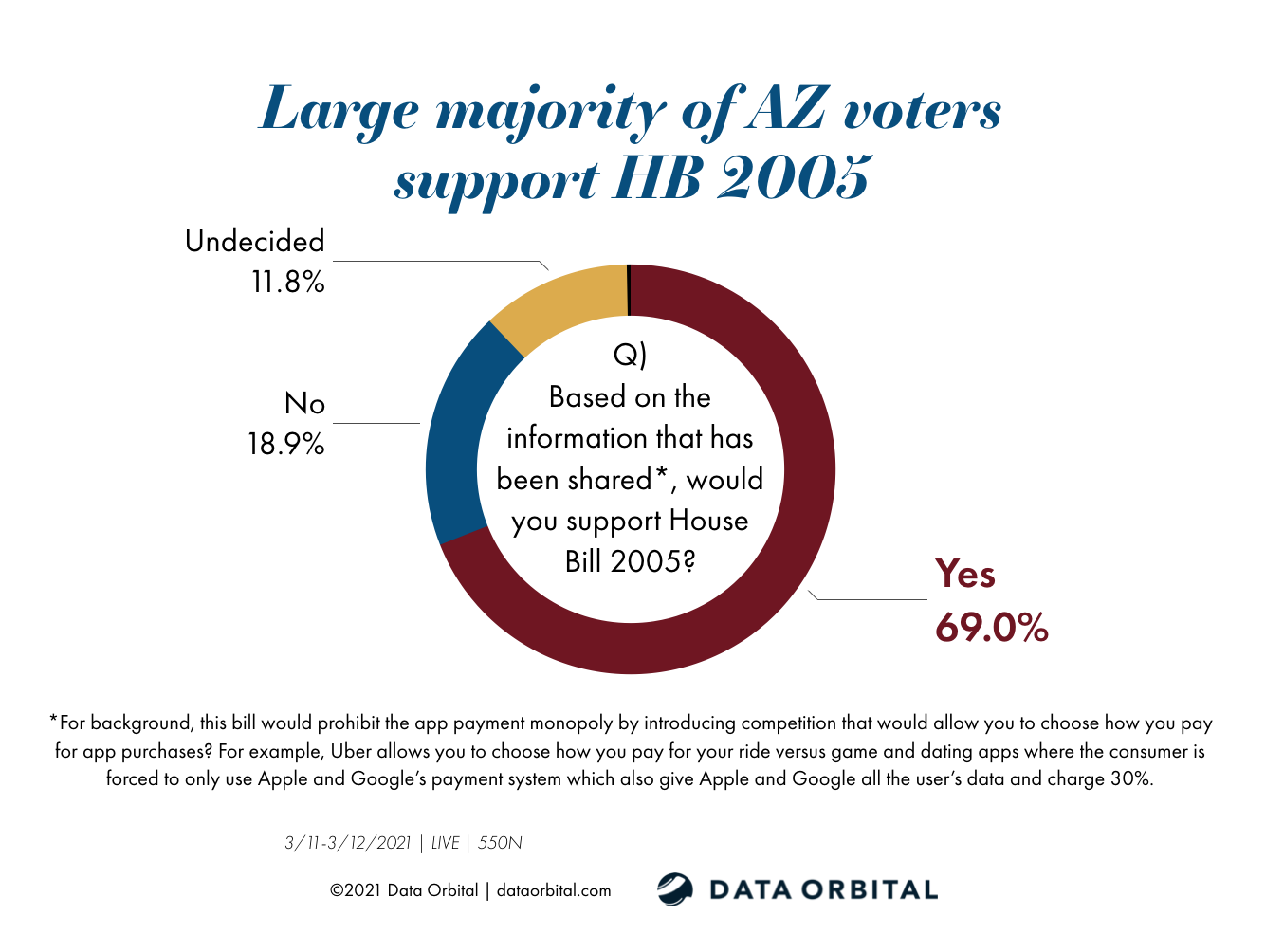 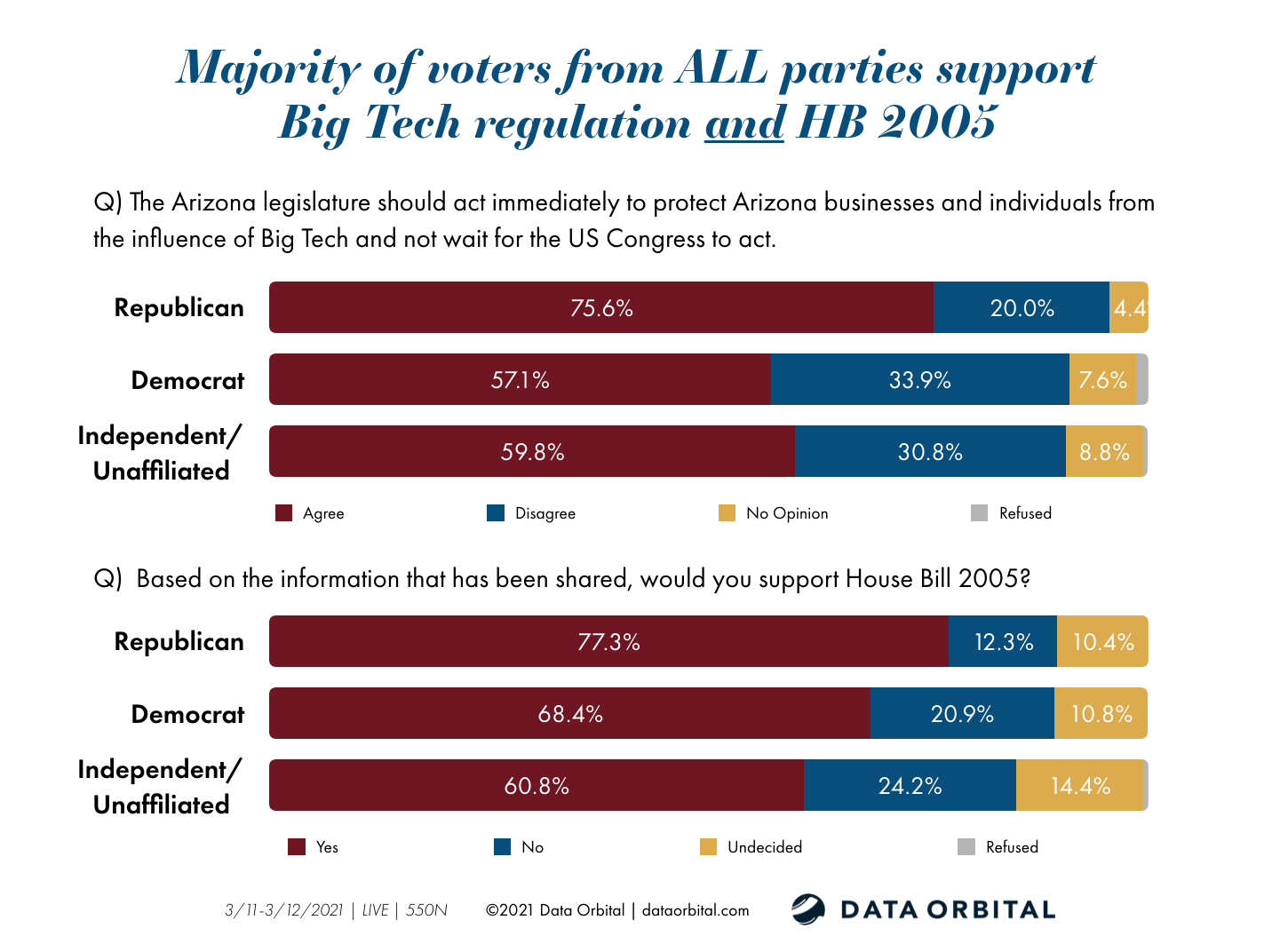 “Arizona voters have clear views on Big Tech, and the majority want action in the form of greater regulation,” said Pollster George Khalaf. “Big Tech is in the news more and more whether it be for data and privacy concerns, its role in elections, censorship, or its general influence over our daily lives and activities. Voters want to see more fairness and the level playing field that HB 2005 seeks to achieve with regards to app payments. For lawmakers in both parties considering the nuances at play in this issue, these results speak clearly. Constituents want immediate action taken against Big Tech and HB2005 is a major way to do it.”

This poll of 550 registered voters was sponsored by the Coalition for App Fairness and conducted through a live survey that collected 57.8% of the results from landlines and 42.2% from cell phones. It has a margin of error at plus or minus 4.18% with a 95% confidence interval. Respondents were weighted on a number of different demographic figures based on registration data from the Arizona Secretary of State. The poll was conducted from March 11-12, 2021. All non-released questions would not reasonably be expected to influence responses to all released questions. The questions released are verbatim from the survey provided to respondents. Toplines and demographic data can be found here. Crosstabs for this survey can be found here.

ABOUT DATA ORBITAL:
Data Orbital is a full-service data solutions and survey research firm with local, state, and national experience.  We offer precise data solutions, informed by political and policy intelligence, so our clients can chart the right course through the corporate or political landscape ahead. 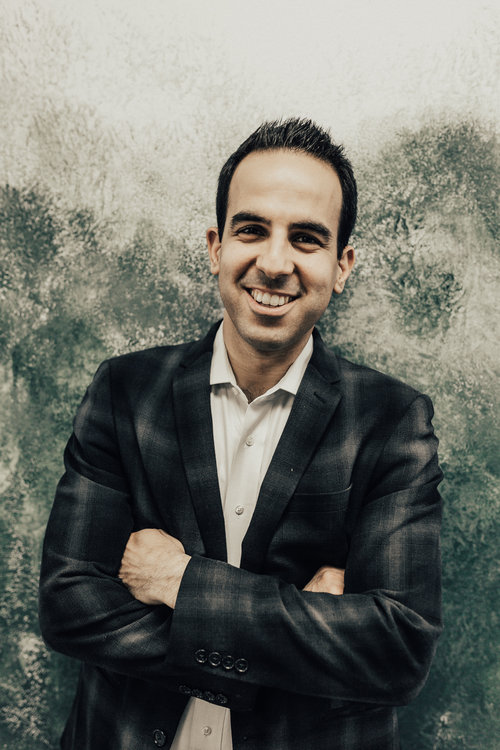