Opinion: Paying Tribute to Our Pioneering Women in Science 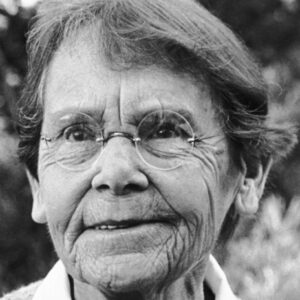 I knew there was a problem when I could only name two female pioneers in science. I started with Madame Marie Curie, who won two Nobel Prizes—one in physics and the other in chemistry—for her research on radioactivity. She added two elements to the all-important Periodic Table of Elements.

From there, my mind skipped to Rosalind Franklin, whose work set up Watson and Crick for a Nobel Prize based on their reveal of the double helix DNA. Franklin was a chemist and X-ray crystallographer who supplied the essential evidence. While she couldn’t have received the Nobel Prize posthumously, it is also true that no mention of Franklin’s work ever seems to have been made by Watson or Crick.

But after Curie and Franklin, I stumbled in answering,  “Who else?”  This was particularly vexing because I have two daughters in the sciences. I emailed a dear friend and scientist—one to whom I am not ashamed to admit my ignorance—and asked for names. I immediately got back a list of 6 women “for starters” who made my friend’s honor roll, but there are countless others. In honor of Women’s History Month, I share the contributions of three more female scientists who profoundly changed our world.

Barbara McClintock’s story is a tribute to smarts, curiosity, and persistence in the face of scientists who thought her ideas mad. Thirty years later, she would be awarded the Nobel Prize in physiology and medicine.

From the start, McClintock was a long shot. Her mother denied her request to go to college because it could harm her chances of marriage. Fortunately, her father, who had just returned from fighting in World War I, overruled his wife and enrolled Barbara in Cornell’s College of Agriculture.

While studying at Cornell, McClintock took the only course offered in genetics. This led to a deep curiosity about cytogenetics—the study of chromosomes and their genetic expression. McClintock performed research on the varying patterns of maize whose colors changed too frequently to be considered mutations.

McClintock’s big discovery was that genes crossed over during meiosis in what is now referred to as genetic transposition or “jumping genes.” Her novel thesis was that there are genetic controllers influencing the actions of other genes. This meant that genes were not “static,” which opened the doors for genetic engineering.

Flossie Wong-Staal was born in China in 1946, but her family fled to Hong Kong in 1952 to escape the Communist revolution. While there, Wong-Staal attended school—a first in her family—and proved to be an excellent science student. She was encouraged to study in the U.S. and earned a Ph.D. in molecular biology at UCLA.

Among Wong-Staal’s many contributions, she was the first scientist to clone HIV, which led to the first genetic mapping of the virus. That, in turn, led to the development of HIV blood testing. Wong-Staal became recognized as the “top woman scientist of the 80s” (Institute for Scientific Information) and a “top living genius” (Daily Telegraph).

Wong-Staal applied her expertise in starting the Center for Aids Research at UCSD (University of California San Diego). There she looked at the proliferation rates in cells infected by HIV. Her research of Kaposi sarcoma lesions was essential in developing new treatments for AIDs patients.

Later in her career, she and her husband co-founded Immusol, a biopharmaceutical company that improved the therapeutics for Hepatitis C. Spanning five decades, Wong Staal’s career was a mix of basic and applied research within academia and private industry.

Finally, there is Jennifer Doudna. One of the most impactful life science technologies in recent years is the development of a gene-editing tool called CRISPR (Clustered Regularly Interspaced Short Palindromic Repeats). It has accelerated therapeutic progress for many diseases. Its co-inventors, Doudna and Emmanuelle Charpentier, won a Nobel Prize for their work on CRISPR. Doudna’s breakthrough occurred unexpectedly while researching how bacteria structurally fight viral infections.

Doudna described how a bacterial cell acquires a piece of DNA from a virus and stores it in its genome. The cell can then use a tracer molecule and protein to search for a matching sequence which it later cuts like a pair of genomic scissors, triggering the destruction of the viral DNA. While Doudna explained the structure, Charpentier provided expertise in the area of tracers and proteins critical to the process.

Using Crispr, the treatment of sickle cell anemia has been advanced by editing genomes of mutated hemoglobin. So too, CRISPR has enabled developments in building immune responses—as recently as in COVID-19. Today, Doudna serves as president of Innovative Genomics Institute at UC Berkeley and is exploring how to apply genome editing to climate change.

There are too many scientists I haven’t mentioned—Ada Lovelace, Rosalyn Yalow, Elizabeth Blackburn, and Grace Hopper—to name a few. I am committed to writing a piece each March profiling outstanding female scientists, eventually passing the baton to my daughters to continue the tradition.

PrevPreviousPrescott Girls Knock Off Lee Williams 4-1, Boys Blank Flagstaff 3-0: Soccer teams head to semifinals
NextVaccinated and ready to party? Not so fast, says the CDC, but you can gather with other vaccinated peopleNext