Opinion – Young Taxpayers, Please Don’t Read This: Some Big Tax Bills Are in Your Future 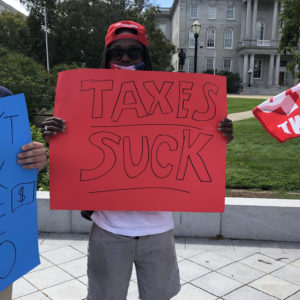 Our country possibly needs an Ernest Hollings or a Bill Proxmire, legendary senators who battled overspending.

That’s because the idea of the big-spending federal government, an apparently bi-partisan Keynesian idea that huge government spending always creates prosperity, is hugely popular. Congress and the Biden administration are pushing a new nearly $2 trillion stimulus spending package. That’s even though the government has already spent trillions, breaking records for debt and money creation.

And these once-controversial policies are expected to continue over the next decade, according to congressional reports and budget watchers. The Federal Reserve has promised to keep interest rates at or near zero percent.

Deficit spending is now over 100 percent of the GDP and headed for about 105 percent over the next decade. This 100 percent or more debt to GDP level is something that happened in the World War II era, but not in peacetime.

“We are in uncharted territory. Among the potential risks are inflationary pressures and rising interest rates on the greatly expanded federal debt,” according to a report of the Concord Coalition, a group monitoring federal spending.

The danger, the Concord Coalition warns, is the Federal Reserve could lose control. This increased spending and debt could overheat the economy. And that could drive up interest rates to a dangerous level as it did in the late 1970s and early 1980s. That’s when interest rates were in the low 20s, an economic and societal disaster. The nation lived through a brutal recession. But, for interest-sensitive businesses, such as housing and cars, it was actually a depression.

Robert Bixby, the Concord Coalition’s executive director, says the latest $1.9 trillion spending package is justified to help turn around the economy. But after this, it will be essential to return to more conservative spending practices.

Still, he adds that over the last few years both parties have been big spenders.

“President Trump was a big spender. He never did anything to reduce spending,” Bixby notes. Trump along with fellow Republicans and Democrats were recording $1 trillion in deficits even when the economy was booming. That’s when it was growing at 2.5 percent rates before the virus outbreak shut down the economy, Bixby notes.

The Congressional Budget Office (CBO) notes that even before this latest round of stimulus spending, some $4 trillion had already been pumped into the economy through a series of bills over the last year.

And 2020 was another huge red ink year, another budget watcher says.

“You may be under the impression that the federal government spends a little more than it takes in, but you would be mistaken,” writes Tom Giovanetti, president of the Institute for Policy Innovation (IPI), a Dallas-based research institute.

“In FY2020, federal revenues were $3.42 trillion, but federal spending was $6.5 trillion. In other words, the federal government spent almost twice what it took in. That’s not sustainable,” he writes.

Still, the CBO, in a report projecting spending and debts over the next decade, says the long-term projection is red ink will be here for some time.

“If the current laws governing taxes and spending generally remains unchanged in 2021, the federal budget deficit will total $2.3 trillion,” according to the CBO report, “The Budget and Economic Outlook, 2020-2031.”

This $2.3 trillion number, which represents the deficit for one year, was once the number of the entire federal debt going back over decades. And, despite a small projected reduction in debt, the red ink problem will continue for the next decade.

Gold, silver, and Bitcoin will benefit as more and more dollars will have to be printed, says a hard money advocate.

“Our view is that the dollar is indeed dying, but it is not via the white-hot thermonuclear blast of hyperinflation. It is the cold drowning when even a strong swimmer, exhausted, slips below the waves at sea,” says Keith Weiner, an Austrian economist and the founder and CEO of Monetary Metals. He says it will be a good year for both gold and silver.

But since the money presses are working overtime and will continue to work overtime, there is another issue this government and future ones will have to face. It is one that has been building up over the past few decades, a government report says.

The U.S. debt topped $26 trillion for the first time, according to the U.S. Treasury’s June 2020 report, but it has gone up much more since.

Who is at fault for big spending?

Both parties. A recent Government Accountability Office (GAO) report notes the debt went from $5 trillion to $24 trillion over the past 25 years. Both parties ruled in this period.

This continued red ink is “unsustainable,” the report says.

That is the assessment of “The Nation’s Fiscal Health,” a GAO report last year. The report warns these spending levels can’t continue because of entitlement promises.

Today, we not only have unprecedented levels of red ink, but there is another danger: Much of it will end up paying for nothing. It will leave the nation with perpetual debt.

“Over the past 50 years, net interest costs have averaged 2 percent of GDP but these costs are projected to increase to 7.2 percent by 2049, when they become the largest category of spending,” according to the GAO report.

Why does the spendthrift government go on and on under both parties, despite occasional objections from a few maverick lawmakers?

Big spending, at least in the short term, is good politics. No one today gets elected by promising less. No one gets achieves or retains by emulating a Proxmire or a Hollings. That’s assuming anyone even remembers them.

But some leaders do have a vague idea of an economist called John Maynard Keynes. He famously wrote in his most influential book that the government must spend and “keep the boom going.”

However, many of our most important journalists who boost this philosophy, these men and women, who the economist F.A. Hayek once complained were “second-hand dealers” in ideas, forget sometimes that we have seen several times over the past few decades: Artificial, central bank induced booms often go bust. 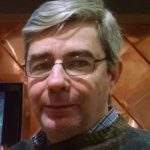 PrevPreviousLet’s Celebrate a Healthy Lifestyle Together During the Walk With Me, Be Drug Free Event
NextYavapai College trio earns national recognition for teaching, learning and leadership excellenceNext