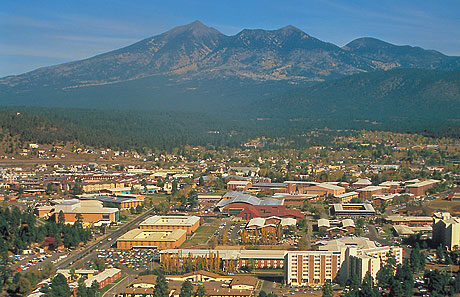 About 46 million Americans – 14% of the nation’s inhabitants – are currently classified as living in rural areas. That number could jump to 64 million – an increase of nearly 40% – without anyone moving into a new home. That could actually hurt small cities and rural communities across the country.

The federal government classifies communities’ characteristics based on their populations, according to a definition created by the federal Office of Management and Budget. The criteria haven’t substantially changed since the 1940s. Since then, the U.S. population has more than doubled, from 152 million in 1950 to more than 328 million in 2019.

The main dividing line is between communities – which include both towns and cities and their surrounding counties – with more than 50,000 people and those with fewer than that number. Over the past 70 years, the number of areas with at least that many people has increased from 168 to 384 as small towns have grown into small cities. For example, from 1950 to 2010, the population of Lawrence, Kansas, grew from 23,351 to 87,643.

Under the current definition, Colbert County, Alabama – population 54,428 – is in the same category as Los Angeles County – population over 10 million. As the Trump administration ended, federal officials decided some more nuance would be useful in understanding American communities. They proposed to change the dividing line to populations of more than 100,000 – and the effort appears to be continuing under the Biden administration.

That change would effectively move everyone who lives in places with 50,000 to 100,000 from urban to rural life, because their cities, including San Luis Obispo, California, and Battle Creek, Michigan, will no longer be considered large enough to count as metropolitan.

The government doesn’t specifically use this system to label places as “urban” or “rural.” Instead, there are three government categories – “metropolitan,” “micropolitan” and “outside a core based statistical area.” However, most government agencies, researchers, advocates and media outlets use these classifications to sort communities into two groups – equating “metropolitan” with “urban” and the other two categories together as “rural.”

Making the proposed change would mean 144 areas with populations between 50,000 and 100,000, and the 251 counties they occupy, would no longer be classified as “metropolitan,” but rather as “micropolitan” – and therefore effectively rural – including Flagstaff, Arizona, and Blacksburg, Virginia. The change would leave Wyoming without any metropolitan areas at all.

The Office of Management and Budget is accepting comments about this proposed change until March 19.

Looking at the numbers

Changing how rural areas are defined could change Americans’ understanding of rural life.

For instance, the current data reveal that rural areas have less access to broadband internet and health care services.

But if the homes and communities of 18 million more Americans are added to those rural statistics, the numbers could look better. That rosier picture – which would not be the result of any actual changes to Americans’ lives – could reduce public and political pressure to improve life in rural communities.

It’s also not clear whether 100,000 is the right boundary for urban living – or of there is an exact number at all. To people in major cities, a community of 80,000 like Santa Fe, New Mexico, may be more similar to the 22,000-person Roseburg, Oregon, than to Chicago or Miami. To a rancher on the Plains, with fewer than one person per square mile, though, Santa Fe may qualify as a “big city,” with chain stores, hospitals and government offices.

More than a statistical shift

Though the government’s proposal says it’s meant as a statistical change only, the classifications are commonly used by government agencies, charities and other organizations to determine which communities are eligible for their funding or programs.

The change could make many small American cities, which would be newly identified as rural, ineligible for money to help community planning and public transit – even if they currently get that money.

Communities currently designated as rural may be hurt, too. If Congress and states don’t allocate more funds to serve the increased number of people classified as living in rural areas, the money that is available – like rural health grants – would be spread more thinly.