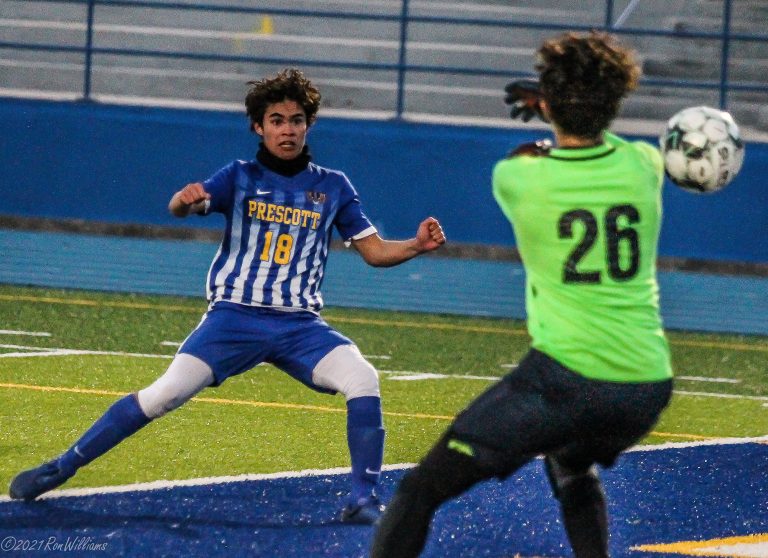 Photo: 18 Will Uniacke reacts as the ball goes past the Patriots goalkeeper Caleb Compton, for the first of his two goals in the playoff game win.

Will Uniacke scored a pair of goals along with an assist to help lead the Prescott Badgers to a 5-1 win over American Leadership Academy of Queen Creek Patriots, in the first round of the Division 4 playoffs.

The game was played on a cool windy night at Prescott High School, with both teams ready to play. The Badgers jumped on top with 27:01 on the clock in the opening half, on a goal by Edgar Martinez with the assist going to Uniacke.

The Patriots got the equalizer with 8:19 remaining in the first, when the ball kicked by Mason Burnett  got just past the outstretched arms of Badger goalkeeper Lance Scalabrine. That would turn out to be the only goal by ALA-Queen Creek, as Scalabrine kept the opponents scoreless.

The Badgers took the lead for good on a goal by Frank Castro, and went up 3-1 at the half on a goal by Will Uniacke.

Will Uniacke said, “This is great, especially after we lost in the first round last year. I am excited to see where we go from here.”

Defender Jack Bruce said, “I am happy we got this win. I like playing back here on defense and doing what I can to help our team and our goalkeeper. I don’t mind getting run into, and I try hard not to hurt my team by getting a yellow or red card.”

The Badgers will face Cortez on Saturday at Prescott High School. Coach Phil Reid said, “This is deja-vu since we played them a couple of years ago, and it came down to penalty kicks. I thought our team played well tonight, and they played for each other, which is what you should see in high school sports. We will play Cortez, break it down to just ten minutes at a time.”

Prescott (12-0) moves on to play Saturday at home against the Cortez Colts, while ALA-Queen Creek ends their season at (7-4).