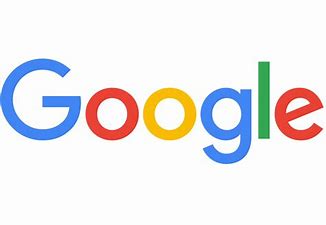 From Australia to Maryland, the free press is waging a battle for survival against Facebook and Google. Besides being gushing firehoses of COVID and election disinformation and conspiracies, another of Google and Facebook’s dangerous impacts is undermining the financial stability of media outlets all over the world. Where is the Biden administration in this fight?

These two companies alone suck up an astounding 60 percent of all global online advertising (outside China). With Amazon taking another 9 percent, that leaves a mere 30 percent of global online ad revenue to be split among thousands of media outlets. That has resulted in underfunded and struggling news industries in the U.S. and other countries.

Australia’s competition commission found that, for every $100 spent by advertisers on online advertising, $47 goes to Google and $24 to Facebook (71 percent). Various studies have found the majority of people who access their news online don’t go to the original news source, instead, they access it via Facebook’s and Google’s platforms, absorbing the gist of the news from the platforms’ headlines and preview blurbs rather than clicking through the links.

Consequently, Facebook and Google receive the lion’s share of the revenue from ads shown to news viewers, rather than the original news sources. So Australia decided to fight this duopoly with some rules-setting. A new law will require large digital media companies to compensate Australian news companies for re-packaging and monetizing their news content.

Google negotiated compensation deals with Australian news publishers, but Facebook flexed its muscles by cutting off Australians entirely from viewing or sharing news on its platform. Even government agencies like health, fire, and crisis services were banned. Facebook censored Australians more effectively than the Chinese government, prompting charges of “big tech authoritarianism.”

Facebook finally relented to Australia’s requirement in return for some vague concessions. But now a similar battle has erupted in Maryland.

In the last 10 years, U.S. newspapers’ advertising revenue declined by 62 percent and, with less revenue, newsroom employment dropped by nearly half. Squeezed by these economics, Maryland recently approved the U.S.’s first tax on digital ad revenue, targeting companies like Facebook, Google, and Amazon. The measure is expected to generate as much as $250 million in its first year, dedicated to schools.

Lawsuits against Maryland are being threatened by the tech giants, even as Connecticut and Indiana legislators have introduced similar measures.

This battle has only begun. One of the most important, unsettled debates of the internet age is whether digital media platforms like Facebook, Google/YouTube, and Twitter are the new “public square,” or just the latest techno variety of old-fashioned publishers and broadcasters, which are treated differently by the law.

Following the U.S. Capitol riot, Facebook-Google-Twitter all decided to discontinue “publishing” the president of the United States. Before that, as the platforms tried to deal with their gushing pipeline of disinformation regarding the Covid pandemic and racial tensions, they slapped on warning labels and removed the inflammatory content of certain users.

Now Facebook has pulled the plug on an entire country — something only a giant monopoly publisher can do. In 2014, when Spain passed legislation requiring Google to pay news outlets for the article snippets in its search results, Google closed its new service there.

So it’s clear that Big Tech platforms regularly use their power to decide what content and sources they want to amplify. These companies have more in common with the New York Times, Fox News, and Wall Street Journal than they do with an online wikiboard or free speech corner in London’s Hyde Park. They are quasi-“robot publishers,” in which algorithms often perform the duties of an editor.

In fact, Facebook, with its 2.6 billion users, is the largest publisher/broadcaster in human history. From that perspective, it is completely within its publisher’s rights to decide it does not want to publish Donald Trump anymore, just as Rupert Murdoch has an editorial right to feature Donald Trump on the front page of the New York Post. Yet existing law does not hold these companies accountable like publishers.

Critics of the Maryland/Australian approach claim that traditional media outlets already gain, when Facebook-Google sends user traffic back to the news outlets. But that claim is easily debunked, since ad revenue at news outlets has plummeted in the Facebook-Google era, with one study finding that digital media traffic supplied less than 0.2 percent of total revenue to the news companies.

Copyright principles were established years before the Internet was even invented, and it mandates that any individual person or organization cannot swipe someone else’s content and monetize it without paying for it.

Yet the digital media platforms have been doing just that, turning thousands of publishers and broadcasters into mere ghostwriters of platform content. In other industries, appropriating product from the original producer without paying for it is called theft.

Democracies must stop Big Tech media, or they will keep undermining democracy. Canada says it will soon adopt the Australian approach. Will the United States, a longtime champion of the free press, also step up?

Steven Hill is the former policy director at the Center for Humane Technology and author of seven books, including “Raw Deal: How the Uber Economy and Runaway Capitalism Are Screwing American Workers” and “The Startup Illusion: How the Internet Economy Threatens Our Welfare.” He wrote this for InsideSources.com.
All Posts »