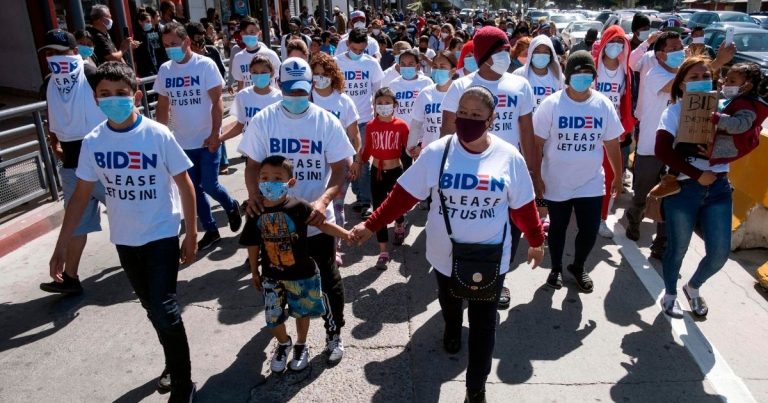 Yesterday, a group of Hispanics reached the San Ysidro border checkpoint in California and appealed to President Joe Biden to let them into the country. Historically, illegals have tried to enter the US without attracting attention. Now, they want the spotlight, hoping to pluck the heartstrings of the woke Left. 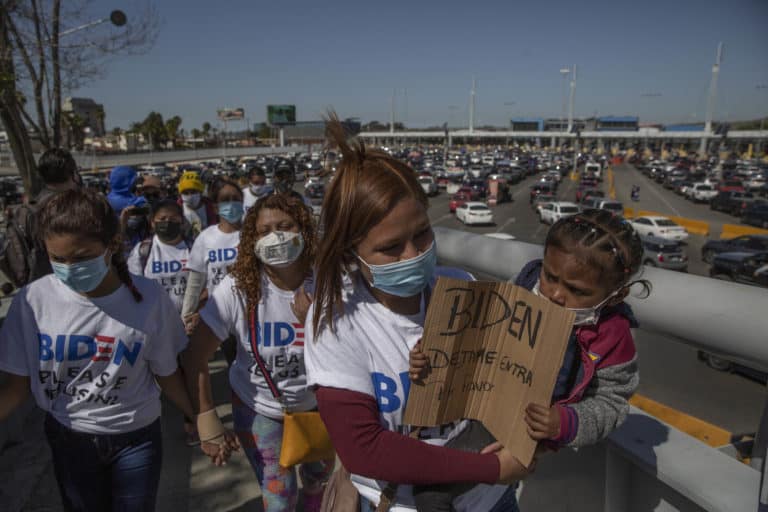 ”Biden, dejame entrar por favor” (Biden, please let me in) is written in Spanish on a cardboard box carried by a migrant girl. (Credit Image: © Stringer/dpa via ZUMA Press) 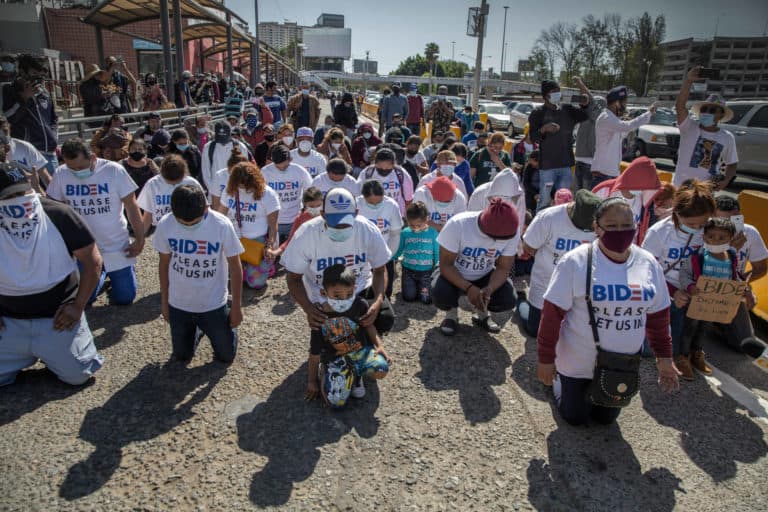 A group of migrants wearing T-shirts that read ”Biden, please let us in” kneel and pray at the border crossing. The group gathered and marched up to the border post to petition the new U.S. administration for asylum. U.S. Border Patrol (CPB) agents conducted a heavier operation at the border crossing with the goal of preventing a stampede. (Credit Image: © Stringer/dpa via ZUMA Press) 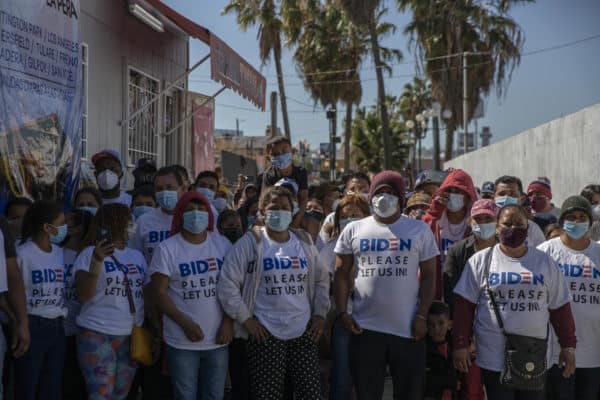 In the prophetic novel The Camp of the Saints, the president of France faces the same threat, but on a larger scale. A fleet of rusty ships packed with Indians sets sail for his country. As the ships make their way around the world, the president has meeting after meeting with advisors, unsure what to do and hoping for a miracle that will keep him from having to act decisively. The fleet keeps coming. Just before it lands, the president snaps at his cabinet:

Some of you, I know, have already packed your bags, already squared your consciences with your Swiss bank accounts. All very shortsighted, I’m afraid. But still, there you are, ready to sell out, to come to terms, feathering your nests with this contact and that. . . .  Because you feel — and you’re right — that once the inevitable happens, some kind of order will have to be imposed, and that’s where you, the experts, will save the day. You’ll be welcomed with open arms, to assure a smooth transition. Then you’ll do your damnedest to stay in power. Who cares what kind of power it is, as long as you wield it! . . .  I can’t resign myself to your view of France, safe and sound, but deformed. You see, unlike you, I have no more ambitions.

Maybe Mr. Biden, too, has no more ambitions now that he is president. Or maybe he wants to “assure a smooth transition” as America’s dispossession speeds up. Either way, over the next four years, expect to see many more Third Worlders at the border appealing directly to Señor Biden.