Opinion – A Janitor and Security Officer Did Their Jobs; Smith College Branded Them Racists 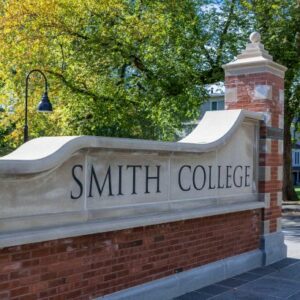 Janitors and campus security officers at Massachusetts’ Smith College should be wary. As it turns out, simply doing those jobs is enough to get publicly shamed and branded for life as a racist.

The New York Times recently reported new details about the long-running saga triggered by Smith College student Oumou Kanoute. In summer 2018, Kanoute, a Black woman, was eating lunch in a deserted campus lounge when she was approached by a janitor and campus police officer, who inquired what she was doing there. It didn’t go well: Kanoute left the incident near a “meltdown,” as she put it. “All I did was be Black,” Kanoute later wrote. “It’s outrageous that some people question my being at Smith College, and my existence overall as a woman of color.”

The college rushed to judgment. The janitor was immediately placed on leave. Smith College President Kathleen McCartney explained, “This painful incident reminds us of the ongoing legacy of racism and bias, in which people of color are targeted while simply going about the business of their ordinary lives.” Major media outlets such as The Washington Post and CNN blasted out stories decrying the alleged injustice.

As it turns out, they all had the story wrong. As last week’s Times report noted, the law firm Smith College hired to investigate the incident found no evidence of racism. Kanoute was eating in a lounge closed to student workers; only young children attending a summer camp were supposed to be there. A cafeteria worker, Jackie Blair, warned Kanoute the area was closed. The janitor (whom the Times left unnamed) had been encouraged to alert campus police if unauthorized personnel were in the area. In the transcript of his call to security, the janitor made no mention of Kanoute’s race. The campus officer arrived unarmed and at one point even apologized for bothering Kanoute.

Despite these findings, the college doubled down on its initial stance: President McCartney thundered, “It is impossible to rule out the potential role of implicit racial bias” — even though the investigation she commissioned left no basis for ruling it in. At one point, Smith College even encouraged the cafeteria worker, Jackie Blair, to attend “restorative justice” sessions to facilitate a “willing apology.” She quite reasonably asked, “Why would I do this?” After all, she noted, “This student called me a racist, and I did nothing.”

For these employees, the consequences of being wrongly accused were devastating. Blair found notes calling her a racist in her mailbox and taped to her car. She received phone calls that threatened, “You don’t deserve to live.” A potential employer asked about her purported racism in a job interview. The stress exacerbated her lupus, eventually forcing her into the hospital. In a poignant moment at the end of the Times article, she asks, “What do I do? When does this racist label go away?”

Of course, the tragedy for Blair and her colleagues is that there’s no obvious answer. For many, being accused of racism is tantamount to being convicted. That’s why it’s so reprehensible that Smith College rushed to judgment, ignored its own law firm’s careful investigation, and refused to exonerate the innocent as new facts came to light.

Look, there are plenty of real instances where people are treated unfairly because of their skin pigmentation. All Americans of goodwill must stand together against such depravity. When individuals or institutions of higher education pursue false claims of racism, however, they only distract from real injustice, cheapen the seriousness of the problem, and alienate potential allies.

Frederick M. Hess is the director of education policy studies at the American Enterprise Institute. RJ Martin is the program manager of education at AEI. They wrote this for InsideSources.com.
All Posts »