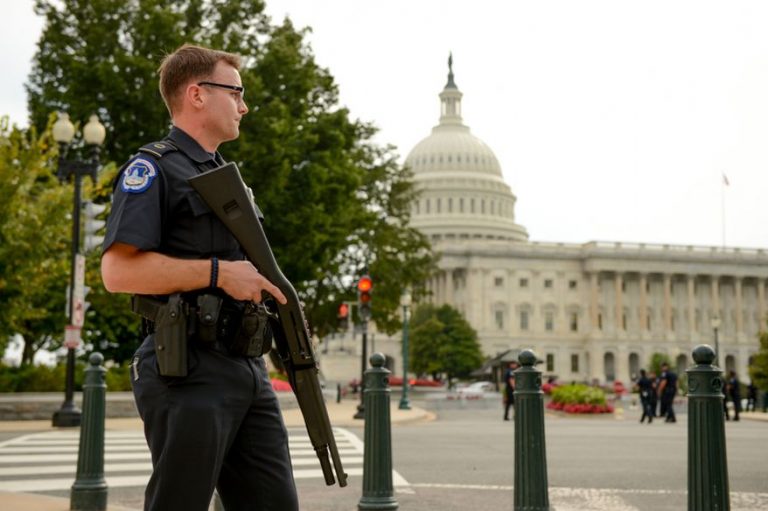 Arizona Sen. Kyrsten Sinema joined other senators asking police officials Tuesday how it is that an FBI report warning of the deadly Jan. 6 assault on the Capitol did not reach the right people before the attack.

The Senate Homeland Security and Governmental Affairs Committee heard from five witnesses involved in Capitol security planning – three of whom resigned after the riot – who described a series of crossed signals, missed opportunities and planning that underestimated the violence to come.

The missed signals included an FBI report warning of likely violent confrontations following former President Donald Trump’s rally, a report that one official said was sent to planners’ email inboxes the night before the assault and another said he only learned of in the last 24 hours.

“That is a systemic and leadership failure on the part of our security officials, from the FBI and Department of Homeland Security, to the security leadership on the ground at the Capitol, and it must be addressed,” said Sen. Gary Peters, D-Mich., in opening remarks to the hearing.

Most senators at the hearing were like Sinema, who said she was “trying to understand … how it did not get to the higher levels to make preparation” before the assault.

The assault on the Capitol followed a “Stop the Steal” rally on the National Mall on the day Congress was set to certify the Electoral College vote electing President Joe Biden and ousting Trump, who claimed for months before and after the election that it was rigged.

Trump addressed the rally, urging the crowd to march on the Capitol. Thousands did so and, once there overwhelmed Capitol Police in an attack that left five dead, including one Capitol Police officer, and 140 officers injured. Two officers died by suicide in the days that followed.

Witnesses at Tuesday’s hearing said they planned their security based on the information they had at the time, which indicated a protest more along the lines of two Make America Great Again rallies in the preceding weeks that surrounded the Supreme Court and led to sporadic violence.

“For each of the days leading up to Jan. 6 – and indeed, on Jan. 6 itself – the USCP (U.S. Capitol Police) issued a daily intelligence report in which it assessed the potential for civil disobedience and arrests as ‘remote’ to ‘improbable,’” said Paul Irving, the former House sergeant-at-arms, in his opening statement.

But Sen. Amy Klobuchar, D-Minn., emphasized alerts that were seen across social media, including tweets by Trump himself urging people to show up for a “wild” event. She pointed to “public reporting by the Washington Post, (that) the FBI Norfolk field office issued a threat report on Jan. 5.”

This report “detailed specific calls for violence online in connection with Jan. 6, including that protestors ‘be ready to fight,’ and ‘go there ready for war,’” Klobuchar said.

But when she asked former Capitol Police Chief Steven Sund about the FBI report, he said it never got to him. The last intelligence report any planners received came Jan. 3, three days before the assault, he said.

Sund testified that he “just in the last 24 hours was informed by the department that they actually had received that report” which was received by a member of the Joint Terrorism Taskforce – a group of FBI and local officials – before it was forwarded to Capitol Police headquarters.”

“It did not go any further than that,” Sund said.

Irving and former Senate Sergeant-at-Arms Michael Stenger also testified that they did not receive the report before the attack.

Acting Metropolitan Police Chief Robert Contee testified federal and local police agencies in the region held “a series of several meetings,” including phone calls and virtual meetings, in the weeks leading up to Jan. 6.

But he testified that the FBI report from Norfolk was not sent to email inboxes until the evening of Jan. 5, the night before the attack, which many officials never saw. Contee said it is not enough to send an email when officials like him are available for calls on their cell phones 24/7.

“I am not really relying on technology in the form of email, in hopes the information makes it to where it needs to be,” Contee said.

Faulty intelligence was just one in a string of problems outlined by witnesses.

Sund testified that Capitol Police did not have all the riot gear they needed, saying COVID-19 had delayed deliveries that would have made helmets available to all Capitol Police officers and not just those in the civil disturbance units.

He said Metropolitan Police were standing by and showed up, along with officers from other police departments in the region, relatively quickly after they were called for help. But requests for National Guard troops were delayed by the need to get approval from several different levels, eventually reaching the secretary of the Army – Contee noted that the mayor of Washington does not have authority to call out the D.C. Guard, which is under federal control.

The one thing all the lawmakers and the witnesses agreed on is that it should never happen again. Sund called it “essential that Congress take the steps necessary to ensure that something like this never happens again.”

That was echoed by Klobuchar.

“We owe it to the American people to figure out how the United States Capitol, the preeminent symbol of democracy around the world, could be overtaken by an angry, violent mob,” she said.