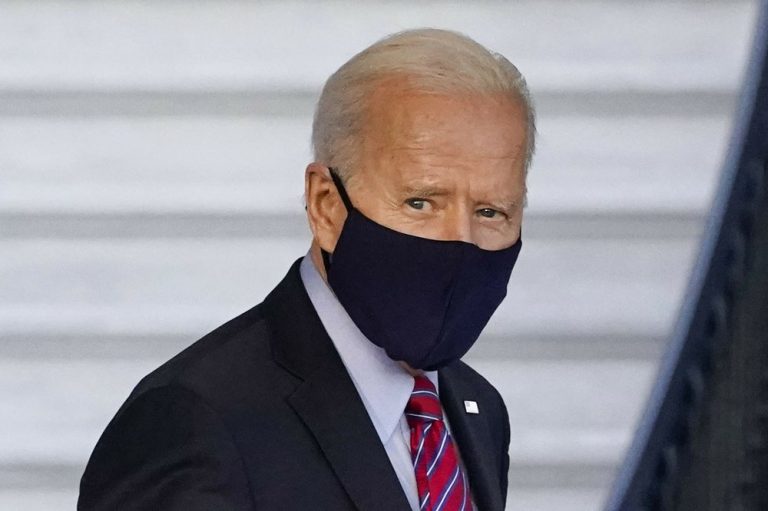 For more than 200 years, senators have lived by a set of norms and rules designed to give all Americans a voice in their government. These long-standing principles include the precedent of deferring to presidents on their cabinet appointments. But in 2017, Democrats broke that tradition by playing hardball with President Trump’s nominations. That was a mistake, but now a new standard is set for both sides. The Left cannot expect conservatives to go back to the same precedent that Democrats broke.

What’s more, Biden’s nominees are not the unifying leaders voters were promised. So, if conservatives are serious about defending America from the agenda of the Left, nominations are a great place to start. They should remember 2017 and follow the new precedent set by the Left — now is no time to back down.

In 2009, following Pres. Obama’s election, Senate Republicans quickly confirmed the president’s cabinet picks, despite serious policy differences. They confirmed 12 nominees in just the first three days of Obama’s administration. On average, Obama’s nominees were confirmed after 18.3 days, and nearly three-quarters were confirmed with a simple voice vote. They followed Senate custom and generally deferred to the executive on his Cabinet picks — and yet the Left still cried “obstruction.”

In 2017, however, Senate Democrats seemingly forgot 2009, and they chose to break that precedent. Led by then-Minority Leader Chuck Schumer, they weaponized the confirmation process, fighting tooth and nail to slow down the enactment of Pres. Trump’s conservative agenda. It took 25 days before Trump’s 12th Cabinet-level nominee was confirmed by the Senate — eight times as long as Obama’s. Only two nominees were confirmed in Trump’s first three days in office. Trump’s nominees took an average of 33.3 days to be confirmed (82 percent longer than Obama’s), and Democrats did not allow a single voice vote. Then-Sen. Kamala Harris supported just 3 of 35 significant Trump nominees.

So far, the Senate has decided to ignore how radical Biden’s nominees are and operate like it is 2009. Biden’s nominees are sailing through committees and floor votes with little opposition.  When deciding whether they should confirm Biden’s picks, conservatives should take a step back, remember how Senate Democrats treated President Trump’s nominees, and recognize that personnel is policy.

If there’s one nominee who deserves serious scrutiny, it’s Xavier Becerra, one of Biden’s most progressive nominees. In December, Biden nominated Becerra to lead the Department of Health and Human Services (HHS), one of the most far-reaching departments in our government. HHS oversees healthcare for millions of Americans through programs like Medicare and Medicaid and is currently the lead agency for our nation’s COVID response, including our vaccine program. It’s an extremely important role, which is why conservatives cannot sit back and let the nomination proceed unchecked.

Most past HHS nominees have been M.D.s or at least had relevant experience — before leading HHS, Alex Azar had previous experience at HHS and a pharmaceutical company, Tom Price was a physician, and Kathleen Sebelius served as the Kansas Insurance Commissioner. Becerra, on the other hand, has no medical experience. He served as a Democratic member of Congress for decades before serving as attorney general of California. His only real experience with the health system was advocating for government-run healthcare in Congress and suing other states to expand abortion nationwide. Even progressive Rep. Pramila Jayapal said she “would have liked to see the HHS secretary have public health experience.” I agree.

But it’s clear why Biden picked a lawyer with no medical experience: to appease the far-Left wing of his party. Becerra is no moderate. He has staunchly supported government-run, single-payer healthcare, which Biden claims to oppose. As far back as 1994, more than a decade before Obamacare, Becerra introduced legislation to create a single-payer health care system. In 2016, Becerra led the charge to expand Obamacare to cover illegal immigrants in California and argued, “That is what the rest of the country should do.” As attorney general, he spent much of his time suing states and religious organizations to expand abortion and contraception nationwide. He even brought a lawsuit against The Little Sisters of the Poor, renewing the years-long fight to force nuns to pay for birth control that violated their deeply-held religious beliefs in their insurance plans.

Biden’s nomination of Becerra is revealing. While Biden claims to oppose single-payer healthcare, subsidies for the healthcare of illegal immigrants, and other proposals from the Sanders wing of the party, Xavier Becerra never met a government program he didn’t like.

Radical Biden nominees like Becerra don’t deserve a moderate response steeped in the former Senate tradition. The Left held up conservative nominees for weeks and months, and now they want conservatives to let them speed progressive nominees through. It’s time for senators to take off the kid gloves: call additional hearings, question nominees, and ultimately vote against confirming Biden’s nominees. If Biden were serious about unity, he would withdraw Becerra, today. Until then, conservatives should pursue a unity of their own: a united front against radical nominees. The stakes are simply too high.

Jessica Anderson is Executive Director of Heritage Action for America. She wrote this for InsideSources.com.
All Posts »