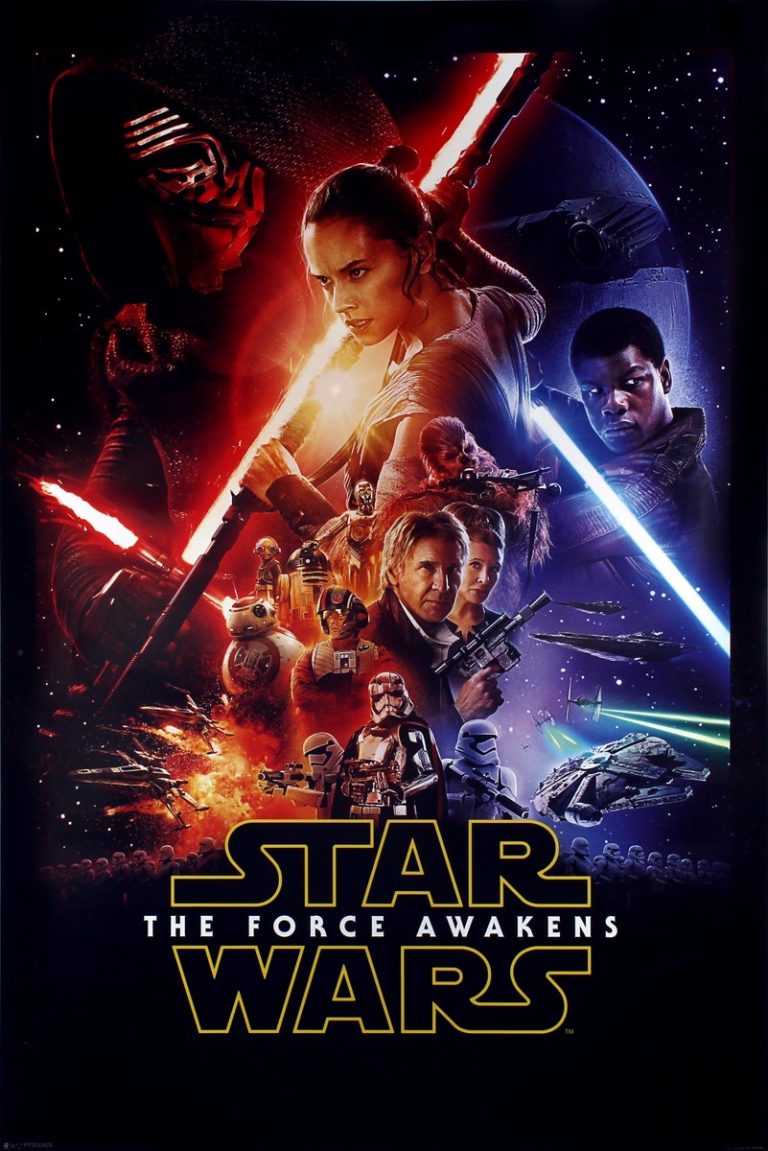 Previously, I talked about how pop culture has been gradually degenerating, leading to the decline of quality in mainstream cinema – but there’s more to it than that.

I mentioned how Hollywood executives seek profit above all else, casting aside creativity and originality just to make lackluster blockbusters. However, it doesn’t always work out in their favor.

Yes, their agenda does tend to succeed, but those times when it all falls apart are very noteworthy.

A prime example of a Hollywood agenda failing miserably is how Disney’s ineptitude led to the fall of Star Wars.

Here’s a rundown of the whole shebang from the beginning:

A long time ago, in a galaxy where movies were actually creative, a wise Jedi Master named George Lucas created a successful sci-fi fantasy franchise.

The first movie in the saga, A New Hope, came out in 1977. It was silly, whimsical (not to mention full of plot holes and goofy dialogue), and highly successful. Next came The Empire Strikes Back in 1980, regarded by most as the best. Then came Return of The Jedi (1983), which features the mighty Imperial army being defeated by a primitive race of fuzzy teddy bears with bows and arrows and simple guerrilla tactics.

Then came the prequel trilogy, starting with The Phantom Menace, which debuted in 1999, and was met with severe criticism because it suffered from something truly troublesome – extremely high expectations. Because of this, the flaws that the prequels had were criticized so intensely that George Lucas was poisoned to think that the fans hated him, so he took more of a backseat role and let other creators work on the various novels, comics, video games and other media (and the highly successful Clone Wars TV show).

And then came the beginning of the dark times. Lucas, after finally being completely fed up with and depressed about all the hate he got from the fans, decided in 2012 to sell the rights to Star Wars to Disney so he could retire in peace.

Some fans were worried about the future of Star Wars, but I think most had a positive outlook because of the success of other Disney movies like Pirates of the Caribbean and the Marvel Cinematic Universe films like the Iron Man trilogy.

Yet the start was rocky. The first act of Lucasfilm under Disney was to wipe out the beloved “Expanded Universe” (everything that wasn’t the 6 films). All the novels, comics, videogames, etc. were made non-canon and removed from the Star Wars history books, which was an act that was hated by nearly everyone. But they certainly couldn’t do anything worse, right?

Wrong. Then they cancelled the wildly acclaimed The Clone Wars TV show because its themes were deemed “too dark” for children, and they replaced it with a kid’s show called Rebels that was mediocre in comparison.

Then, in 2015, just three years after Disney acquired Lucasfilm, The Force Awakens premiered in theaters after a lengthy PR campaign that promised us that it wouldn’t repeat the mistakes of the prequels.

I could write for hours about how terrible the sequel trilogy was, but just to summarize it, not only were the sequels worse than the prequels, but they were so awful to the point where the majority of the fanbase has now come to embrace the prequels despite their flaws, since they were actual Star Wars films, not corporate cash-grabs.

The first one in 2015, The Force Awakens, was simply a bad film. The plot was a complete rip-off of the first one from ’77, the characters were flat and generic, and the writing was riddled with lazy plot points like how Poe (basically Han Solo 2.0) is presumed dead in a crash, yet his jacket is magically intact for his buddy to wear so the former’s robot soccer ball would recognize him to further the plot. It’s just frankly silly.

And the actor (Adam Driver) who basically carried the film was the villain – not even a good guy – and he was essentially a 30-something man behaving like an emotionally-unstable teenage boy with parental abandonment issues. Just one word: why?

And while the film did manage to score a sweet $2 billion at the box office, it was only because fan service and nostalgia bombs were enough to satisfy (brainwash) the masses (e.g., they showed an animatronic bird for 5 seconds as opposed to using that icky CGI that’s so contemptible).

Then came The Last Jedi, which was bad beyond words. And it was so bad that the next film, Solo, was a box office bomb, which was unheard of in the Star Wars franchise. Imagine this – the fans hated The Last Jedi so much that they caused Solo, which was a completely unrelated prequel about Han Solo, to fail at the box office solely out of protest.

And do you know what Disney did to deny that? They said that people didn’t see it because of “Star Wars fatigue.” They really expected us to believe that the fans refused to see a Star Wars film simply because they already saw one five months ago. Can you even believe that?

After that came The Rise of Skywalker, which was one of the worst movies that I’ve ever seen – it made Attack of The Clones look like The Godfather – and it was received so negatively by both the box office and the critics that Disney decided to stop releasing Star Wars films in theaters, instead having to rely on Disney+ and its popular The Mandalorian series to keep the Star Wars brand alive.

Now I’m sure you’re wondering how a powerhouse like Disney could mismanage a cash cow franchise like Star Wars so tremendously, and it’s simple: weak leadership, bad direction, and poor decision-making.

J.J. Abrams (Star Trek reboot trilogy) made the first sequel (The Force Awakens). Then they hired indie icon Rian Johnson (Looper) to make the next one (The Last Jedi). And you won’t believe this – he literally threw out Abrams’ script outline to tell his own story, so the narrative arc was essentially killed, and there was no collaboration between creators. And then get this – because The Last Jedi was so bad (or “divisive” as the “critics” say), Disney brought Abrams back, to finish the trilogy – firing the original director, Colin Trevorrow (Jurassic World) due to “creative differences.” And Abrams’ series finale (The Rise of Skywalker), retconned [retroactive continuity – ed.] Johnson’s entire film to the point where it was like it never even happened. Seriously, you can go right from The Force Awakens to The Rise of Skywalker without watching The Last Jedi and you won’t have missed a thing. It’s flabbergasting.

In short, it was horribly planned, there was no collaboration between directors, and the mediocrity of the films, themselves, was simply the cherry on top of the dumpster fire.

And what did Disney do to rectify this? Absolutely nothing. Instead, Disney-Lucasfilm decided to insult the fans by calling them everything from “manbabies” to “white supremacists” simply for disliking their films.

With all that ridiculousness said, there still remains a glimmer of hope for the entertainment industry.

Are you familiar with the movie Sonic The Hedgehog that came out last year?

If not, or if you just want a refresher, this is the gist of it: they made a movie adaptation of the Sonic The Hedgehog games, and everyone was thrilled up until the fateful day when they released the trailer and revealed the ultimate blunder – Sonic looked horrible. Hideous. Absolutely inexcusably horrendous.

It upset fans to the point where the trailer for the film managed to get just over one hundred thousand dislikes (50k on this video) and universal panning.

Just look for yourself. Those little creepy hands, that dirty-looking fur, those disconcerting teeth, those unsettling beady eyes. I have no idea what the animators were thinking. It’s so disturbing that it makes Toomgis look delightful in comparison.

And what did Paramount Pictures do? Something incredible – they completely redid the CGI to make it look decent and more faithful to the original design of the character, and the fans went mad with praise. Paramount learned from its mistakes, and the film ended up grossing well at the box office as a result.

To quote Yoda in The Last Jedi, “The greatest teacher, failure is.”

If every studio learned from negative feedback and criticism, the modern entertainment industry would be a lot better.

And what is the lesson here? Be like Paramount. Fix your failures. Don’t be like Disney and play mental gymnastics to publicly defend them while you secretly know how awful they are.

If more companies like Paramount did the right thing, not only would the entertainment industry be half decent, but it would be a better world.

And it still can be.