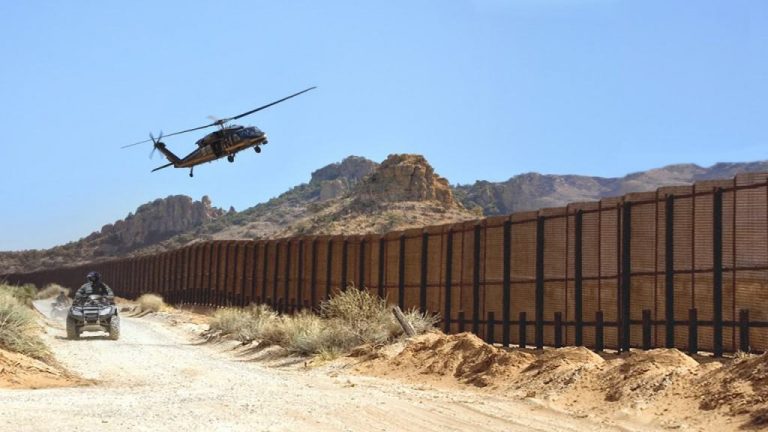 President Joe Biden has long made it clear he intends for immigration reform to be a top priority of his administration.

On his first day in office, he signed a stack of executive actions designed to dismantle the Trump administration’s immigration policy and institute new priorities. He ended construction of the border wall, imposed a 100-day deportation freeze, and released a comprehensive immigration plan opponents call an “amnesty.”

Biden’s plan even sanitizes the language, directing the DHS to change all future uses of “illegal immigrant” and “alien” to  the more benign “noncitizen.”

Many of these changes are cosmetic. But according to Jessica Vaughan, Director of Policy Studies at the Center for Immigration Studies, a fundamental change in immigration is underway, a change that members of America’s border security agencies say could bring even more changes to our immigration system.

“I’ve heard from multiple sources that dismantling ICE and ending its enforcement role was discussed by [Department of Homeland Security Secretary] Alejandro Mayorkas at a town hall meeting for ICE staff in San Antonio,” Vaughan told InsideSources. “The apparent purpose of this reorganization is to abolish immigration enforcement by starving the agency of resources, personnel, and authority, and at the same time stifle internal resistance by busting the deportation officers union.”

Vaughan’s report was confirmed to InsideSources by a border enforcement official who was not authorized to speak on the record. The source said border agents are demoralized by the anti-enforcement approach of the Biden administration.

“It’s gonna be a disaster. Because what appears to us is they’re going to dismantle standard immigration enforcement, but they’re going to do it under the guise of allowing ICE to expand its mission,” the source said. “What they’re saying is ‘we don’t want you to focus on identifying illegal aliens. We want you to focus on criminal investigations.’

“Most people don’t understand the majority of immigration law is administrative. That’s the reason ICE is able to make so many arrests. But if you make everything criminal, that means every alien that we arrest now — that’s a federal criminal case.”

And that, critics say, will bring basic border enforcement to a standstill. “It takes months to work up a case and then present it to the courts,” the source said. “Our enforcement work has come to an absolute standstill.”

It’s a sign of the outsized influence the so-called “Justice Democrats” like Alexandria Ocasio-Cortez have over the Democratic Party and by extension, the Biden administration. Their rallying cry on immigration has been “abolish ICE” and #NotOneMore [deportation], and Biden’s proposal could be a major step toward those goals.

The DHS declined to respond to requests for comment from InsideSources.

These outcomes are in line with the immigration policy fact sheet released by the White House on Biden’s first day in office. Biden’s proposals are the basis for The Bicameral U.S. Citizenship Act of 2021 is sponsored by Senator Bob Mendez (D-NJ) in the Senate and Rep. Linda Sanchez (D-CA) in the House. If passed, this legislation could effectively grant citizenship to 11 million currently undocumented immigrants.

Critics of the legislation find three elements particularly problematic: The eight-year path to citizenship, the lack of any kind of substantive border security, and measures to boost chain migration.

The Citizenship Act would shorten the citizenship process to eight years and allow illegal immigrants to apply for green cards after only five. Jessica Anderson, executive director at Heritage Action for America, recently wrote, “These actions from the new administration incentivize illegal immigration. By clearing the path to citizenship, the bill would encourage more people than ever to make it across the border. This faster green card process for children will encourage parents to take their small kids on the dangerous journey on which hundreds of migrants can die each year.”

As illegal border crossings are incentivized, critics of the bill are concerned by its lack of border security measures. When Biden ended the national emergency that was funding border wall construction, the White House claimed it preferred “smart border controls” to the physical barriers championed by the Trump administration.

The bill’s lack of any new provisions for increased security likely makes it a non-starter by Republicans. They want to see policies like identification requirements or background checks, and a mandate for businesses to use the e-Verify system to prevent undocumented workers from taking American jobs.

Once a migrant is admitted and receives a green card, chain migration would be made even simpler. Many would be exempted from annual per-country caps on employment-based green cards and family-based green cards. Family-based green cards would also be extended to include spouses, children under 21 years old, and partners in LGBT unions. The fact sheet specifically focuses on this last point saying, “the bill further supports families [sic] by more explicitly including permanent partnerships and eliminating discrimination facing LGBTQ+ families.”

Joe Biden has made many changes to immigration policy in the month he has been in office. As he supports the Bicameral U.S. Citizenship Act of 2021 and appears to favor the incremental abolition of ICE, his administration faces an uphill battle to win Republican support for reform. 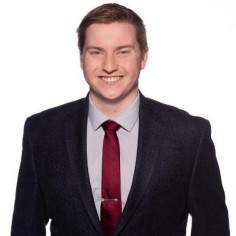