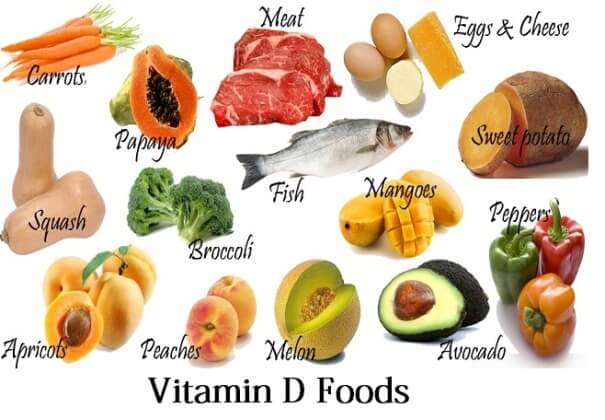 Could an over the counter capsule be a key in fighting COVID-19? More doctors say yes, and they’re urging health professionals to help eliminate vitamin D deficiencies – especially in patients of color and others disproportionately affected by the disease.

“Patients, especially patients who are hospitalized for COVID-19, should be given vitamin D supplementation … and it should be fast and aggressive,” said Dr. Vatsal Thakkar, a psychiatrist in Westport, Connecticut, who is one of more than 200 scientists and doctors worldwide pushing for “immediate widespread increased vitamin D intakes.”

Last month, Thakkar joined Richard Carmona, former U.S. surgeon general and professor at the University of Arizona, and John Umhau, a preventive medicine physician, in writing a column urging providers to identify and eradicate vitamin D deficiency to help combat COVID-19, which has infected more than 27 million Americans and killed about 490,000.

Fatality rates among those deficient in vitamin D also were higher compared to those with normal levels.

“This is one of numerous studies … establishing the correlation of low vitamin D levels with an aggravated course of COVID-19,” Thakkar, Carmona and Umhau wrote on the website MedPage Today.

Dozens more studies about potential links between the so-called “sunshine vitamin” and COVID-19 are underway in the U.S. and other countries.

Vitamin D helps the body absorb calcium and build strong bones but is also believed to enhance the function of cells that protect the body from pathogens and may help mitigate inflammatory responses if the body is under attack.

In its COVID-19 guidelines, the National Institutes of Health says research still isn’t sufficient to formally recommend “either for or against” the use of vitamin D in treating the disease.

Likewise, Great Britain’s National Institute for Health and Care Excellence concluded in December that there isn’t enough evidence to support supplementation of vitamin D to specifically prevent or treat COVID-19, although it does advise people to take a supplement in fall and winter.

Vitamin D is called the “sunshine vitamin” because the body makes it when skin is exposed to the sun, but it’s also found in fortified milk, juice, cereal and fatty fish.

Experts say about 40% of Americans suffer from a vitamin D deficiency, but those numbers are far higher among Black and Hispanic adults, as well as older people of all races and ethnicities – all of whom also face higher infection, hospitalization and death rates from COVID-19.

For those with deficiencies, and in winter months and places with fewer sunny days, doctors typically suggest supplements.

The recommended daily allowance for most adults is 600 international units, or 800 IU for those 71 or older, according to the NIH Office of Dietary Supplements. People should not take more than 4,000 IU per day. Extreme usage can cause calcium to build up in the body and could lead to kidney problems or other side effects.

Dr. Roger Seheult, an associate clinical professor at the University of California, Riverside, School of Medicine, said that even before COVID-19 started to spread, vitamin D supplementation was believed to reduce acute chest infections, but the evidence was never substantial enough to make a clear connection.

“A lot of people were very skeptical about this connection between vitamin D and COVID because they have been burned before,” he said. “Many times in the past, we’ve been given vitamin D, thinking that it was going to help, and in some cases it didn’t.”

This time is different, Seheult said.

“We can’t say for sure yet that … low vitamin D levels are causing the increased susceptibility. We just tend to see these things together.”

Seheult noted vitamin D is only one way to boost immune health. Others include “anything that has a berry in the name,” he said, pointing to elderberry, raspberries, blackberries and strawberries.

“Those things are just packed with antioxidants and are basically a recharge on your immune system,” he said.

“People are finding out how important this is for preventing all kinds of infections, not just COVID-19,” he said. “That’s why it’s one of the bestsellers here at the store.”

Matijevic said the best way to test for a vitamin D deficiency is through a blood test. When measured in nanomoles per liter, a minimum level of 50 is adequate for most people, according to the NIH. Levels above 125 could cause health problems.

Vaccinations against the coronavirus that causes COVID-19 began in Arizona in December, although a limited vaccine supply is restricting available appointments. About 4% of Arizona’s population had been fully immunized as of Wednesday.

Until more vaccines become available, Thakkar said, vitamin D should be used as a short-term solution to help protect against the grave toll of the virus.

PrevPreviousCOVID vaccines and supplies delayed by severe weather across most of the U.S.
NextOpinion: Shakespeare A Top Target For P.C. ‘Disruption’Next