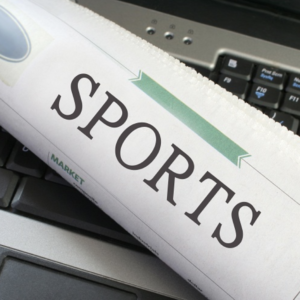 Back in 1962, when the Baseball Writers’ Association of America created a writers’ award and named it for J. G. Taylor Spink, they could not have foreseen the effect of racial protests generations later. Spink (1888-1962) was both the longtime publisher of the Sporting News and the award’s first recipient.  Recipients are honored for “meritorious contributions to baseball writing.”

Last year, members of the group began openly questioning Spink’s record on race. In October, they deferred action on whether to remove his name from the award. Then in January, Sporting News senior writer Ryan Fagan released his study of Spink’s years as publisher. Affirming the findings of historians, Fagan found the Sporting News editorializing in the 1940s against integrating professional baseball and ascribed those sentiments to Spink. Fagan also came across, especially in prior decades, racially offensive language, although not in articles with Spink’s byline.

On February 5, the group announced it had voted overwhelmingly to remove Spink’s name from the award. Four months earlier, it had similarly voted to remove Judge Kenesaw Mountain Landis, the 1920-to-1944 commissioner, from its most valuable player one. That one is now the BBWAA MVP Award, and the Spink Award is now the BBWAA Career Excellence Award.  But as soon as later this year, the group may consider renaming those awards after people without racial skeletons.

As for potential Black replacements, the two standouts prior to 1962 already appear on a national journalism award: the Sam Lacy-Wendell Smith Award created by the University of Maryland in 2013.  As for a White replacement, a mainstream, seamless and prestigious one – and who the BBWAA has yet to honor – would be Elijah W. “Bill” Cunningham (1896-1960), who died two years before Spink.

Perhaps most strikingly, Cunningham was the only journalist to pass a racial quiz in 1942 that Spink stumbled at. That year, Ric Roberts of the Baltimore Afro-American polled, by letter, 30 noted people who had some affiliation to baseball.  The journalists among them, besides Spink and Cunningham, were Hy Turkin, Francis Stan, Grantland Rice, Arch Ward, and Shirley Povich. Roberts revealed that only Cunningham and Spink had responded in some fashion. Roberts began by citing a Cunningham column in the Boston Herald titled, “The Color Line and Baseball: Negro Should Have Chance In Spite of Complications.”  In contrast, he noted a negative Sporting News editorial and cast it as reflecting Spink’s thinking.

Cunningham later appeared in the 1948 book Jackie Robinson: My Own Story, as one of 24 writers not assigned to cover Robinson’s team, the Brooklyn Dodgers, who had “supported the campaign in behalf of Negro baseball players.” Of the 24, only Cunningham wrote for a New England newspaper, the Boston Herald. And while none wrote for a Southern one, Cunningham hailed from Texas and was a reporter for the Dallas Morning News when the Ku Klux Klan was at its height there.

Upon his death, Editor & Publisher said he had “played a part in that paper’s battle against the Ku Klux Klan.” As explained in Dallas Magazine in 2017, “From 1921 to 1924, the News fought the Klan with news coverage and editorials; the Klan fought back with a damaging economic boycott that targeted not only the News but those who advertised in it.”  Also according to the article, roughly one-third of the White males in Dallas at the time were members.

At Cunningham’s next stop, the Boston Post, his articles on the 1936 Olympic Games in Germany “gave a clear, outspoken warning of what Hitlerism and Naziism [sic] really were,” the Herald said in its obituary in 1960.  And for his reporting in Europe at the end of World War II, he was nominated for the Pulitzer Prize.

In a 1945 column, Cunningham wrote, “We’re all trying to make this a better America and to help all people of goodwill find their rightful and respected places in it regardless of race, color or creed.”

In an April 1946 column, “Baseball Gives Negro Chance: Trouble Feared as South Still Outlaws Any ‘Social Equality,’” he described some of the discrimination against Jackie Robinson and Black Montreal teammate John Wright during their first minor league spring training in Florida. He wrote that baseball “is heavily populated with deep southerners who will talk with, work with and walk with a Negro, but who will not play games with him because, as none less than [baseball Hall of Famer and Georgia native] Ty Cobb once explained it to the writer, ‘that is social equality.’”

Howard W. Rosenberg is the author of the 2018 book “Ty Cobb Unleashed: The Definitive Counter-Biography of the Chastened Racist.” He is also the author of a four-book series on 19th-century baseball.
All Posts »