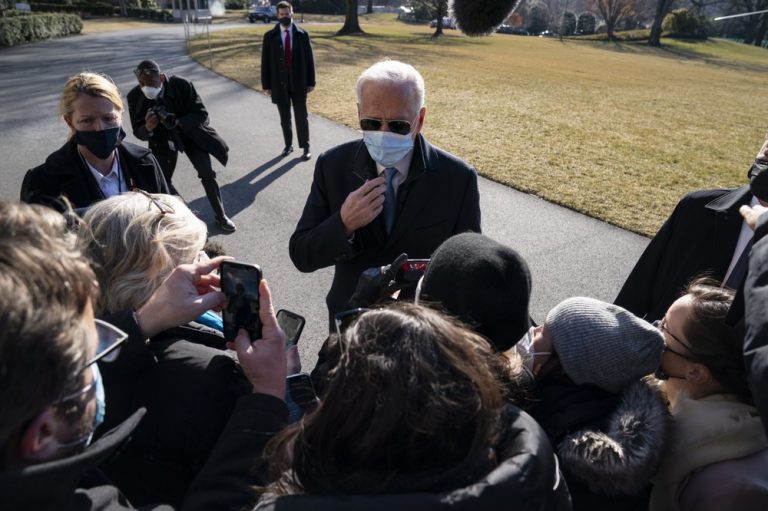 House Democrats on Tuesday muscled past Republicans on portions of President Joe Biden’s pandemic plan, including a proposed $130 billion in additional relief to help the nation’s schools reopen and a gradual increase of the federal minimum wage to $15 an hour.

Democrats on the Education and Labor Committee say schools won’t be able to reopen safely until they get an infusion of federal funding to repair building ventilation systems, buy protective equipment and take other steps recommended by federal health officials. The plan faces opposition from Republicans who want to tie new school funding to reopening.

The panel met Tuesday to craft its portion of a $1.9 trillion COVID-19 relief package that tracks with Biden’s plan for battling the pandemic and reviving a still staggering economy. Democrats hope to rush the bill to Biden for his signature by mid-March, using a special budget-related process allowing certain legislation to be approved by a simple majority.

Rep. Bobby Scott, chair of the Education and Labor Committee, dismissed complaints from Republicans who objected to use of the process.

“We must address the urgent needs of the people now,” said Scott, D-Va., “The multiple crises affecting our communities will grow worse every day if we do not act. We must recognize that we cannot afford to prioritize process over the urgent needs of people across this country.”

House Republicans attempted dozens of changes to the legislation at a hearing that stretched late into the evening. They proposed amendments to limit funding only to schools offering in-person instruction, or to steer aid to families if their schools continued operating online. On the wage increase, they sought to exempt small businesses or certain rural areas. It appeared all of the amendments would be defeated.

Biden has made reopening most of the nation’s K-8 schools within his first 100 days in office a key goal. The issue has become increasingly heated as some school districts face gridlock with teachers who have refused to support reopening until their demands are met. Biden’s plan for $130 billion in school funding is in addition to more than $8 billion from previous relief packages.

In a tweak to Biden’s plan, the Democratic proposal would require schools to reserve at least 20% of the funding for efforts to address learning loss, including after-school programs and summer classes. The bill also matches Biden’s proposed $40 billion for colleges and universities but, unlike the White House plan, makes private colleges eligible for relief.

Democrats also tucked in a new limit on for-profit colleges that the party has pushed for years. The proposal would prevent for-profit colleges from accepting more than 90% of their overall funding from federal sources. An existing federal law includes that cap for some federal sources but excludes funding from the GI Bill and other veterans programs.

Republicans blasted the legislation in its entirety, saying schools have already received billions in aid and are safe to reopen. They cited data from the Centers for Disease Control and Prevention showing that social distancing and wearing a mask significantly reduce the spread of the virus in school settings.

“Students are falling behind, and mental health issues are on the rise. We know the costs of keeping schools closed are high. So why are schools still closed?” said Rep. Virginia Foxx, R-N.C., the ranking Republican on the Education and Labor Committee. “Unfortunately, this bill is full of partisan policies disguised as COVID relief measures.”

The lawmakers’ dispute reflected the complexities and frustrations of the national debate over reopening schools. Republicans proposed several variations of the same idea: to limit funding to schools that don’t reopen. Rep. Gregory Murphy, R-N.C., sought to block funding from schools unless they bring at least high-needs students back to the classroom.

Scott countered that schools can’t make changes needed to reopen safely unless they get the funding in Biden’s plan.

Republicans also signaled a fight over standardized testing, backing a proposed change to prevent relief funding from being used on academic assessments. Republicans say states should be exempt from federally required tests this spring because of the pandemic, while some Democrats say it’s necessary to identify and help students who have fallen behind.

The $350 billion portion of the bill before the committee also includes Biden’s plan to raise the minimum wage from $7.25, where is has been since 2009. The proposal calls for gradual increases that would reach $15 over five years. It faces an uphill climb, however, and even Biden has said it likely won’t survive.

Senate Majority Leader Chuck Schumer, D-N.Y., told reporters Tuesday that Democrats were trying to overcome a potential procedural obstacle that could prevent them from including the wage increase in the COVID-19 relief bill.

“We’re trying to work as well as we can with the parliamentarian to get minimum wage to happen,” Schumer said.

Under Senate rules, provisions cannot be included in the special procedure Democrats are using if the language’s impact on the budget is only secondary to its main thrust. It is up to the chamber’s nonpartisan parliamentarian to determine that, though it would be possible for Democrats to vote to ignore that ruling. The fast-track process Democrats are using would let them prevent a GOP filibuster.

The minimum wage boost faces other significant challenges, including opposition from Republicans and a wariness by some Democrats arguing it would hurt small businesses, especially during a pandemic.

Also on Tuesday, Biden met with five business leaders, including the heads of JPMorgan Chase, Walmart, Gap, Lowe’s and the U.S. Chamber of Commerce.

Biden said the meeting was a chance to find common ground with the business community.

“We’re going to talk about the state of the economy, the recovery package. We’re going talk a little bit, God willing, about infrastructure down the road, and also about the minimum wage,” Biden said at the start of the meeting.

The president said he has been “exchanging correspondence and telephone calls with Republicans to see if we can follow up beyond where we are with members of House and Senate,” even as Congress is moving forward with a budgetary process that will enable them to pass the relief package along party lines.