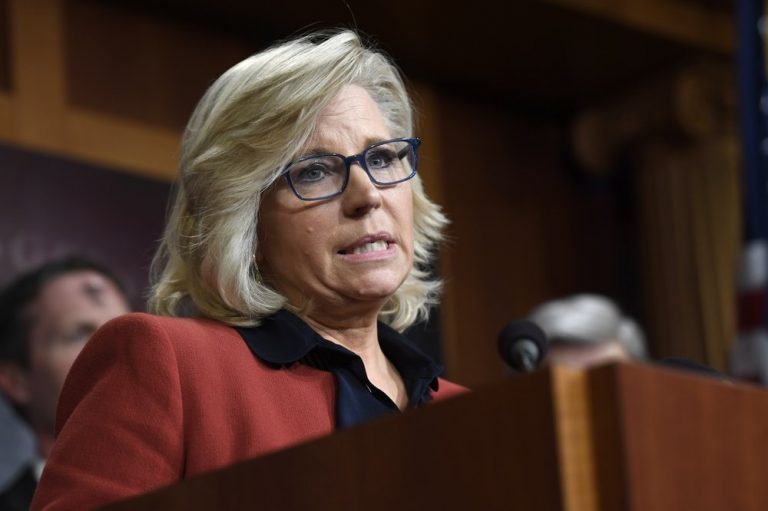 The Wyoming Republican Party voted overwhelmingly Saturday to censure U.S. Rep. Liz Cheney for voting to impeach President Donald Trump for his role in the Jan. 6 riot at the U.S. Capitol.

Only eight of the 74-member state GOP’s central committee stood to oppose censure in a vote that didn’t proceed to a formal count. The censure document accused Cheney of voting to impeach even though the U.S. House didn’t offer Trump “formal hearing or due process.”

“We need to honor President Trump. All President Trump did was call for a peaceful assembly and protest for a fair and audited election,” said Darin Smith, a Cheyenne attorney who lost to Cheney in the Republican U.S. House primary in 2016. “The Republican Party needs to put her on notice.”

Added Joey Correnti, GOP chairman in Carbon County where the censure vote was held: “Does the voice of the people matter and if it does, does it only matter at the ballot box?”

Cheney has said repeatedly she voted her conscience in backing impeachment for the riot, which followed a rally where Trump encouraged supporters to get rid of lawmakers who “aren’t any good, the Liz Cheneys of the world.”

Far from leading a peaceful demonstration, Trump “summoned this mob, assembled the mob, and lit the flame of this attack,” Cheney said in a statement ahead of the Jan. 13 impeachment vote.

In a statement after the state GOP vote, Cheney said she remained honored to represent Wyoming and will always fight for issues that matter most to the state.

“Foremost among these is the defense of our Constitution and the freedoms it guarantees. My vote to impeach was compelled by the oath I swore to the Constitution,” Cheney said.

Republican officials said they invited Cheney but she didn’t attend. An empty chair labeled “Representative Cheney” sat at the front of the meeting room.

The censure vote was the latest blowback for Cheney for joining nine Republican representatives and all Democrats in the U.S. House in voting to impeach. Just three months after winning a third term with almost 70%, Cheney already faces at least two Republican primary opponents in 2022.

They include Republican state Sen. Anthony Bouchard, a gun-rights activist from Cheyenne, who was at the meeting but not among those who spoke. Smith also has said he is deliberating whether to run for Congress again.

On Jan. 28, Republican U.S. Rep. Matt Gaetz, of Florida, led a rally against Cheney in front of the Wyoming Capitol. About 1,000 people took part, many of them carrying signs calling for Cheney’s impeachment though several were supportive.

Cheney will remain as the third-ranking member of the House GOP leadership, however, after a 145-61 vote by House Republicans on Wednesday to keep her as conference committee chair.

Trump faces trial in the U.S. Senate on Tuesday over allegedly inciting insurrection when a mob of supporters stormed into and rampaged through the Capitol after the nearby rally led by Trump and close allies.

“Let’s resist this infusion of left-wing cancel culture to try to censure and get rid of anybody we disagree with,” said Alexander Muromcew with the Teton County GOP.

Momentum for censure had been growing for weeks as local Republicans in around a dozen of Wyoming’s 23 counties passed their own resolutions criticizing her impeachment vote.