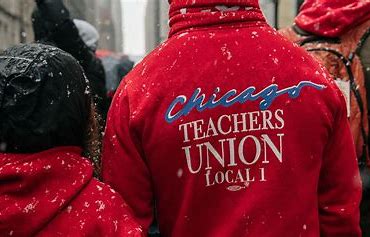 As district school closures enter their 11th month, many parents are frustrated and angry. They may see private schools that have been open for in-person learning since the start of the academic year and wonder why their own children are forced to endure remote schooling indefinitely. They may ask why in some parts of the country district schools have been open for in-person learning for months.

To a large degree, the answer lies in the power and influence of local teachers unions to determine whether or not schools reopen for in-person classes.

As a case in point, district schools in Montclair, New Jersey, located just outside of New York City, have been closed for in-person learning since the spring and may remain closed until next year as recent negotiations with the area’s powerful teachers union broke down. The Montclair Education Association demanded additional school funding and costly safety measures before they would agree even to a hybrid model of reopening, with part-time student attendance. A representative from the statewide New Jersey teachers union, which supports the Montclair union’s actions, told the New York Times that everyone should accept “interruptions in learning for maybe another year.”

A similar story has emerged in Chicago, where in-person schooling plans continue to be delayed this week due to the Chicago Teachers Union blocking the reopening. According to the Chicago Tribune, Chicago Mayor Lori Lightfoot had expected district schools to reopen on Monday for the 60,000 elementary school students who had registered to return for in-person classes, but the mayor had to cancel these plans when the teachers union resisted.

The Chicago Teachers Union made headlines in December when it tweeted that the “push to reopen schools is rooted in sexism, racism, and misogyny.” The union later deleted the tweet, but it wasn’t the first time the Chicago Teachers Union raised eyebrows on social media. In August, the union responded to a video of a faux guillotine placed in front of Amazon founder and CEO, Jeff Bezos’s, house, tweeting: “We are completely frightened by, completely impressed by and completely in support of wherever this is headed. #Solidarity.”

In San Francisco, the teachers union is demanding, among other things, lids on all school toilets as a condition of reopening, even though no COVID cases have been linked to toilets. These actions suggest that science isn’t always the driving force behind union demands.

According to data analyzed by Education Next, more than half of all US students are fully remote this year, and only about one-quarter are fully in-person, with the remaining students in some type of hybrid setup. Millions of schoolchildren haven’t been inside a classroom since last March. It’s becoming increasingly clear that the remote schooling experience has led to dismal results for many students, yet their schools remain closed despite research showing that schools aren’t super-spreaders and that they can reopen safely for students and teachers alike. The US has been alone in its widespread and ongoing school closures. Why is this?

The correlation between ongoing school closures and local teacher union influence is hard to ignore. Research by Corey DeAngelis of the Reason Foundation and Christos Makridis of Arizona State University revealed that schools were likely to remain closed for in-person learning in areas where teacher unions are particularly powerful. In fact, continued school closures were unrelated to COVID-19 risk in terms of cases and deaths in the school district’s county. They concluded that “reopening decisions have more to do with influence from teachers’ unions than safety concerns.”

Another paper by researchers at Brown University found a similar correlation between teacher union strength and school reopening plans.

Like any government-sector labor union, teachers unions are primarily concerned with protecting the jobs of their members while securing higher pay and benefits. But by pushing hard to keep schools closed, they may be accelerating their own demise and turning parents and taxpayers steadily away from public schools.

This academic year, there has been an exodus of children from district schools toward private schools and independent homeschooling. According to the Associated Press and Chalkbeat, public school enrollment has declined in 33 states this school year as parents switch to private education options. Homeschooling has more than doubled during the pandemic, and many private schools are seeing surging enrollments. Some families are also turning to high-quality, privately-run online learning programs rather than continue with their district’s often lower-quality remote schooling.

While their enrollment has been declining over the past several years, Catholic schools have seen renewed interest during the pandemic and are safely and successfully meeting parent demand for in-person learning. An editorial in this week’s Wall Street Journal explains that when teachers unions in Massachusetts announced delayed openings and remote schooling last fall, Boston’s Catholic schools gained students. “Just as significant,” writes Journal columnist William McGurn, “Catholic schools prove you can keep classrooms open while keeping Covid-19 at bay, which gave teachers unions another reason to resent them.”

While it may be rooted in resentment, the competition that public schools are experiencing from open private schools is having an impact on their behavior. The Brown researchers who revealed a correlation between teacher union strength and school re-openings also found that districts with competition from a large number of Catholic schools in the same area were more likely to remain open for in-person learning or to reopen than district schools in areas without such competition.

The Nobel Prize-winning economist, Milton Friedman, wrote about the monopolistic power of government-run schools and advocated for education choice policies, such as vouchers, that would encourage more competition among schools and provide parents with more choice, variety, and influence over their children’s education. He wrote: “You cannot make a monopolistic supplier of a service pay much attention to its customers’ wants — especially when it does not get its funds directly from its customers. The only solution is to break the monopoly, introduce competition and give the customers alternatives.”

Support for school choice policies has grown during the school shutdowns, with a RealClear Opinion Research survey revealing an increase last fall to 77 percent of respondents favorable to such policies. Now, according to Reason’s DeAngelis, more than a dozen state legislatures have introduced bills to significantly expand school choice policies, including offering education savings accounts (ESAs) in which tax dollars fund students not school systems.

School closures have empowered parents in unprecedented ways, handing them back the reins of their children’s education and prompting them to demand more for their kids. Newly emboldened, parents aren’t likely to kowtow to district directives once schools fully reopen. Many of them will find they prefer their current private education options and value more educational freedom and flexibility. The bureaucratic structures and union influences that have long preserved conventional district schooling have been dramatically weakened and will not easily rebound now that parents are back in charge. The result may be the first large-scale transformation in education in more than a century.

“We are in a major shift from how we thought about teaching children and running schools for 100 years,” Vanderbilt University’s Joseph Murphy told the Wall Street Journal earlier this week. “Parents have shifted to the place where they feel they need more direct involvement and greater responsibility for what happens with their children.”

The longer schools stay closed and teachers unions squabble with district administrators over reopening plans, the more parents will pull their children out of district schools for better options.

This article was originally published on FEE.org