On the Debased State of Popular Culture 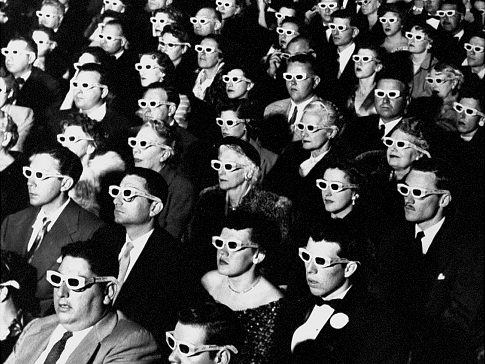 Have you noticed that pop culture has been steadily deteriorating and regressing? Have you observed that Hollywood movies, TV shows, and the entertainment industry, in general, have been stagnant for ages, with only box office goals and sociopolitical agendas powering the creative process?

Have you felt that creativity has died, and that the same generic, formulaic content is churned out and regurgitated continuously like cheap plastic goods on an assembly line in a filthy, illicit sweatshop?

If you haven’t, I envy you. If you have, you’re not alone.

In this modern world, the greedy bigwigs in the entertainment industry – fueled by their ever-increasing desire to make money – have now grown dollar signs for eyes and have since decided to prioritize profit over quality.

As a result, the creative process has been effectively destroyed, as producers are now unwilling to take risks or try anything new. Instead, their only goal is making blockbuster films, regardless of how mediocre or recycled their productions are.

Gone are the days of 2001: A Space Odyssey, which, in the modern era, would probably be considered “too long” or “convoluted.”

Gone are the days of epics like Gladiator, when the story was thrilling, original, and emotional – unlike the films that followed, which are hollow, derivative knockoffs with unlikable characters and rehashed plots that leave us bored or uninterested.

And gone are the days of legendary classics like The Matrix, where diversity wasn’t relevant to the plot. Yes, the cast was multiracial. Yes, the bad guys were all white and male, but so what? Nowadays, “diversity” is shamelessly shoehorned into nearly every mainstream film or TV show, where almost every minority character is now unrealistically overpowered for “inclusion,” or just a poorly developed side character that’s only included to appease the angry masses. And white male characters are now usually either useless as the good guys or evil as the bad guys.

A movie that fits the bill perfectly is Men in Black: International, which stars a young, determined black woman who can do pretty much anything, and her lackadaisical white male sidekick, who’s about as inept as a deaf bat. And there’s even a scene where a high-ranking female agent is complaining about how the agency is called “Men in Black” instead of “Men and Women in Black.”

So, this focus on complying with political correctness, catering to the far-left, and prioritizing “diversity” above characterization are, essentially, killing storytelling. How can one feel at ease enough to create a masterpiece if one must be careful to make sure to represent and include a member of every race, sex, and orientation? It’s madness.

And it’s not just filmmaking. Sardonic, irreverent comedians of old, like George Carlin, whose intriguing rants on counterculture with offensive titles and controversial subject matter would, in this current era, be immediately boycotted and shut down without any kind of context considered when the entire point of his rants is the context. But the society we live in doesn’t care enough to look deep – they see something that they don’t like at face value, and they shut it down or look away. Are you familiar with the phrase, “Don’t judge a book by its cover”? They don’t seem to be.

Fortunately, we still have South Park, which is irreverent, controversial, and profound underneath all the offensive material, and it still lampoons cultural trends. However, even South Park has started to dull down both the irreverence and the writing material, which is likely because Trey Parker and Matt Stone don’t want to be “cancelled” for joking about the “wrong thing” like others have been. 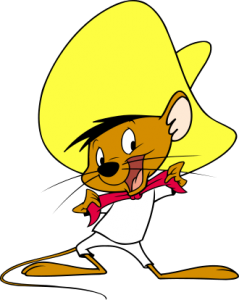 You know Speedy Gonzales from Looney Tunes? Now he’s thought of as an insensitive racial stereotype that seeks to mock Latino culture. But wait, what’s that? We Mexicans love him and find him funny? No, that can’t be, since the powers that be told us that we should be offended, therefore we must be.

Moreover, do you remember when it wasn’t a contest to see who’s the most tolerant? Remember when people either got along or just avoided each other? Seems like an eternity ago. The Amazing World of Gumball, a kid’s show on Cartoon Network, described it best when Gumball’s friend, Darwin, an anthropomorphic talking goldfish said, “Tolerance on the internet these days is more about destroying people in an argument.”

The world has become so intent on trying not to ruffle anyone’s feathers that we’ve created a generation of oversensitive snowflakes who get offended about the slightest thing to the point where they legitimately sabotage pop culture and ruin our society. And for what? What have we gained from that? I’ll tell you – we’ve “gained” (using that verb loosely) a new wave of culture, where the movies are all bland, shallow husks that seek to reach as wide of an audience as possible instead of being authentic and bold enough to be controversial. The mob is kept at ease (for the most part), but society stagnates.

Gee, yet another remake of this movie that I’m bored of. It’ll probably suck, but I’ll watch it anyway just for the slightest glimmer of remembrance of the hallowed times of yore.

Oh boy, can’t wait to watch yet another romantic comedy where two, seemingly incompatible people meet, bicker, then fall in love. Uh oh, there’s that “all is lost moment” where something goes wrong (usually the man makes a faux pas or some dangerous truth is revealed), but it’s ok, because they’ll make up and get together at the end. How thrilling.

Awesome, can’t wait to go see this new drama film with a “positive” message that only seeks to lecture us instead of inspiring us.

And then there’s those generic action movies – usually featuring either an older star with a younger supporting cast, or the most relevant 30-somethings of the time – with an over reliance on CGI and mindless violence. These films prioritize shallow, turn-off-your-brain type excitement – leaving originality, witty dialogue, and, you know, plot in the dust.

Thankfully, there are those few screen adaptations like The Road that aren’t rehashed and soulless, or those occasional films and TV shows that try something new and/or bold. But what happens to them nearly every time? Hmm… let’s see… oh, yeah, The Road was a box office bomb, and those original stories that dared to be bold, such as The Fall (2006) Children of Men, and Cloud Atlas bombed as well. And why did they perform so miserably at the box office? Three reasons:

A quick example of that is in Terminator: Dark Fate, which has the heroes cross the border and literally get locked in cages just for the audience to see that and go, “wow, that’s bad.” It’s obviously bad, but was it necessary to be included in a sci-fi franchise about murderous time-traveling robots? No, because it was irrelevant to the plot, and it was only featured for sociopolitical reasons.

So, I’m obviously disappointed with the state of today’s culture, and I imagine that you are, too. But what’s the solution? What can we do? I’ll tell you. All we, as both members and influencers of society, can truly do to put an end to this massacre of film and media is just not consume it.

And it’s not even that hard. Simply refusing to buy tickets helps the cause, almost like how hunger strikes work. Solo: A Star Wars Story and The Rise of Skywalker were box office bombs to the point where Disney decided to stop releasing Star Wars movies in theaters, and it happened simply because the fans just refused to see them because of how bad The Last Jedi was. Now THAT is what I call “power to the people.”

This clearly shows that we’re capable of putting a stop to this madness before it’s too late by simply refusing to give in to mediocrity, forcing producers to give us content that’s actually good.

I mean, for crying out loud, REDDITORS of all people managed to sabotage the stock market and cost those Wall Street fat cats BILLIONS. If they can do that, then we can do anything.

1 thought on “On the Debased State of Popular Culture”