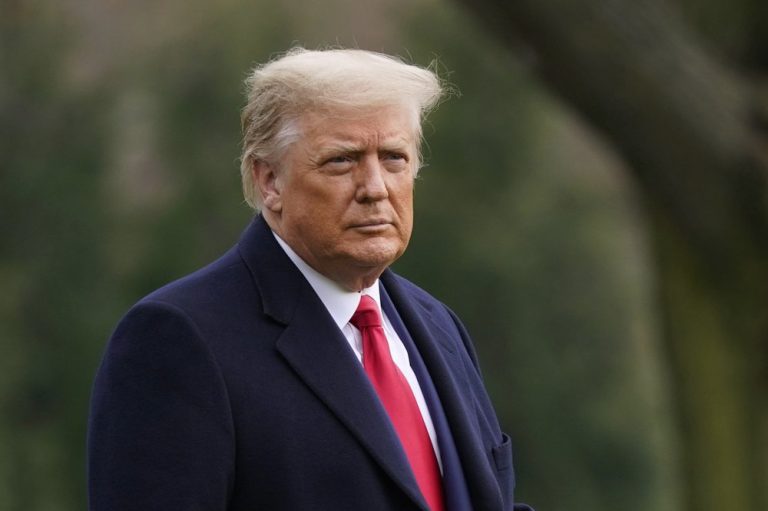 Democrats are using the upcoming Senate impeachment trial of Donald Trump as a political “weapon” to bar the former president from seeking office again and are pursuing a case that is “undemocratic” and unconstitutional, one of his lawyers said Monday night.

Trump faces trial next week on accusations that he incited a harrowing and deadly siege at the U.S. Capitol on Jan. 6, when a mob of loyalists in town for a rally supporting the president overran the police and stormed the building. The House passed a single article of impeachment against Trump one week before he left office, A trial would allow Democrats to present evidence against Trump and hold him publicly accountable for the attack.

However, whether a Senate trial is constitutional is a point of contention because Trump is no longer in office and, if convicted, cannot be removed from an office he doesn’t occupy. Democrats point to an 1876 impeachment of a secretary of war who had already resigned and to opinions by many legal scholars. The Senate could vote to bar Trump from holding federal office if he were convicted, which is a goal Democrats support.

On the eve of expected legal briefs from lawyers for both sides, Trump attorney David Schoen’s appearance on Fox News forecast some of the arguments he plans to make at the trial, calling the case needlessly divisive as well as unconstitutional and undemocratic.

“It’s also the most ill-advised legislative action that I’ve seen in my lifetime,” Schoen said.

Trump is the first president in American history to be impeached twice. He was acquitted at a Senate trial last year over his contacts with his Ukrainian counterpart. Impeachment, Schoen said, “is the weapon they’ve tried to use against him.”

The new case was an effort to bar Trump from ever running for office again, Schoen said, “and that’s about as undemocratic as you can get.”

Schoen, a criminal defense and civil rights lawyer, and Bruce Castor, a former county prosecutor in Pennsylvania, were announced as Trump’s legal team on Sunday evening, one day after it was revealed that the former president had parted ways with another set of attorneys in what one person described as a mutual decision.

In an interview with The Atlanta Journal-Constitution, Schoen said he did not plan to argue that Trump lost the election because of fraud, as Trump has repeatedly insisted, and would instead argue that the trial itself is unconstitutional since Trump has already left office and that his words were protected by the First Amendment and did not incite a riot.

House Democrats plan to lay out what happened on Jan. 6 in graphic detail — an effort to get through to Senate Republicans who have largely avoided talking about the attack itself and Trump’s role in it, instead focusing on the process of the impeachment trial. They are expected to play videos and verbally recount the violence of the day in hopes of stirring the Republicans, most of whom fled the Senate that day as the rioters broke in.

The nine House impeachment managers who will argue the case also are expected to lay out how they believe Trump’s actions over the previous several months led up to it and eventually incited the insurrectionists to act.

Their arguments will include a look at Trump’s “prolonged effort” to persuade his supporters to believe his false claims that the election was stolen — and describe how his pleas for them to come to Washington and his words immediately before the attack directly caused it.

The mob that broke into the Capitol as the House and the Senate tallied electoral votes not only ransacked the building but repeatedly called out for House Speaker Nancy Pelosi and for Vice President Mike Pence, who was in the building to preside over the count.

PrevPreviousOregon 1st state to decriminalize possession of drugs
NextOpinion: What the Biden Administration Can Expect To Meet in CourtNext