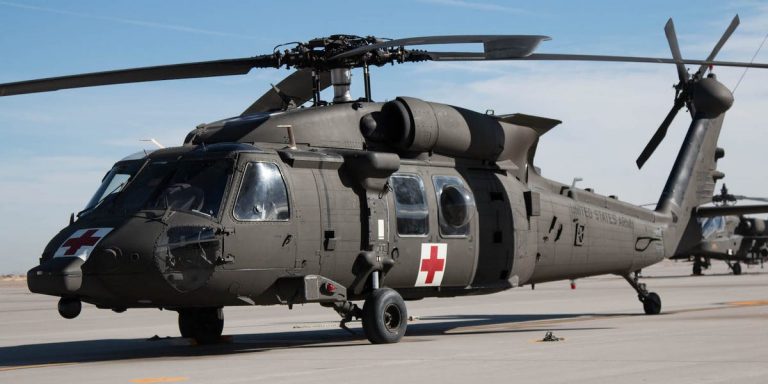 On January 24th, 2021, around 6:30 PM, the Yavapai County Sheriff’s Office received a call from three hikers who were stuck on Bear Mountain. The hikers told dispatchers that they had been hiking for roughly eight hours and repelled down a cliff about 200 feet and were now stuck. The group had limited battery life on their phones, only a few supplies, and weren’t prepared for the extreme weather. The hikers, a woman and two men all in their mid-20’s, are from the east coast.

Search and rescue crews and volunteers from Yavapai, Coconino, Gila and Maricopa counties were immediately deployed, along with DPS Ranger and the Air National Guard Blackhawk helicopters. As ground teams hiked for 2 days through extremely rough terrain and 18 inches of snow, weather conditions prevented several attempts by aircrews to rescue the hikers.

“I can’t express how dangerous the conditions were for our first responders. They risked their lives and worked around the clock in an effort to get to the stranded hikers. I want to thank them for all of their efforts and their continued service to our county and our state,” said Sheriff David Rhodes, Yavapai County Sheriff’s Office.

Sheriff’s personnel remained in communication with the group by cell phone to assess their condition and provide updates and encouragement on the rescue effort. The families of the hikers were also in contact with rescue personnel for the latest information on their loved ones.

Around 4 PM on Tuesday afternoon, January 26th, the weather cleared, and the Air National Guard Blackhawk helicopter was able to launch, rescuing all three hikers. They were transported to the hospital and treated for weather-related injuries.

“Considering the severe weather, these hikers are extremely lucky to be alive. This is an important reminder to pay attention to the weather conditions before embarking on our trails. Winter or summer, Arizona trails can be dangerous if you aren’t prepared,” said Sheriff Rhodes. “We don’t want anyone to be stranded and the lives of our first responders were put at risk during this mission.”

Thank you to Coconino, Gila, and Maricopa County Search and Rescue teams and volunteers who responded to the scene. In addition, we appreciate the support from the DPS ranger and the Air National Guard Blackhawk  helicopter that provide air support during this mission.

Video of the team hiking in can be found here

Video from the Air National Guard  is here