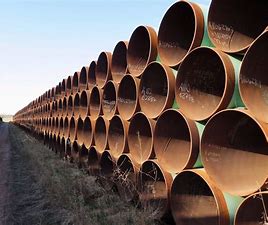 Among the list of things President Joe Biden has reportedly promised to do immediately upon taking office is reversing President Donald Trump’s approval of the Keystone XL oil pipeline. Such a move would signal a return of the job-killing and energy price-boosting climate change agenda of the Obama administration.

The proposed pipeline, which would transport Canadian crude oil through Montana and South Dakota to link up with existing pipelines in Nebraska, was under consideration for most of the Obama administration’s eight years. A very extensive environmental review – Obama kept asking for more and more information until it reached 3,500 pages – finally concluded in 2014 that the proposed pipeline is the best available option.

That’s right, the federal government’s analysis found the greater danger is in not building the pipeline because it would lead to the oil being transported via less safe and less efficient alternatives such as trains and barges, resulting in more spills and more greenhouse gas emissions.  Nonetheless, in 2015 President Obama bowed to politics and rejected the pipeline.

In 2017, President Trump reversed this decision and greenlighted Keystone XL as part of his domestic energy dominance agenda, though the project has been held up in litigation since.  This delay now gives Biden the chance to pick up where Obama left off.

Killing this one project is bad enough. Its construction would employ up to 20,000 workers, many of which from unions whose leadership supported Biden’s candidacy, and it would supply 830,000 barrels of oil per day once it is up and running.  Even worse, making Keystone XL’s demise a day-one-priority suggests many more such project rejections in the next years – projects that America needs to keep up with growing domestic production.

The shale revolution – using hydraulic fracturing techniques to produce previously inaccessible oil and natural gas locked in shale formations common in several parts of the country – has profoundly benefited the U.S. The long-held “expert” consensus that America is running out of oil has been replaced by the reality of record production levels.  Our nation’s revived domestic energy sector now supports nearly 3 million more jobs.

The increased oil and gas production is also saving consumers an estimated $2,500 per household annually in the form of lower utility bills and cheaper prices at the gas pump.

And unlike politically-favored alternative energy sources like wind and solar, the shale revolution produced this abundance of affordable energy and jobs without massive taxpayer funded subsidies.

None of this matters to climate activists and apparently to Mr. Biden, who see all fossil fuels as bad and better off left in the ground.  They know that the energy boom can continue only to the extent the energy supplies can be delivered to where they are needed, and our nation’s energy infrastructure is straining to keep up.

Beyond Keystone XL, there are other proposed oil pipeline projects seeking approval, as well as natural gas pipelines and other elements of our energy infrastructure.  And virtually all of them could be under attack.

The very fact that Keystone XL isn’t uniquely dangerous nor unpopular – despite loud activist opposition, the people who actually live near its proposed path vote overwhelmingly for project supporters, including all six U.S. Senators in the three most impacted states – suggests that no oil or natural gas-related project is safe from White House opposition.

If Biden does indeed make a priority of killing Keystone XL, it would be a very bad sign for affordable energy and jobs over the next four years. 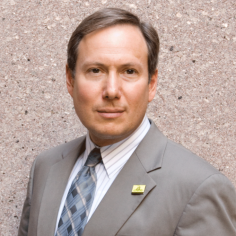 Ben Lieberman is a senior fellow at the Competitive Enterprise Institute, a free-market think tank. He wrote this for InsideSources.com.
All Posts »