State capitols boarded up, fenced off, patrolled by troops 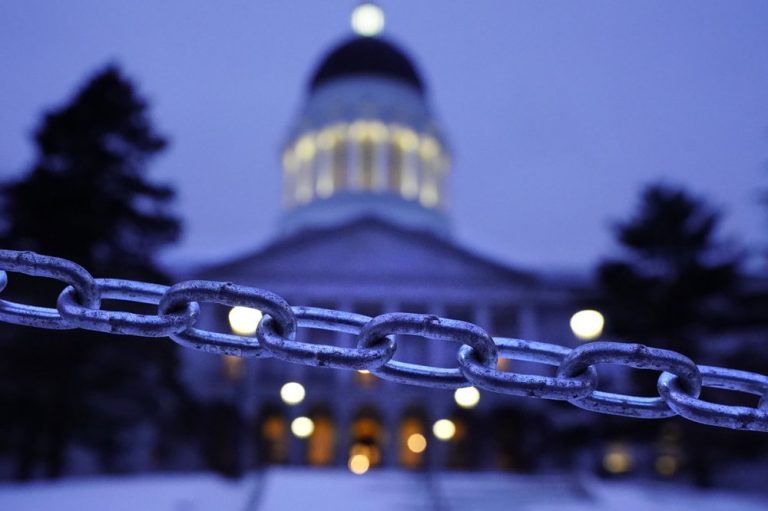 A double row of chain-link fencing circles the Arizona State Capitol. Windows on the Illinois and Ohio statehouses have been boarded up. National Guard troops in camouflage and flak jackets and heavily armed state troopers were stationed at state capitals across the U.S. in advance of protests planned for Sunday.

With the FBI warning of potential for violence at all state capitols, the ornate halls of government and symbols of democracy looked more like heavily guarded U.S. embassies in war-torn countries.

Governors have declared states of emergency, closed capitols to the public and called up troops ahead of President-elect Joe Biden’s inauguration next week.

They are trying to avoid a repeat of the mob rioting that occurred Jan. 6, when supporters of outgoing President Donald Trump stormed the U.S. Capitol, leaving a Capitol Police officer and four others dead.

Details were vague, but demonstrations were expected at state capitols beginning Sunday and leading up to Biden taking the oath of the office Wednesday.

Signs of ramped-up security were in abundance from Atlanta to Sacramento, California, throughout the week.

SWAT officers stood guard at the Georgia State Capitol. A bomb-detecting dog sniffed its way through the capitol in Jackson, Mississippi. State troopers were poised on the roof of the Ohio Statehouse in Columbus. Sections of temporary fencing that encircled many state capitols were locked together in Sacramento with handcuffs. 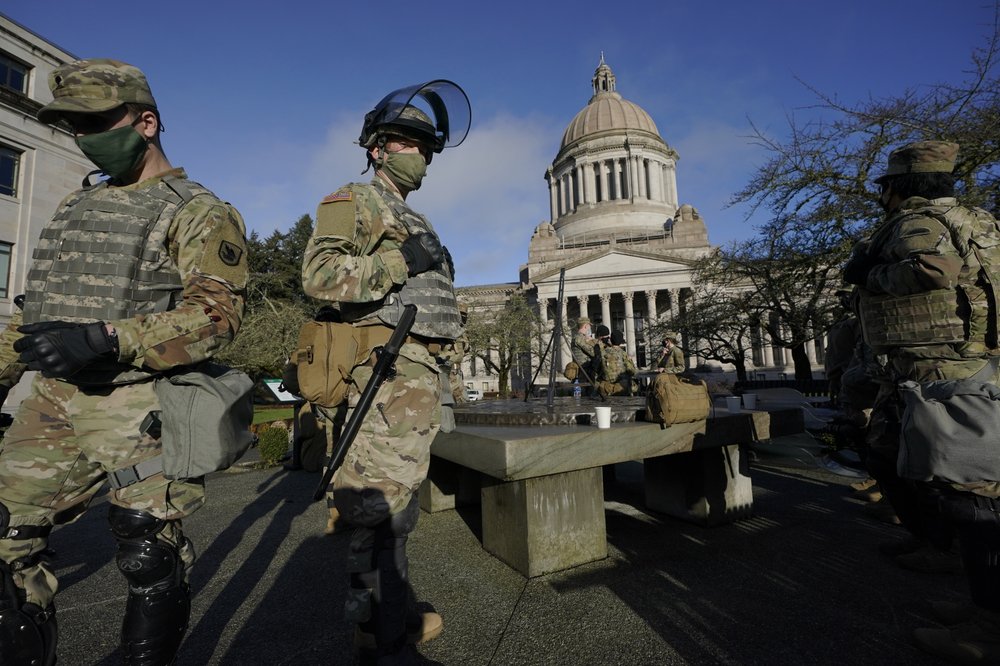 Members of the Washington National Guard stand at a sundial near the Legislative Building, Sunday, Jan. 10, 2021, at the Capitol in Olympia, Wash. (AP Photo/Ted S. Warren) 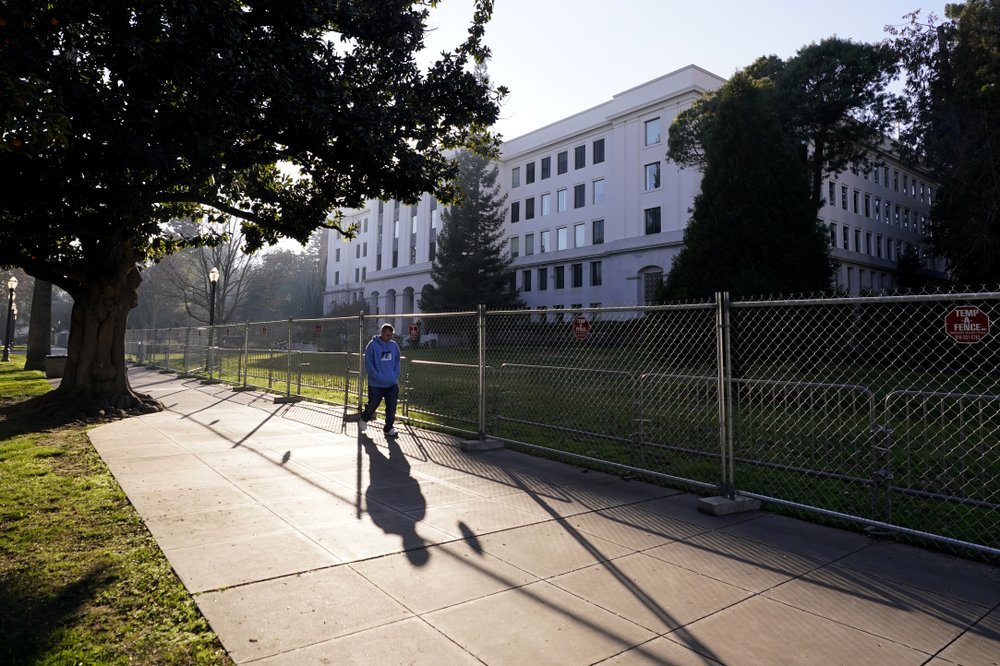 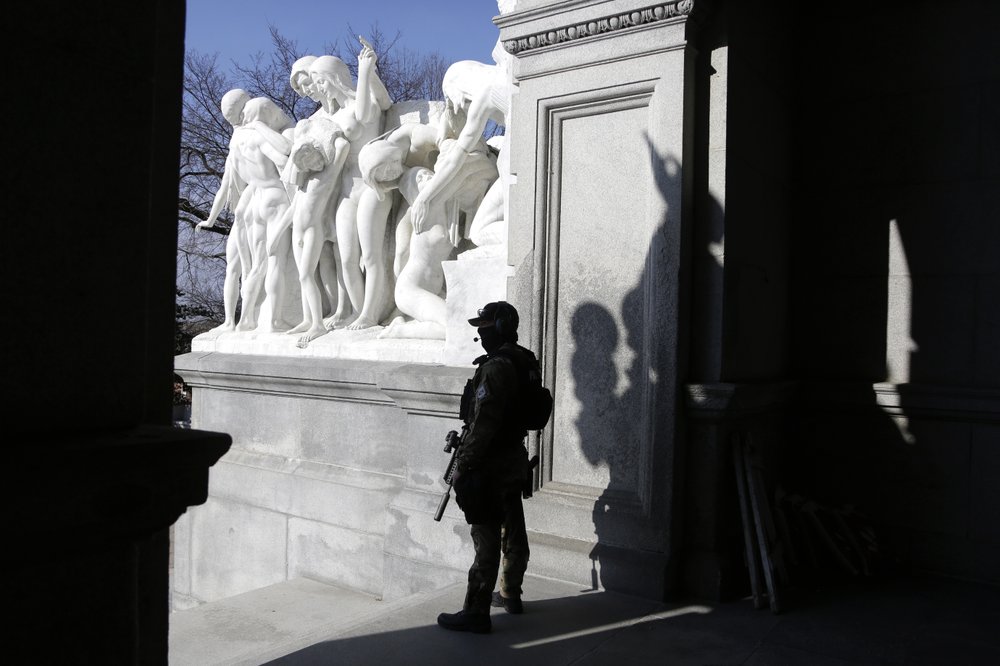 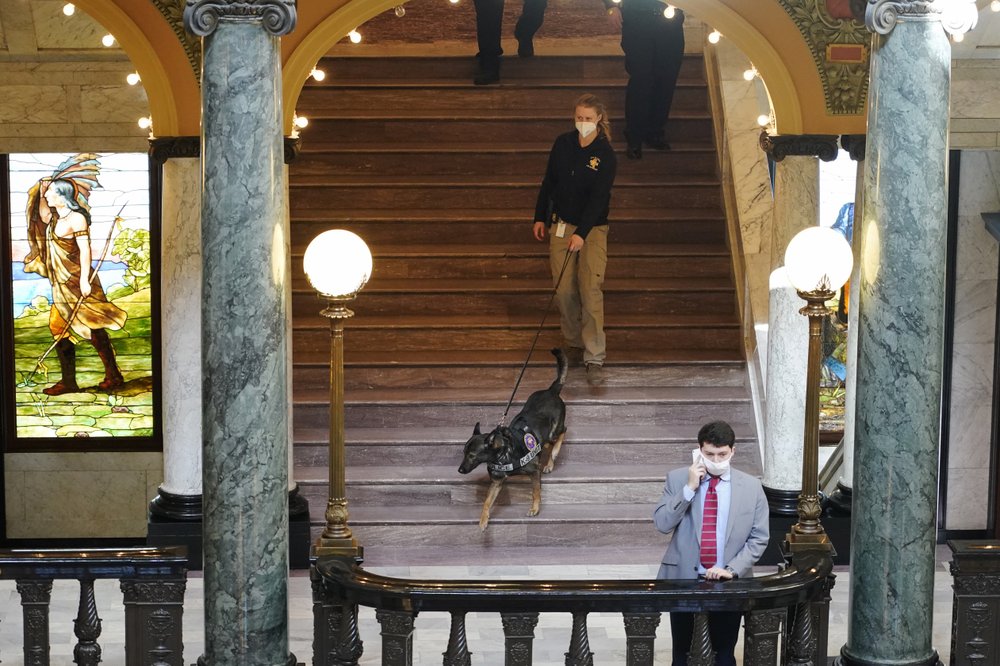 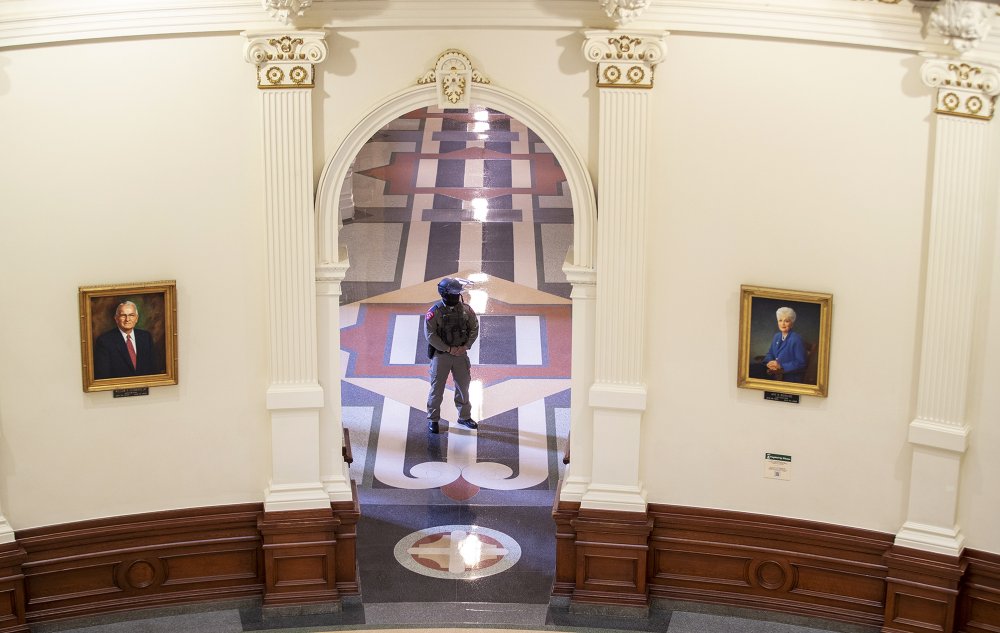 A DPS state trooper stands guard at the Capitol on the first day of the 87th Legislature, Tuesday Jan. 12, 2021 in Austin, Texas. (Ricardo B. Brazziell/Austin American-Statesman via AP) 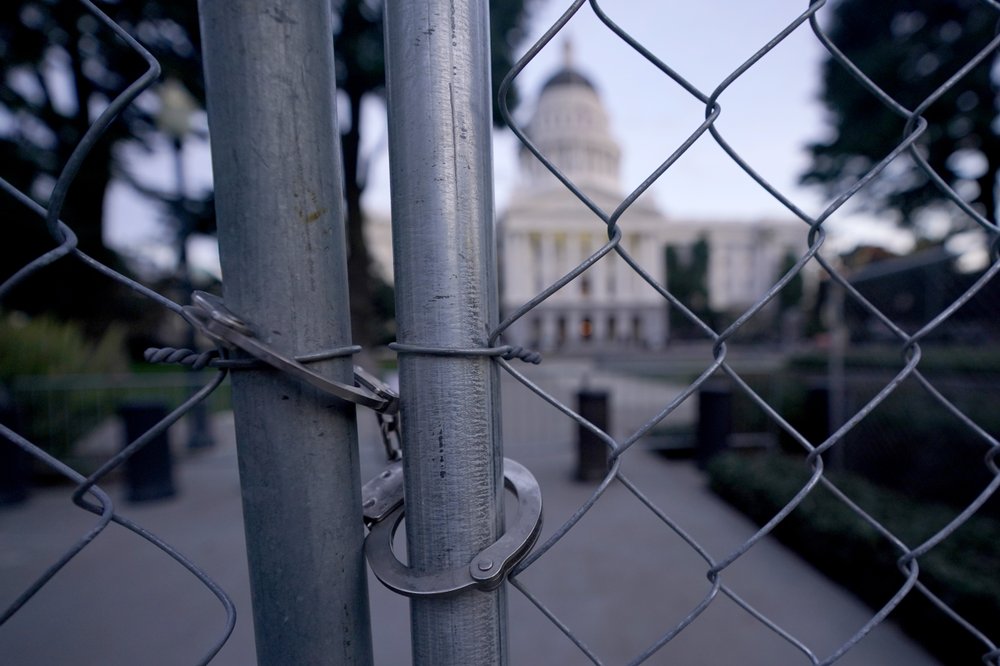 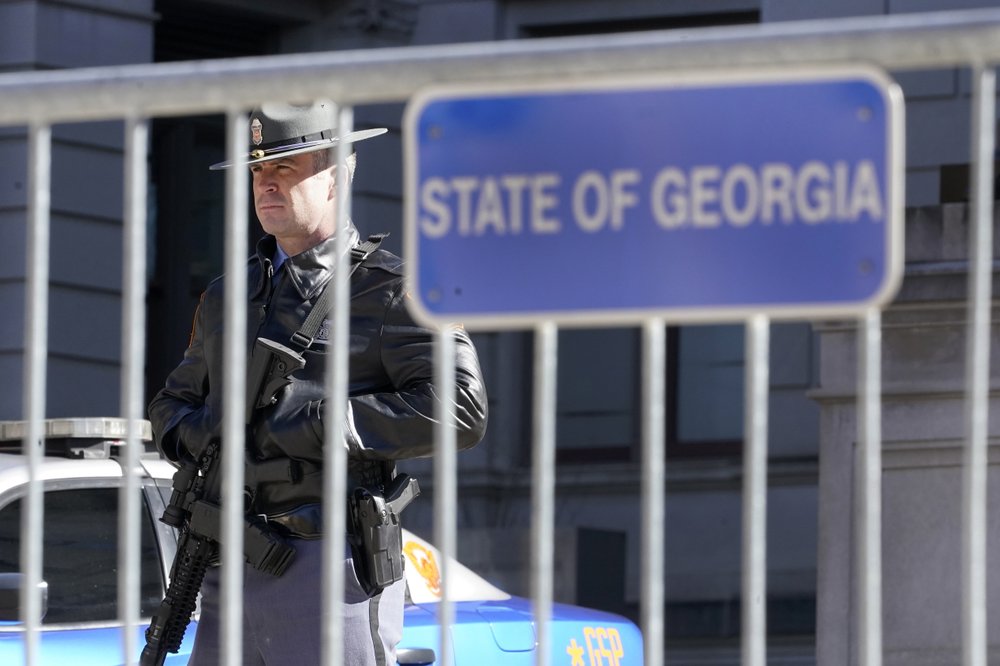 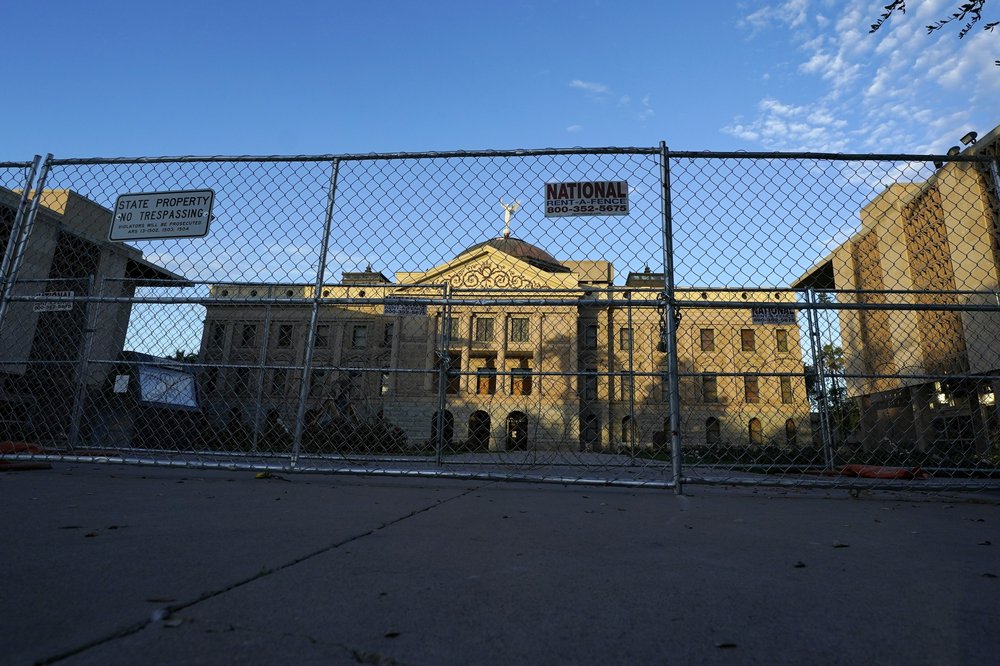 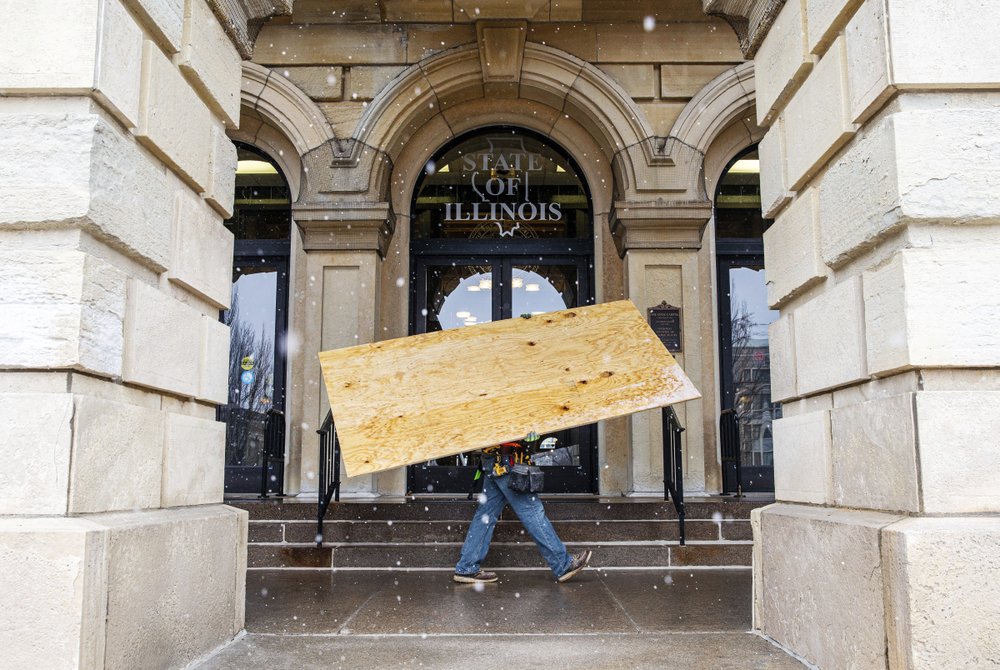 Workers maneuver sheets of plywood into place as they work to cover the first floor windows at the Illinois State Capitol in preparations for possible protests, Friday, Jan. 15, 2021, in Springfield, Ill. (Justin L. Fowler/The State Journal-Register via AP) 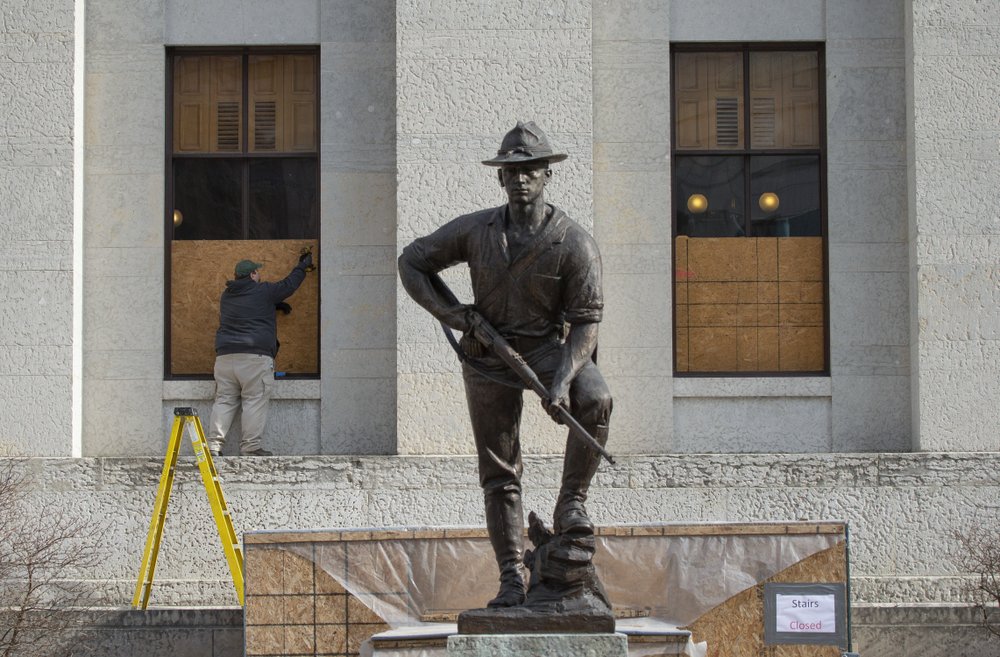 Ohio Statehouse maintenance employees board up the windows of the building behind the United Spanish War Veterans Memorial statue in preparation for planned weekend protests in Columbus, Ohio, on Thursday, Jan. 14, 2021. (Adam Cairns//The Columbus Dispatch via AP) 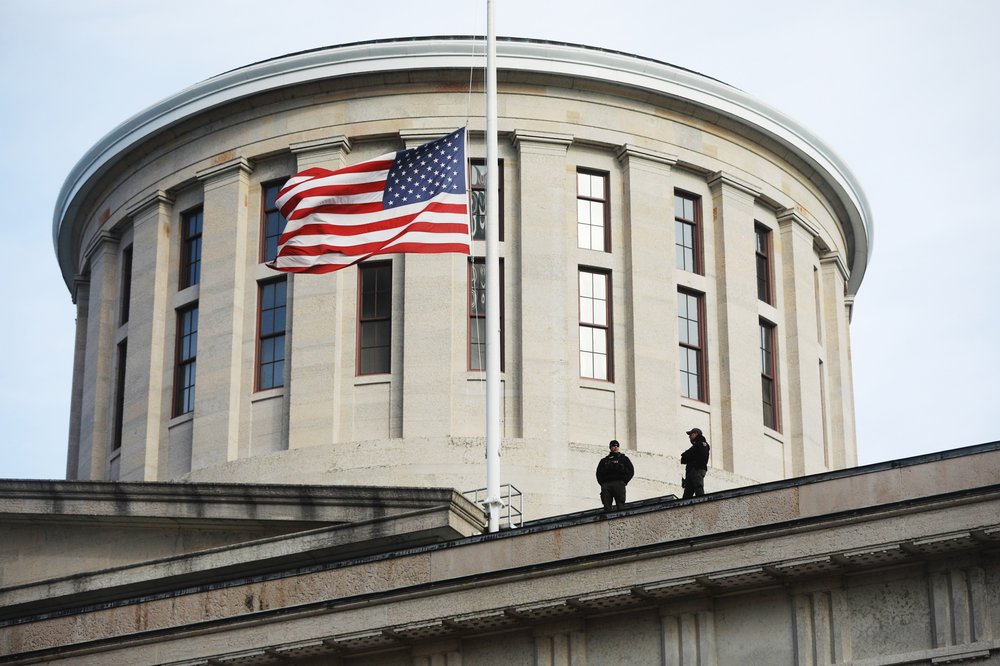 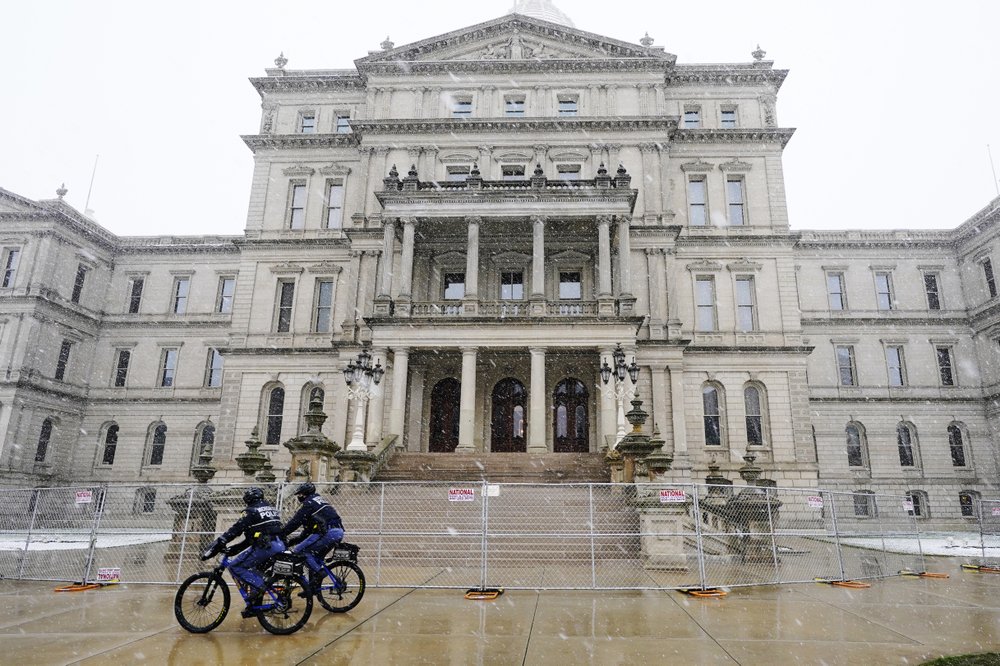 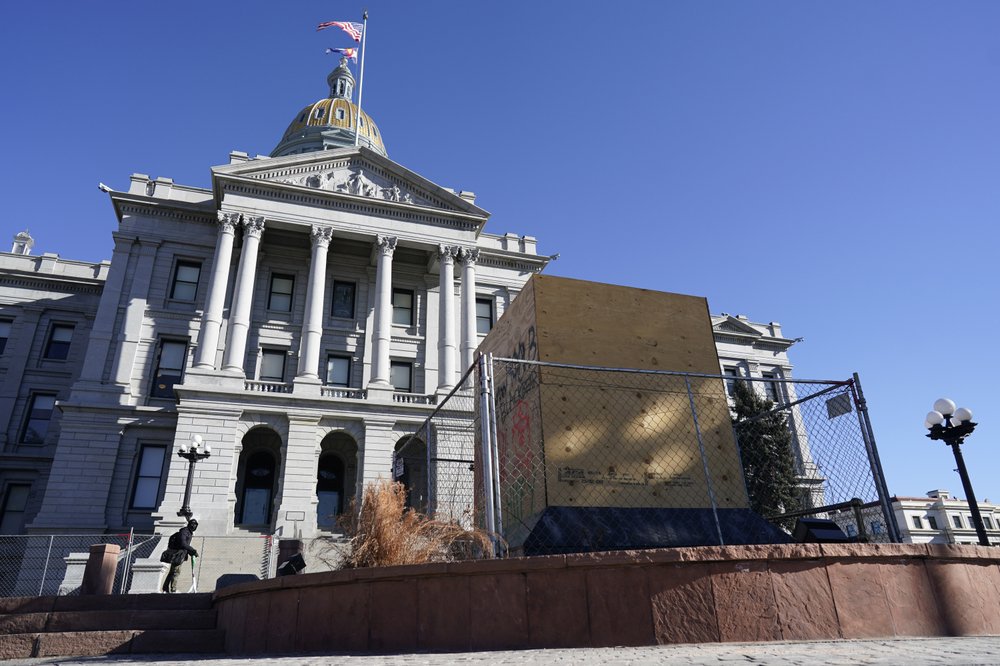 Fencing stands around the base where a Civil War monument once stood outside the west steps of Colorado’s State Capitol as security measures are put in place to protect against any breaches during weekend protests planned outside the building Friday, Jan. 15, 2021, in Denver. (AP Photo/David Zalubowski) 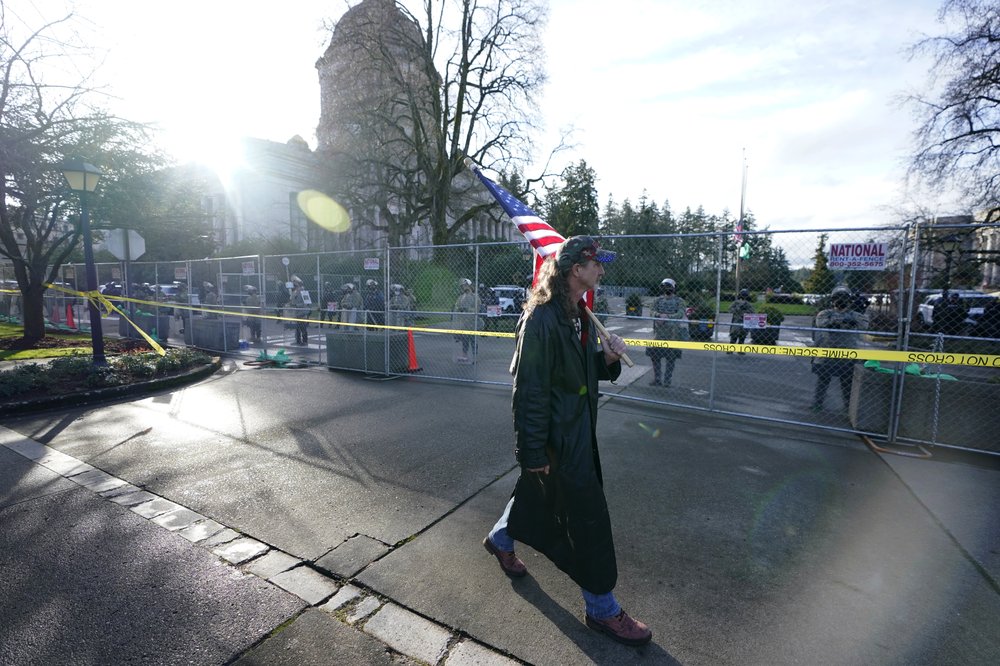