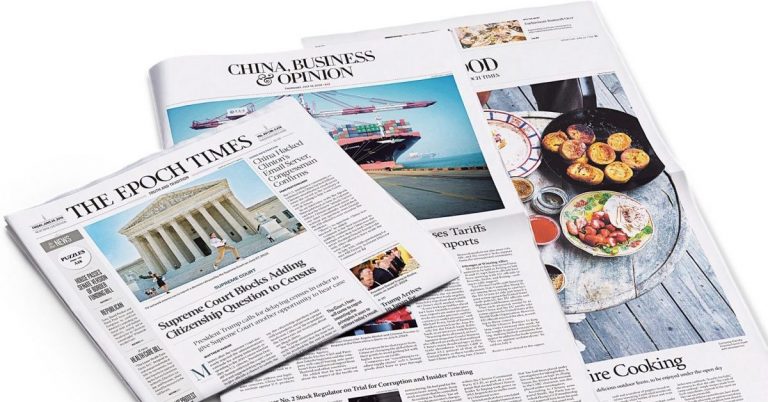 The publisher of The Epoch Times, a stridently pro-Trump publication with a flair for conspiracy theories and links to Chinese dissidents, nearly quadrupled its revenue during the first three years of the administration.

Why it matters: The nonprofit Epoch Times Association’s 2019 revenue of $15.5 million, up from $3.9 million in 2016, shows how lucrative news coverage catering to the president’s most fervent supporters could be — and will likely remain even after he leaves office.

The big picture: The Epoch Times has doggedly written stories indulging some of the most popular conspiracy theories floated by President Trump and his most ardent supporters.

The Epoch Times Association’s 2019 finances point to a reader base that grew rapidly during Trump’s presidency. While the group accepts tax-deductible contributions, the vast majority of its revenue in 2019 came from subscriptions and ad sales.

Flashback: In 2019, Facebook removed hundreds of accounts affiliated with The Epoch Times and barred the organization from advertising on the platform over multiple violations of its ad policies.

PrevPreviousResearch finds COVID-19 may worsen symptoms of those with Tourette’s
NextDid I Really Just Win a $1000 Paypal Gift Card?Next