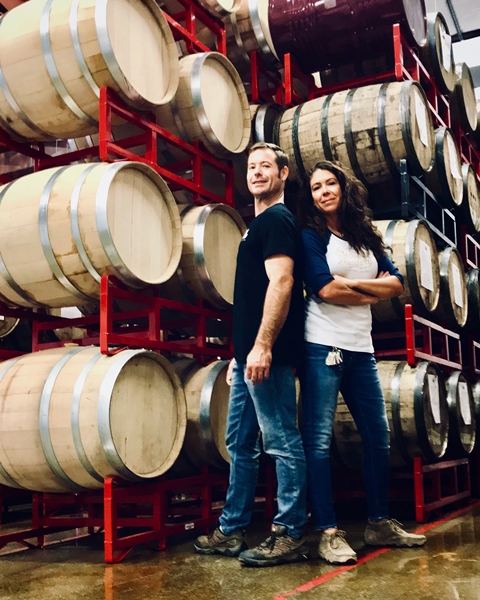 Superstition Meadery, a Prescott start-up and Yavapai College success story, has recently announced a landmark statewide distribution partnership with Hensley Beverage Company. The deal greatly increases the reach for Superstition Meadery’s award-winning beverages and sets the stage for further expansion into markets across the country and the world.

“Mead is the next big thing in craft beverages,” Superstition Meadery Sales Director Samantha Shuey said in a December 9 announcement, “and we couldn’t have a better partner for distribution in our home state.”

“The SBDC researched the industry, and came up with a plan to connect us with the Arizona Commerce Authority.” Jeff Herbert said. Using the ACA as a third party, Superstition Meadery acquired a small business loan for a production facility that helped them keep their popular product on the market. “It was a big help at a critical time,” he says, “a bridge loan we would never have been able to get.”

Since then, Superstition Meadery has blossomed while earning critical praise from craft brewers and the beverage industry alike. They have added a downtown Phoenix mead-and-food pairing restaurant to their Prescott tasting room and are now one of the largest mead producers in the world, creating more than 29,000 gallons each year. They rose to national prominence in 2019, when the U.S. Small Business Administration named Superstition Meadery the Best Small Business in the country.

The Hensley Beverage pact ensures that Superstition’s line of meads and ciders can reach bars, restaurants, retail outlets and tasting rooms across Arizona as the Herberts continue to explore new flavors and innovations for one of the world’s oldest beverages.