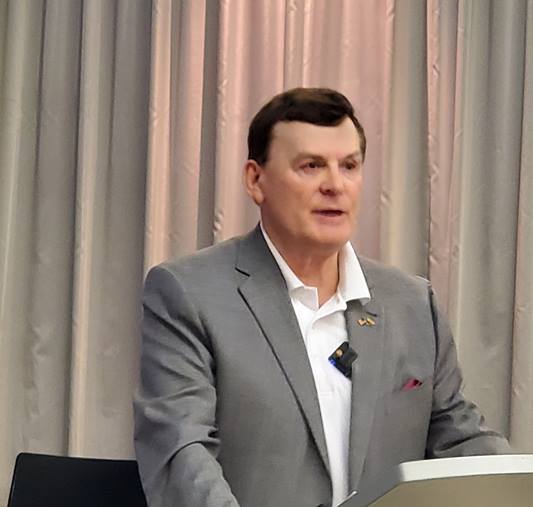 On October 7th, as early ballots were being mailed for the November election,  Prescott eNews published Losing Arizona Part I, the first  of what I promised would be a two part series on Republicans’ shaky election prospects.  I wrote from a sense of foreboding that turned  out to be only slightly exaggerated.

I held off on Part II as long as there remained a ray of hope that evidence of election fraud might be substantiated or that President Trump’s long shot legal challenges might gain traction.  Alas, with the recent announcement by several Republican Senators—Ben Sasse  (Nebraska), Mitt Romney(Utah), Lisa Murkowski(Alaska)–that they would not support the effort to decertify the Electoral College vote, Trump’s defeat and the defeat of the historic American nation has been sealed.

In Arizona,  President Trump’s defeat was decided with the refusal of Governor Ducey to call a Special Session of the Legislature to investigate allegations of  election fraud, and the refusal of Senate President Karen Fann and House Speaker Bowers, to allow formal hearings at a time when they might have made a difference. In  fairness to Ms. Fann,  she appears to have later recanted and allowed the Senate Judiciary Committee to issue subpoenas to Maricopa County Officials. Some might say too little, too late. But it is more than other Republican leaders were willing to do. The real heroes of the Arizona Resistance are GOP Chairman Kelli Ward, Senator Sonny Borelli (R-LD5) and Rep. Mark Finchem (R-LD11) and the  handful of state Senators and Representatives who were willing to stand up to the  defeatists and appeasers within the highest levels of Republican leadership.

In my pre-election warnings  I saw the defeat of Senator Martha McSally as inevitable. At no point during the entire 2020 election cycle did any poll have her within five points of her opponent.  Arizona Republicans still outnumber Democrats in voter registration by 35% to 32%–an advantage of 130,00 votes.  How did we end up here? The answer is that Governor Ducey appointed Ms. McSally to the US Senate just months after her decisive  loss to Kysten Sinema.  With this weak and inexplicable appointment, Ducey has presided over the loss to Republicans of both of Arizona’s US Senate seats.  With the 2018 loss of Secretary of State and Secretary of  Education,  and this year’s loss of a Republican seat on the Arizona Corporation Commission, it is no exaggeration to say that Governor Ducey has presided over the biggest losses to the Republican party in the history of our state.  Although Republicans retain considerable down ballot strength, particularly in the rural, whiter areas of the state,  when it comes to state level offices, Republicans are clearly in retreat.

Political analysts now talk openly about demographic change sweeping away Republican majorities.  Amazingly, although the trend has become clearer with every election cycle, Republican leaders never talked about it,  never offered a word of warning about what the state’s changing demographics would mean for our people.

In spite of the “diversity is our strength” mantra from Establishment Republicans, a look at the Arizona electorate by race makes clear that long established voting patterns were intact in 2020. Trump’s hard line immigration rhetoric was predicted to drive Hispanic voters into the Democratic column.  In fact, according to exit polls, the President improved his percentages with Hispanic voters over 2016.  At the national level, the percentage of Hispanics voting Republican in presidential elections has stayed within a narrow range of  around 25 to 35 percent for decades. In 2020, Trump’s 31% share of the Hispanic vote was slightly above average and an improvement over Romney’s  27% share in 2012,  and his own 29% showing in 2016. Contrary to received wisdom, Trump’s hard line on immigration and call to Build the Wall did not tank his numbers.  According to exit polls by the Associated Press and  the Edison  Institute,  the only racial group where Trump actually lost support from 2016 to 2020 was with whites. 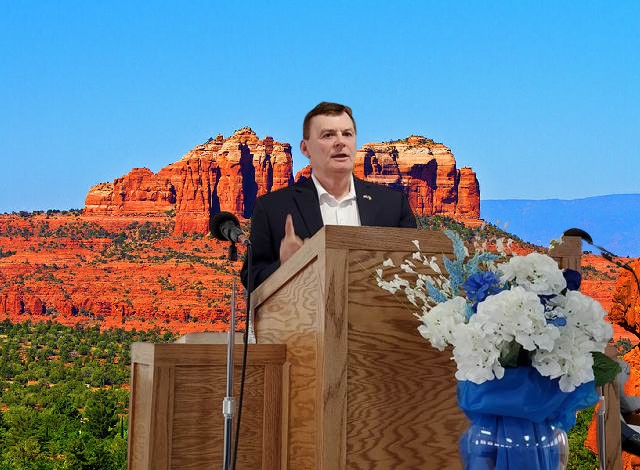 The decline in the percentage of white voters has had the Republican party spooked for a long time. My first encounter with this mindset was in 2012, shortly after Barack Obama defeated Mitt Romney with an outpouring of support from people of color. GOP State  Chair Robert Graham came to Prescott to speak at the Republican Men’s Forum.  His  topic was the Republican Party’s outreach efforts to blacks and other racial minorities.  The Republican establishment had decided that racial minorities were actually conservatives looking for a new home.  Blacks in particular, with their high levels of church attendance and traditional family values were said to be natural conservatives who were ripe for conversion to the Republican party. Mr. Graham assured us that his meetings with church leaders were going well and blacks were poised to rejuvenate the Republican party if only we could convince them that we were the party of opportunity  and inclusion and gave up any notion that the Republican  party  represented white people.

As I listened, I did some quick arithmetic.  I knew blacks were less than 5% of the Arizona electorate, and whites cast over 70% of the votes.  It would take a shift of at least 15% of the black vote to equal 1% of the white vote.  In other words, raising Republican turnout among whites by 1% was equal to convincing 15% of blacks to vote Republican.  And so I asked the obvious question,  “Mr. Graham, no one wants to leave votes on the table. But since blacks are a relatively small percentage of the  Arizona electorate, and whites are still  a substantial majority, have you ever considered reaching out to white voters?” Graham’s eyes narrowed in concentration as if stunned by the political incorrectness of the question.  He finally mumbled something innocuous about reaching out to all groups. I let the matter drop.

I mention this incident for a reason. It helps explain why President Trump failed to replicate his narrow electoral college win from 2016.    Trump lost the popular vote in 2016. But he won the Presidency by breaking thru the “Blue Wall”,  thanks to disaffected white, working class voters in a handful of traditionally Democratic industrial states in the upper Midwest.  Trump’s America First message  of populism and nationalism pried lose just enough blue collar whites to overcome the traditional Democratic appeals to union solidarity and class resentment. The margins for Trump were thin, but they were real. The message worked. 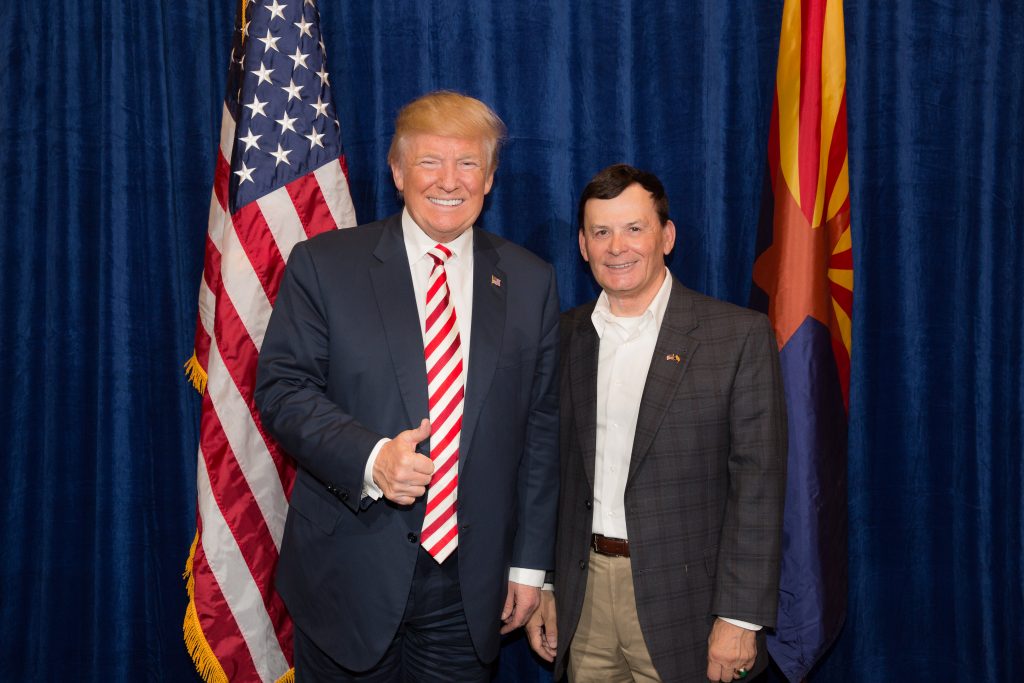 Fast forward to 2020.  At every Trump campaign rally in Arizona and across the country, he touted his accomplishments for blacks before huge crowds of white supporters. Trump’s policies created the lowest black unemployment rate in history, black home ownership was increasing, school choice was liberating black kids from dysfunctional government run schools, criminal justice reform was beginning to correct racial imbalances in incarceration rates, and he had a Platinum Plan for revitalizing black communities.  There is no question blacks made real progress during the early Trump years and he promised to do more. Whites cheered. But where were the black cheers?  Did any of this matter to black voters?

According to exit polls, not much.  Trump did improve his vote percentage among blacks by roughly 4  percentage points—from 8% in 2016 to 12% in 2020.  Trump worked hard to win black votes.  But massive black turnout for Biden in Atlanta, Philadelphia and Detroit whittled down Trump’s early lead and cost him  Georgia, Pennsylvania, and  Michigan,  all states he won in 2016.  Even worse, Trump’s messaging to blacks may account for his lower vote among white working class voters in Wisconsin and elsewhere.

At one point during the second Presidential debate, Biden claimed President Trump was making such obvious racial appeals to white voters that he was  using a “foghorn” instead of a “dog whistle.” But Biden never bothered to hide his own “white toady” support for Black Lives Matter,  the 1619 Project,  critical race theory,  and so-called  social justice schemes to root out systemic racism.  Thanks to  a compliant media,  Biden could make anti-white rhetoric part of his campaign and pay no political price.

In my October article, I quoted Benjamin Disraeli  that  “all politics is  racial”.  It is the deepest political truth I know.  Trump lost in 2020 because he didn’t get enough white votes.  Republicans are losing Arizona because our leadership does not understand the race question. According to exit polls, in the November election, 72% of Arizona voters self-identified as white.  As our cultural and economic elites continue to tell us that “diversity is our  strength”,  Arizona is turning blue and the historic American nation is slipping away. Victories are still within our grasp.  But only if we  understand  the reality of race and its central role in our political future. 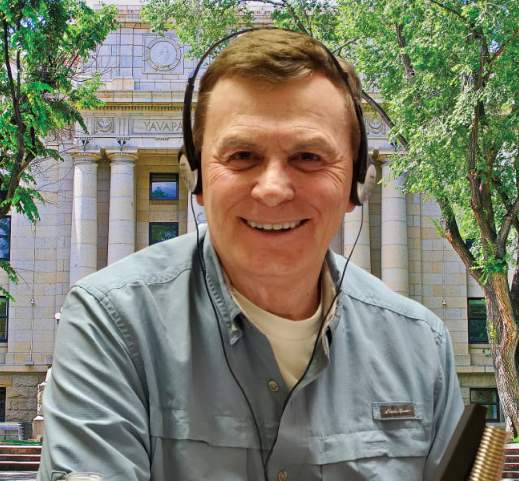