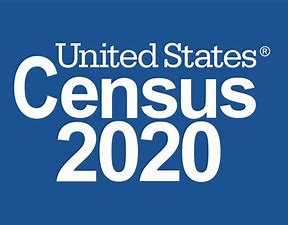 It was arguably the most challenging of the 24 decennial national headcounts since our nation’s founding, because none had ever been conducted during a deadly pandemic. And when this year’s results are officially released, they are expected to be dismal.

The Census Bureau issued a preliminary projection, called the Demographic Analysis, in late December. It estimates between 330.7 and 335.5 million people were living in the United States on Census Day, April 1, this year. That would be an anemic population increase of just 8.7 percent from the 308 million counted in 2010 — the lowest growth rate in the U.S. since the 7.3 percent in the 1940 Census.

Those numbers came from the Great Depression decade of the 1930s and are widely viewed as the bellwether of bad census news.

December’s early projection is used both as both a preview of, and a benchmark for gauging the accuracy of, the final census count once it comes out in early 2021. The Census Bureau says it hopes to send final redistricting counts to the states as close to April 1 as possible.

What should we expect?

California is likely to lose a seat in the House of Representatives for the first time in its 170-year history. Also expected to give up a seat are Alabama, Illinois, Michigan, Minnesota, New York, Ohio, Pennsylvania, Rhode Island and West Virginia. Standing to gain one seat each are Arizona, Colorado, Montana, North Carolina and Oregon. Florida’s expected to add two and Texas could even pick up three seats.

Then there’s the money. About $1.5 trillion in federal funding is allocated annually based on population. The more people your state has, the more cash it’s likely to get. Meaning states whose population has declined are expected to see less federal revenue in the coming decade while those that have grown could see more.

The 2020 Census began with bright prospects. Though the paper option was still available, for the very first time Americans could complete their questionnaire online or by phone. Those changes cut the number of census takers by 125,000.

Instead of physically confirming every address, aerial images of communities were used. Workers were sent to neighborhoods whose appearance has recently changed. That required only 50,000 fieldworkers, down from 2010’s 150,000.

In addition, a small army of volunteers was mobilized across the country to urge people to complete their census questionnaire.

But all progress ended with the impact of COVID-19.

The pandemic’s impact was so great, the Census Bureau was forced to end its field data collection operation on September 30, sooner than planned. Door knocking at the homes of people who hadn’t answered their survey on paper, online, or by phone ceased a full month ahead of the original October 31 deadline.

There were legal challenges to the trimmed down timeline, but eventually the U.S. Supreme Court permitted the count to stop ahead of schedule.

As a result, questions have been raised about the accuracy of the final numbers.

But questions about the reliability of the official population count are nothing new. After all, President George Washington and then-Secretary of State Thomas Jefferson believed the tally produced by the very U.S. Census in 1790 was too low.

The final result of the 2020 Census may be the lesson that, no matter how sophisticated the technology, when it comes to a complex challenge like counting 330 million Americans, it can’t compete with Mother Nature. 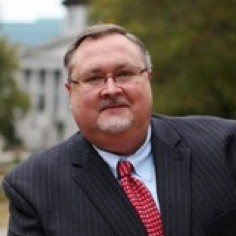