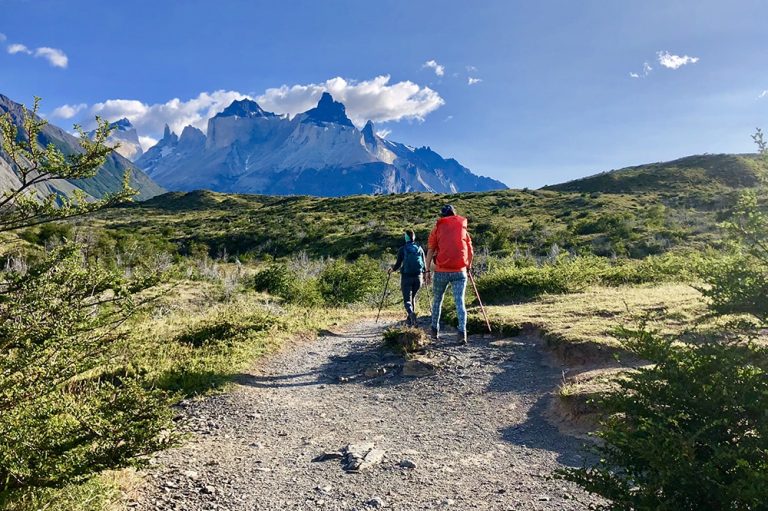 When COVID-19 was declared a pandemic in March, Northern Arizona University had nearly 200 students living, studying and conducting research abroad. The university’s No. 1 mission quickly became getting these students home safely.

The evacuations from 22 host countries happened in three waves: First, students in China, South Korea and Italy; then, students who lived in countries affected by the travel advisory rise to a Level 3 by the U.S. Department of State; and finally, all remaining students were called home when the advisory was raised to a Level 4 just one week later. Students worldwide navigated complicated logistics to close out their experience abroad, return home in the middle of a pandemic and figure out their next steps. NAU’s Center for International Education (CIE) worked quickly and closely with campus partners to provide alternative options to keep students’ academics on track.

“The courage and commitment that NAU students abroad exemplified during these early stages of the global pandemic and throughout this time of great uncertainty has been incredible to witness,” said Daniel Palm, NAU’s associate vice president for global affairs.

Of the students abroad last spring, 32 were participants in NAU’s Interdisciplinary Global Programs (IGP)—a program for STEM or business students that allows them to graduate with two undergraduate degrees and experience one year of language and culture outside of the U.S. One major component of IGP is the fieldwork students conduct abroad. When the pandemic hit, students in China and Germany had not yet started their fieldwork experience; students in Japan, Morocco and South America had just started; and students in Mexico, Spain and France were more than halfway done with their fieldwork. Being called home before their program ended meant their fieldwork, and consequently their degree completion, was in jeopardy.

“I was three weeks into my fieldwork at Kyushu University, working on a redesign of a lower limb rehabilitation robot at Kyushu’s Systems Control Laboratory, when I got the call to return home. It was heartbreaking to leave Japan four months sooner than expected,” said Melissa Parsons, who is studying mechanical engineering and comparative cultural studies with a minor in Japanese. “Thanks to NAU’s help, I completed my fieldwork independently from home by focusing specifically on series elastic actuators for rehabilitation knee joints, as I could easily access the materials I needed to build this prototype. I’m also studying the modernization of Japanese tea ceremonies to promote increased accessibility for people with disabilities.”

“The IGP Summit was transformed this year, but so is everything around the world,” said Melissa Armstrong, director of IGP. “NAU’s cross-college support of students was essential in helping students recreate interdisciplinary fieldwork experiences from the United States. A collaborative spirit and creative problem solving were evident this year in students’ projects. We are so proud of our fifth-year IGP students for their persistence and resiliency.”