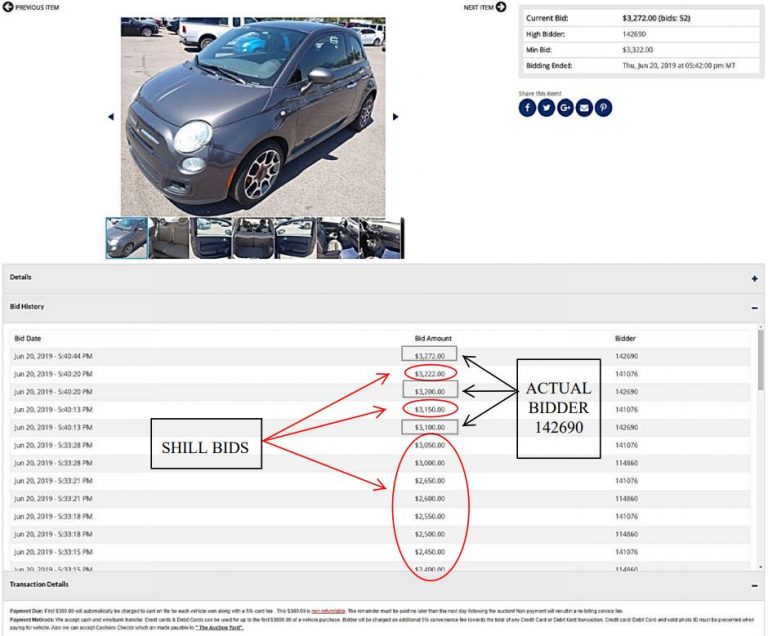 Attorney General Mark Brnovich announced his office filed a Consumer Fraud lawsuit alleging that Phoenix companies Auction Nation, LLC and Auction Yard, LLC, and their principals, deceived online bidders. The lawsuit alleges Auction Nation and Auction Yard, by unfairly and deceptively bidding in their own auctions, falsely drove up prices for items and, as a result, collected millions of dollars from legitimate auction participants who were unaware the “house” was manipulating the auction process.

“It’s time to bid farewell to disingenuous auctions that are deceiving Arizona consumers and send a message to the industry,” said Attorney General Mark Brnovich. “Auction rules must be clearly stated and strictly adhered to, so all bidders are legitimate and competing on an even playing field.”

The complaint alleges that Auction Nation and Auction Yard continue to shill bid on their online auctions, despite knowledge of the Attorney General’s investigation and numerous consumer complaints.

Auction Nation and Auction Yard are Arizona limited liability companies, and their principals, Gabriel J. Prado, Brian Long, and William M. Russell, are Arizona residents. The State’s lawsuit seeks consumer restitution, up to $10,000 in civil penalties for each violation of the Arizona Consumer Fraud Act, injunctive relief, and attorney’s fees and costs.

Copy of the complaint.

PrevPreviousBiden’s work cut out for him in plan to undo Trump immigration policy
NextOpinion: Republicans, Hold the Line and Keep the Faith in GeorgiaNext