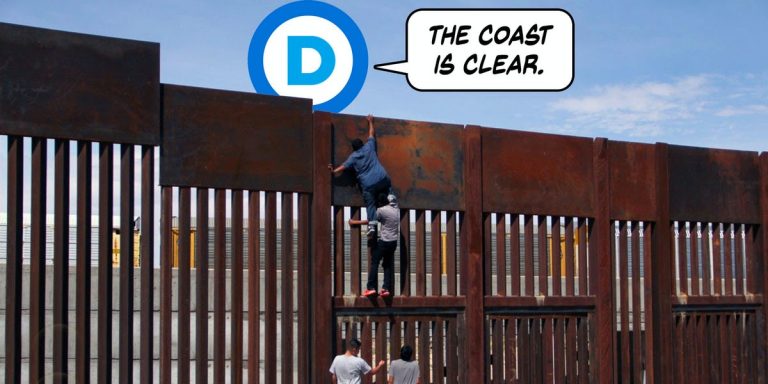 Be prepared for illegal immigration to become a major issue again, as the incoming Joe Biden administration will initiate a new surge of illegal aliens attempting to cross the U.S. southern border. In fact, it’s already started. New caravans have begun forming in Central America anticipating the reversal and loosening of effective border-enforcement policies enacted under President Donald Trump — policies Biden has pledged to undo.

On Biden’s chopping block are two of the Trump administration’s most successful policies aimed at stemming illegal immigration. The Washington Examiner’s Byron York explains, “The first policy is known as Title 42. Adopted to deal with the coronavirus emergency, it allows U.S. authorities to quickly return illegal crossers to Mexico instead of holding them in detention in the United States. The second policy is the Migrant Protection Protocols, which allows the U.S. to require that asylum seekers wait in Mexico while their cases are adjudicated, rather than allowing them to live in the U.S. during that (often very long) period.”

By ending these policies, Biden would effectively reinstitute Barack Obama’s abysmal “catch and release” asylum policy, which in all practicality created a de facto “legal” immigration system, as there was little to no effort to ensure asylum seekers ever showed up for their scheduled court appearances.

Biden will be able to easily reverse many of Trump’s immigration and border policies due to the fact that much of the Trump administration’s work was accomplished via executive order, not by congressional legislation. While Trump was often stymied by leftist “resistance” judges (or institutional-minded justices) preventing him from quickly and easily reversing Obama’s EOs such as DACA, there’s little reason to anticipate that Biden will meet similar judicial resistance.

(Speaking of the courts, The Wall Street Journal reports, “A divided Supreme Court dismissed a challenge to President Trump’s plan to exclude illegal immigrants from congressional reapportionment.” Reapportionment is precisely why Democrats want them coming in, so this is good news — at least for the moment.)

Mark Krikorian, executive director of the Center for Immigration Studies, argues that the Biden administration will slow-walk its reversal of Trump’s immigration policies, perhaps often doing so in the dead of night so as not to draw too much public attention. Plus, it’s unlikely that those migrants who have waited for Trump to leave office will continue to wait. As previously noted, caravans are already forming in Central America anticipating a wide-open border per Biden’s campaign promise.

Biden and the Democrats, who have increasingly adopted the radical open-borders agenda, are gambling that by tacitly embracing the party’s hard left, they can grow a future voter bloc that will outstrip any losses from their traditional voting base — union workers and black Americans who are hurt by wage and job competition.

However, in order for this to work, Democrats will need to avoid another massive immigration border crisis, while at the same time making headway on their ultimate objective — the amnesty and enfranchisement of millions of illegal aliens. Biden can blame COVID for any decrease in wages and job opportunities that disproportionately impacts low-income Americans whenever a massive influx of illegal-alien workers enters our economy. Whatever lies ahead, it’s worth noting that, thanks in large part to Trump’s aggressive border enforcement and immigration policies, lower-income Americans saw their employment and wages rise faster and at a higher rate than at anytime during Obama’s tenure. Sadly, Biden would undo this progress, and all on the false claim of taking an “ethical” stand on immigration.

PrevPreviousA pandemic atlas: USA by the numbers, telling and horrifying
NextAs heavenly bodies converge, many ask: Is the Star of Bethlehem making a comeback?Next