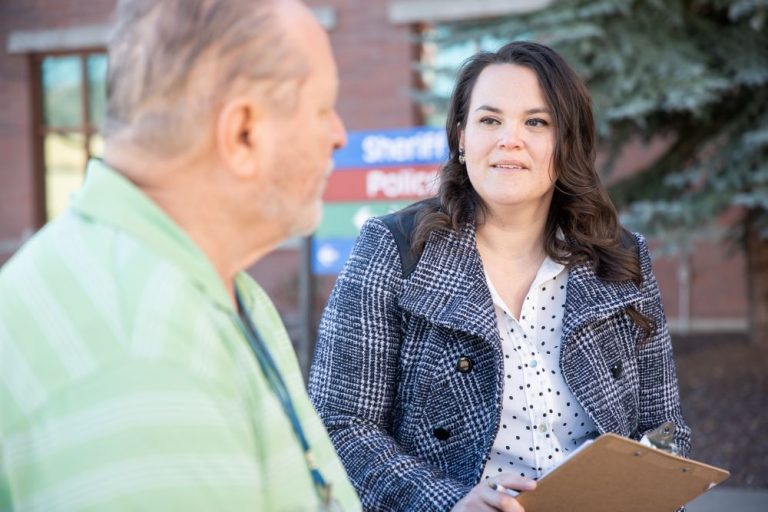 Through the project, titled “The Need for Diversion Programs from the Criminal Justice System in Coconino County: Creating a Health and Human Services Infrastructure Where There Is None,” the NAU researchers will:

“We are so unique in Coconino County that we need a really tailored plan,” Ricky Camplain said.

“Proposing solutions to complex issues that involve multiple service sectors, such as criminal justice, health, housing and job training, require the coordination and input from many agencies,” Roddy said. “The City of Flagstaff and Coconino County nonprofit and government agencies have demonstrated successful partnerships previously, so we know this can be done.  This effort simply focuses on deflection and diversion.”

In their preliminary preparation investigation, the NAU researchers found that of the individuals admitted to CCDF, 40 percent are readmitted and 4 percent have more than 10 readmissions.

Of the individuals sampled at CCDF, 26 percent said they had been told by a medical professional that they had post-traumatic stress disorder, compared to an estimated 3.6 percent in the general U.S. population.

“The criminal justice system in the United States has a reputation for incarcerating individuals with substance use or mental health issues or both,” Carolyn Camplain said. “These striking statistics emphasize the need for alternative services or additional services at CCDF as a holistic approach to reducing the incarceration rate.”

Evans said the high rates of incarceration, mental and behavioral health issues and alcohol use stem from bigger basic needs in the county. The final goal of the Coconino County Criminal Justice Coordinating Council is to increase intervention programs that will improve the social determinants of health—education, employment, housing, transportation, social and community engagement, access to health care—that may lead to decreases in incarceration and ultimately to healthier lifestyles for formerly incarcerated individuals.

“Once someone is incarcerated, a cascade of hurdles awaits them upon release; these make it even more difficult to find work, housing and meet all sorts of basic needs,” Evans said. “The design is such that we are plucking people from society and furthering the chance that they will remain on margins. This is exactly opposite of what we should be working toward.”

Eventually, if the results are conclusive, the final report will support resubmitting two Arizona House Bills for diversion programming, HB 2422 and 2414, which were not funded due to the COVID-19 pandemic.

“This is so important because we have a high rate of arrests and incarcerations and such a dearth of resources for people,” Ricky Camplain said. “If these bills are funded and we come up with a good plan, we could potentially have substantial impact.”

PrevPrevious1 in 5 prisoners in the US has had COVID-19, 1,700 have died
NextRich Blacks Want White NeighborsNext