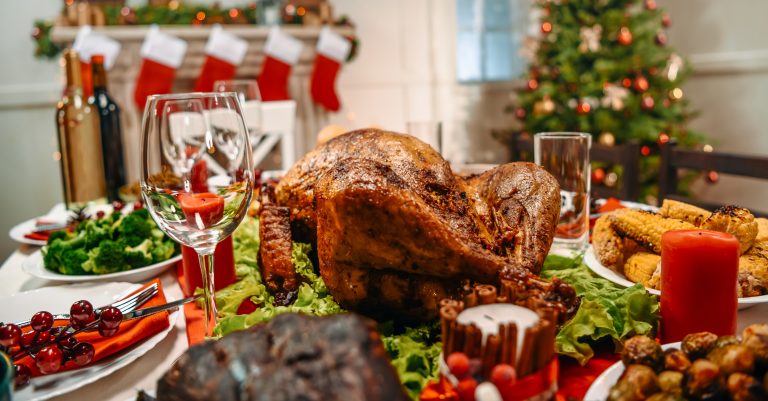 If we can be sure of one thing this December, it’s that Christmas is going to look quite different as compared to usual. Many of us have extended family scattered across the country, and in the interests of keeping everyone safe, a lot of us have decided to forgo the traditional big get-together and keep it small this year. But what does that mean for us, and are we sad about it, or secretly relieved?!

SoapHub.com, the site which brings you soap opera spoilers, polled 3,000 of us and found that, perhaps unsurprisingly, nearly 2 in 3 (62%) of families in Arizona will forgo the traditional Christmas meal this year and opt for something low-key instead, such as dinner in front of the TV! While it’s seen as one of the best parts of the festive season, it’s also quite a lot of work – shopping, prepping, cooking, and many will come to the conclusion that it’s just not worth the effort given that there will be so few people to cook for.

Interactive map showing responses across the US

And, when you really think about it, despite the fact that Christmas is a time for joy, togetherness, and lots of food, there are some things about it that can be annoying, which many people will be happy to have a break from this year…

When asked what they dislike most about this time of year, a significant 24% of respondents said family arguments; well, what do you expect when you bring together people who haven’t seen each other for ages and stew them in a marinade of too many cocktails and close proximity?! The last-minute rush to get the Christmas shopping done irked 24% of us. The chaos of bringing all the family together annoyed 17% of us – all that travel planning, having to prioritize one side of the family over another, being put up in your old childhood bedroom and made to sleep in a single bed for four nights… it’s not always fun. That fake smile we automatically produce when we open yet another pair of socks, or something even more unappealing, affects 7% of us, who dislike pretending to be enthusiastic about presents. And surprisingly, the lowest percentage of people (2%), dislike spending time with the in-laws the most. Funny, we thought that would be much higher…

But every cloud has a silver lining, and if you’re not seeing as many people this year, that means you won’t have to buy as many presents! A staggering 89% of respondents admit that they will spend more money on presents for themselves this year. And why not? It’s been one heck of a year; we deserved it! Another 30% say they are relieved not to have to spend Christmas with extended family. Broken down, 24% of men admit to this as compared to 33% of women!

Finally, a significant 56% say they are actually looking forward to a more low-key Christmas this year, without all the fuss.