GasBuddy Travel Survey Finds More than a Third of Americans Will Be Taking a Holiday Road Trip, with Gas Prices Lowest Since 2015 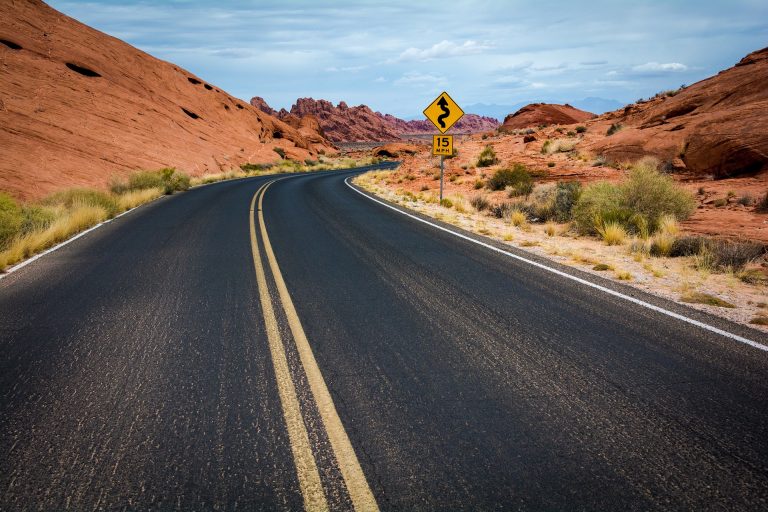 Travel plans have been upended this entire year due to COVID-19, but when it comes to being “home for the holidays,” GasBuddy’s just-released Holiday Travel Survey found that more than a third (34%) of Americans are planning to make that happen and will be taking to the road for the special day.

Nearly 60% of those surveyed said that COVID-19 has impacted their holiday travel plans. While a majority plans to stay put, 10% said they have switched up their mode of transportation to driving by car instead of by plane or train. When asked if gas prices were affecting holiday travel plans, 14% of survey respondents said that they are taking a road trip because gas prices are low this year, a significant increase compared to previous years.

“It’s been a nightmarish year for many due to the spread of COVID-19 and economic challenges that came with it, but many Americans have deeply rooted traditions for the holiday and are unwilling to let them slip away like the rest of the year. Ironically, due to the challenges 2020 has presented, gas prices have fallen and we project the national average to be $2.19 per gallon on Christmas Day, the second lowest in the last decade,” said Patrick De Haan, head of petroleum analysis at GasBuddy. 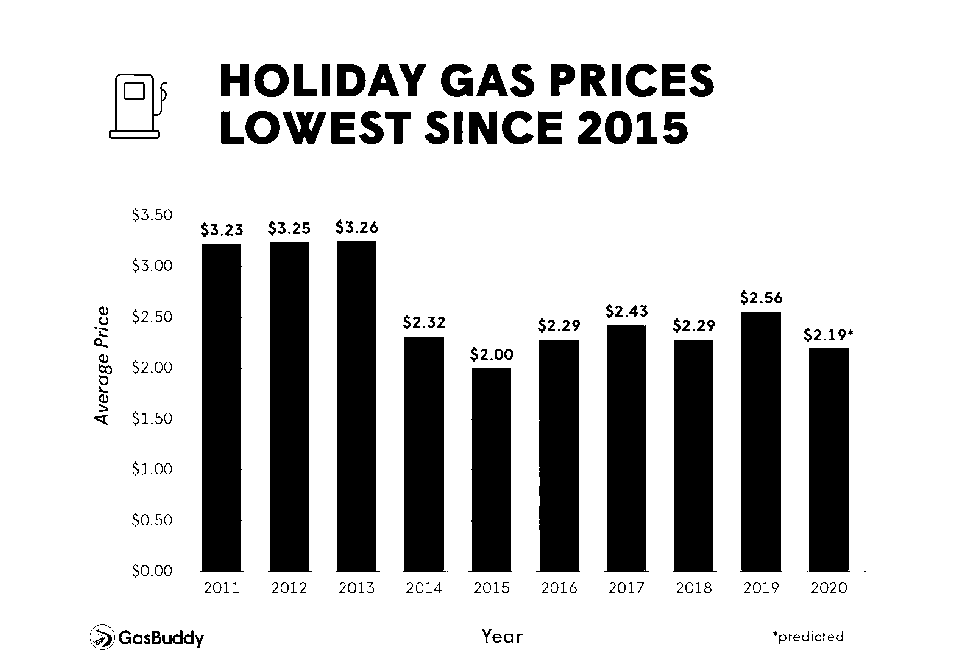 The regions that are expected to see the most holiday road trips include the Rocky Mountains (40%) and the Southeast (39%), followed by the Southwest (39%), the Pacific (38%) and Midwest (31%), with the lowest percentage of travelers expected in the Northeast (27%). 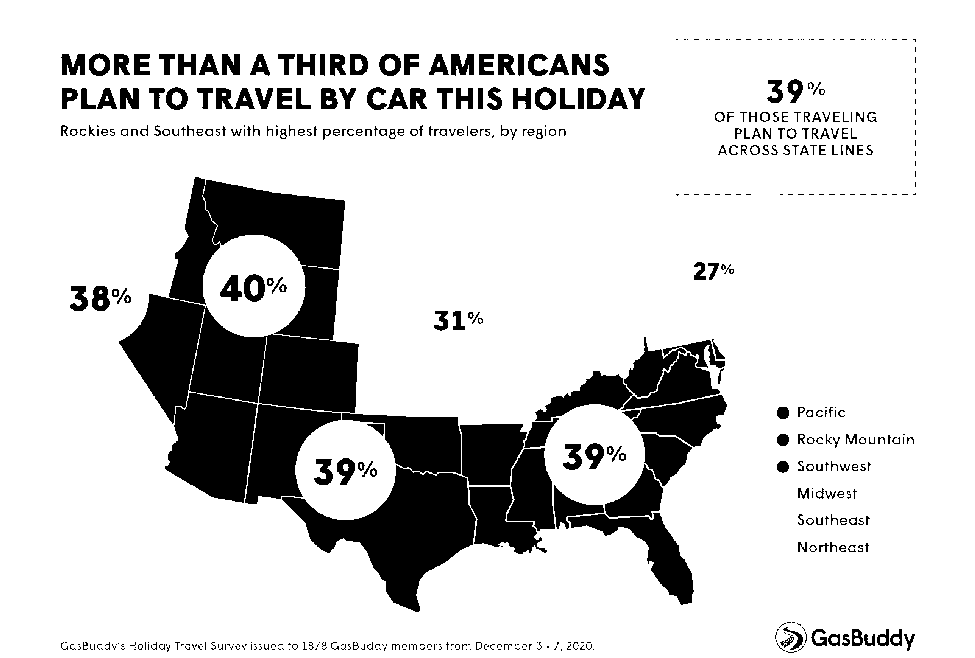 Thirty nine percent of those traveling say they are planning on crossing state lines. Regionally, the Southeast has the most travelers crossing state lines (45%), followed by the Rocky Mountains and the Pacific (41%), the Northeast (40%), and the Midwest and Southwest (34%).

“We’re expecting to see heightened driving activity across some of the most hard-hit areas of the coronavirus,” said De Haan. “It’s more important than ever for travelers to remain safe and vigilant on the roads, particularly at rest stops and gas stations, but also amidst state quarantine requirements since many that are hitting the road may be crossing into other states.”

THE IMPACT OF COVID-19 VACCINE

“With most of the country’s views unchanged about driving or celebrating the holidays, fuel demand is expected to rise in the short-term due to holiday travel before tapering off to likely multi-month lows once the New Year arrives. Our 2021 Fuel Outlook being released in early January will discuss how the vaccine will impact gas prices and fuel demand throughout the new year,” said De Haan.

Findings were taken from GasBuddy’s Holiday Travel Survey issued to 1878 GasBuddy members from December 3 – 7, 2020. Gas prices and projections are based on GasBuddy’s gas pricing data from more than 150,000 gas stations across the United States.

For budget-minded drivers, GasBuddy is the travel and navigation app that is used by more North American drivers to save money on gas than any other. Unlike fuel retailer apps, as well as newer apps focused on fuel savings, GasBuddy covers 150,000+ gas stations in North America, giving drivers 27 ways to save on fuel. That’s why GasBuddy has been downloaded nearly 90mm times – more than any other travel and navigation app focused on gas savings. GasBuddy’s publishing and software businesses enable the world’s leading fuel, convenience, QSR and CPG companies to shorten the distance between the North American fueling public and their brands. For more information, visit https://www.gasbuddy.com  .

PrevPreviousSurvey finds 2 in 3 Arizona families are planning a Christmas TV dinner over a more traditional feast
NextArizona Department of Gaming Reports $31.7 Million Tribal Gaming Contributions to the State for the 2nd Quarter of Fiscal Year 2021Next