Hypothetical Hangover Cure? The average Arizonan would pay $36 for an instant hangover cure 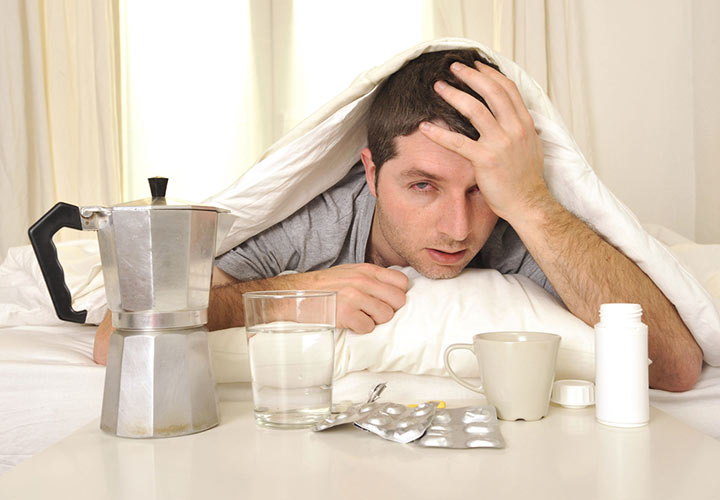 If you’ve ever experienced one, you’ll agree with the statement that hangovers are certainly an inconvenience. While we all know that one too many boozy beverages can lead to a pounding headache, light sensitivity, nausea and fatigue the following day, it’s easy to get caught up in the swing of things, especially over the holiday season when those around us are in a celebratory mood. Of course, even the worst of hangovers tend to go away on their own but not after hours of bleary-eyedness, exhaustion and oftentimes, a day (or even two) wasted by having to spend it home in bed. Not to mention multiple utterances of the infamous line: ‘I’m never drinking again’… But, if it were at all possible to instantly relieve the symptoms of a hangover, hypothetically, how much would you pay for an instant cure?

A survey of over 3,050 adults (aged 21+) by Rehabs.com, a leading provider of addiction treatment resources, found that the average Arizonan would pay a significant $36 for a miraculous instant hangover cure (compared to a national average of $42). If you’ve ever had to miss an important social gathering or special event due to being physically unable to leave your bed after a big night of drinking, you might understand the rationale behind this statistic.

Broken down across the country, it was found those in Louisiana would be willing to sacrifice the most money ($83) for their hangover to do an instant disappearing act. Comparatively, Mainers seem to have mastered how to deal with hangovers slightly better, with people here willing to pay just $15 for a miracle cure.

A costly sacrifice? Additionally, in a separate survey of 1,073 drinkers, it was found that in order to never experience a hangover again, more than 1 in 3 (36%) say they would willingly pay for all future drinks as a sacrifice!

The survey also found that more than 1 in 10 (14%) drinkers say they expect to experience more hangovers this holiday season due to the challenging year 2020 has been.

I’m never drinking again… More than half (56%) of drinkers say they have sworn to never drink again after having dealt with an unbearable hangover. For plenty of people, a big night out has led to a day so horrible, all alcohol is sworn off. However, for some, this ode to abstinence doesn’t last and after a few weeks, they find themselves at the mercy of yet another hangover!

More than 1 in 10 (12%) drinkers admit to having missed an important work deadline or meeting due to a hangover. For those working from home, it may be tempting to set up office from bed for the day if you’re dealing with severe symptoms. However, it’s also easy to fall asleep on the job, meaning you may miss deadlines or meetings during your nap!

Rehabs.com advises that the only true and proven way to prevent a hangover is simply to stop drinking.