‘I am that character’: New Marvel heroes battle underrepresentation of Native Americans in comics 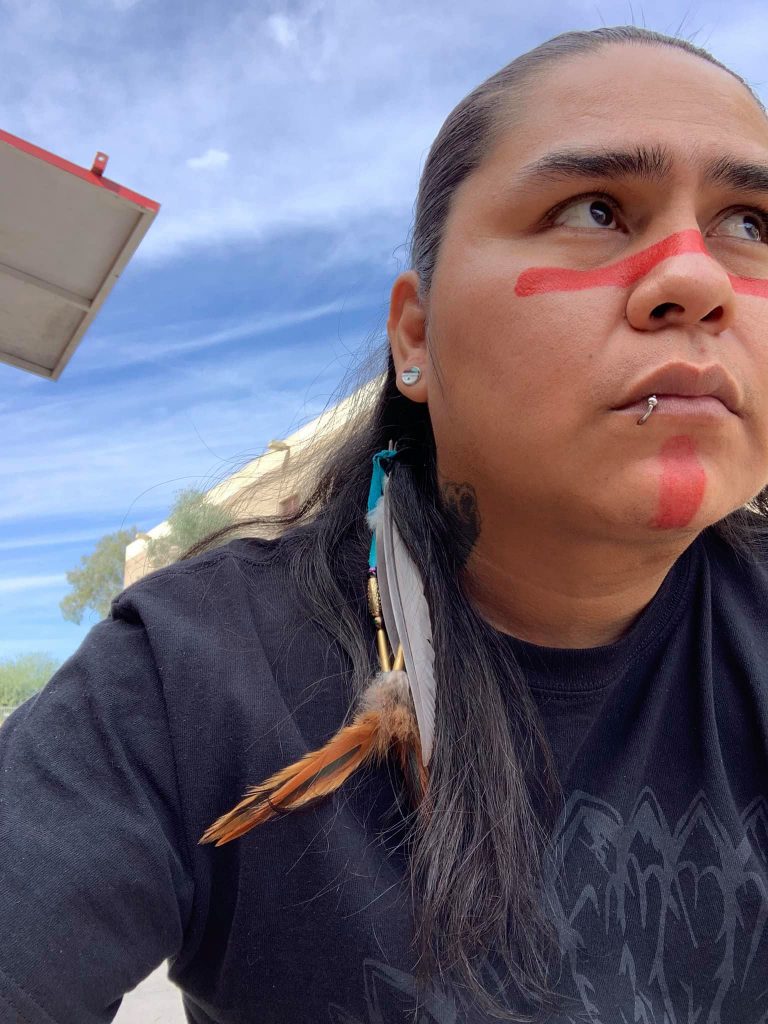 Asgard, Wakanda, Xandar and other intergalactic empires are well-known to comic book fans, but a new comic is hoping to bring readers back to Earth to learn about Indigenous heroes.

Penned by Native American artists and writers, “Marvel’s Voices: Indigenous Voices #1” was released Nov. 18, to the delight of Native Americans who feel underrepresented in the comic book universe.

Keith Jim, a Navajo artist who became interested in comics at an early age, is proud to see Native Americans breaking through into the superhero world.

“Sometimes I feel like we’re forgotten. We are still here, so it’s important to stand up,” said Jim, who drew the comic book episode “The Heroes” in 2018.

Jim said Native American comic book characters usually are depicted in stereotypical ways, as they are reduced to complementary or side roles and are shown in feathers and loin cloths.

Anthony Thibodeau, a curator at the Museum of Northern Arizona who specializes in Indian arts and culture, said this misrepresentation of Native Americans is evident in mainstream popular culture.

“Any character that was a non-white character, they were usually represented in a very stereotypical way,” Thibodeau said. “Either through their clothing, a lot of times how they talk or through their accent.”

To eliminate these stereotypes, he said, it’s important that the Marvel comics are created by Native Americans.

“I think it is a good step,” Thibodeau said. “Especially having these writers and artists interpret these characters to bring a better sense of representation into mainstream pop culture than there has been.”

Thibodeau and Jim hope that the new Marvel comic book heroes, including Echo, Mirage and Silver Fox, will help tear down the misrepresentation of Indigenous people.

“I can’t wait for it to come out just to see how it should’ve been from the start, how Native Americans should have been represented from the start,” Jim said.

Cory Bushnell owns Cab Comics, the closest comic book store to the Navajo Nation, where the new Marvel comic will be sold.

“It’s something that we’re excited to have in the store and excited to help encourage people to know about,” Bushnell said. “It’s encouraging people to learn more.”

Bushnell and Jim both said that these new heroes will help Native Americans feel inspired. Kyle Charles, an Indigenous illustrator for “Marvel’s Voices: Indigenous Voices,” already received support from Indigenous women for his depictions of the Marvel hero “Dani” Moonstar, a member of the Cheyenne Nation who was introduced in 1982.

“I hope they (women) get inspired or they feel empowered. I hope they get whatever they need out of it, even if it’s just to escape,” Charles said in an interview with the Canadian Press. “The most important thing to me is them seeing this and saying, ‘That’s me, I am that character.’”

PrevPreviousOpinion – Race and Crime: Who Attacks Whom?
NextMichelangelo up close: Exhibit brings replicas of Sistine Chapel masterpieces to PhoenixNext