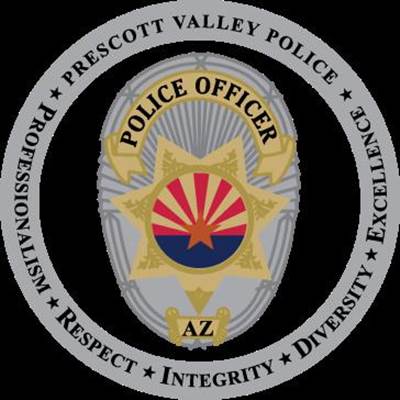 On Tuesday, December 8, 2020, the Prescott Valley Police Department arrested a male subject regarding the December 3rd early morning shooting into the occupied dwelling of a Yavapai County Sheriff’s Deputy.

Among others, the subject was charged with: Attempted Second Degree Murder, Aggravated Assault with Deadly Weapon, Aggravated Assault Upon A Peace Officer, Discharge of a Firearm at A Residential Structure, Endangerment – Substantial Risk of Imminent Death, Misconduct Involving Weapons, Unlawful Discharge of a Firearm Within Town Limits, Possession of Stolen Firearm, Tampering with Physical Evidence, Disorderly Conduct Discharging a Deadly Weapon, Criminal Damage, and Probation Violation.

The Prescott Valley Police Department expresses appreciation to the following agencies for their diligent assistance in this incident: Yavapai County Sheriff’s Office, Yavapai Silent Witness, Prescott Police Department, Arizona Department of Public Safety, US Marshall’s Office, and US Department of Homeland Security. Appreciation is also expressed to the many citizens who have provided information and contributions to Yavapai Silent Witness.

Even though an arrest has been made, the investigation is still ongoing. If you have any information re this incident, please contact Prescott Valley Detective Field at 928-772-5108. You may still contact Yavapai Silent Witness at 1-800-932-3232 or www.yavapaisw.com.

YCSO Sheriff Scott Mascher made the following statement: “I would like to give special thanks to Prescott Valley Police Chief Steven Roser and his staff for making this case a priority leading to the arrest of a suspect. Also, I would like to thank YCSO detectives who assisted the Prescott Valley Police, along with the invaluable assistance of the Department of Public Safety, the Prescott Police Department, and US Marshall’s Service.

“No family should ever have to go through such an ordeal. I was confident knowing law enforcement would arrest a suspect and bring justice to the deputy and his family. And finally, thanks to the community for their unwavering support. We are truly grateful. ”

IF YOU SEE SOMETHING, SAY SOMETHING!