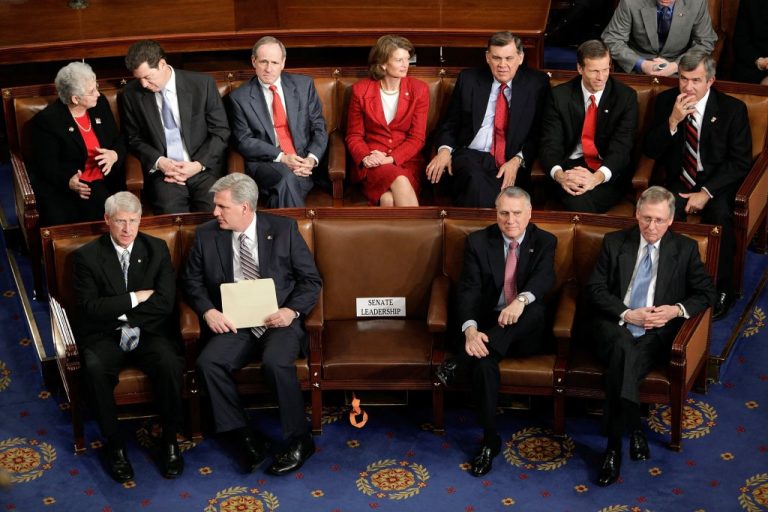 Add one more thing to the list of normal activities that have been upended in 2020 – the job of the state’s presidential electors.

What is normally a mundane and largely ceremonial task, often handed out as a reward for loyal party service, has been thrust into the spotlight this year by ongoing Republican challenges seeking to upend the election of President-elect Joe Biden.

“This is a very unusual election cycle in that the Electoral College members have never been challenged like this before,” said Felecia Rotellini, the chair of the Arizona Democratic Party and one of 11 electors scheduled to meet Monday in Phoenix and cast the state’s votes for Biden.

Despite those challenges – the latest of which were rejected by the Arizona Supreme Court and a U.S. District Court in separate rulings this week – Rotellini said she is “confident that our electors will be able to vote on Dec. 14.”

“The process is sound, the selection process is sound. And I believe that we will move forward,” she said. “I have every confidence in our government’s systems of election and so far it is moving smoothly.”

Smooth is how the process works in most years with presidential electors.

When voters cast a ballot for president, they are actually voting for the slate of presidential electors who pledge to vote for that candidate in the Electoral College. Each state gets one Electoral College vote for each of its U.S. senators and House members, and the District of Columbia gets three, for a total of 538 votes – the candidate who gets 270 or more of those votes becomes the next president.

Electors across the country will meet Monday in their state capitals to cast separate votes for president and vice president, which have to be delivered to the Senate by Dec. 23. The next Congress will meet in joint session on Jan. 6 to count the ballots and the winner will be inaugurated on Jan. 20.

Typically, the only excitement is whether an elector will go rogue and not vote for the party’s candidate – an issue that flared up in 2016, when a handful of so-called “faithless electors” for both President Donald Trump and Democratic nominee Hillary Clinton voted for someone else.

But that’s not likely to happen in Arizona, one of 20 states that bind electors to vote for the candidate who won the state. Under Arizona law, an elector “who knowingly refuses to cast that elector’s electoral college vote as prescribed … is no longer eligible to hold the office of presidential elector” and is removed and replaced.

Andy Gordon, an attorney in Phoenix who was a Democratic elector for Bill Clinton in 1996, notes that the concept of a faithless electors law “was found constitutional by the Supreme Court” this year.

“You have to vote for who the people tell you to vote for,” Gordon said.

But some Arizona Republicans are fighting to oust the Biden electors and replace them with Trump electors, charging in a series of lawsuits that the Nov. 3 election results should be overturned due to election fraud.

All of those suits have been quickly rejected by state courts in the weeks after the election.

On late Tuesday, the Arizona Supreme Court threw out Arizona GOP Chairwoman Kelli Ward’s claims that damaged and duplicate ballots were miscast and needed to be reviewed. The court noted that the party’s review of 1,626 Maricopa County ballots turned up just nine that were miscast, a number that when “extrapolated to the total number of duplicate ballots … is not sufficient to come close to warranting a recount” under state law.

It also said the GOP had failed to provide evidence of problems with mismatched signatures on ballots or evidence of anything more than simple mistakes that were fixed by election workers.

Chief Justice Robert Brutinel wrote that the “challenge fails to present any evidence of ‘misconduct,’ ‘illegal votes’ or that the Biden Electors ‘did not in fact receive the highest number of votes for office,’ let alone establish any degree of fraud or a sufficient error rate that would undermine the certainty of the election results.”

That ruling was echoed Wednesday in a ruling in a separate case by U.S. District Judge Diane Humetewa. She rejected a challenge filed on behalf of the Republican electors, saying their claims of election fraud and hacking were little more than “a lengthy collection of phrases beginning with the words ‘could have, possibly, might,’ and ‘may have.’”

Humetewa’s ruling has already been appealed to the U.S. Circuit Court. In a statement, Ward called the state court’s ruling “disappointing,” claiming the party should have been allowed more time to “review additional material for similar mistakes.”

The U.S. Supreme Court this week rejected an election challenge from Pennsylvania, but is still considering a Texas suit seeking to overturn results from Georgia, Pennsylvania, Michigan and Wisconsin – all states won by Biden. A number of Republican-led states have backed Texas and 106 House members – including Arizona GOP Reps. Andy Biggs of Gilbert and Debbie Lesko of Peoria – asked Thursday to file briefs supporting the Texas suit.

Biggs has been one of the most vocal opponents of the results, suggesting in an appearance last month on the “Charlie Kirk Show” that if state results were nullified the election could be thrown to Congress.

Gordon calls such challenges little more than “Trump in his frenzy of trying to figure out some way to steal the election, and that has put more focus on the electors to see if there’s some way he could peel them off, or really delay them.”

The electors themselves are chosen by the respective state party chairs. Tom Collins, the executive director of the Arizona Citizens Clean Election Commission, describes the selection as “kind of an honorarium for members of the members of a party, party activists, longtime party contributors and luminaries, if you will, within the state local parties.”

Rotellini said she tried to select Democrats who “have deep roots to our state, and who have dedicated their lives to public service.” The 11 Democratic electors are a mix of genders, races and ethnicities.

“I looked for diversity that reflected who we are as a state and those values that we all believe in, frankly, whether Democrat, Republican or independent,” she said.

Collins is not worried about the legal threats “being bandied about with the kind of a cavalier attitude” by state Republicans. Although he does say that it muddies the waters, “making it less clear than it ought to be that Arizona law says that there are elections that occur, you know, on Nov. 3 and the county and state canvasses follow from that, and the electors who are seated have the obligation of both for the who won the most votes in Arizona.”

That process has played out so far, with counties auditing their ballots and the governor, attorney general, secretary of state and chief justice of the state Supreme Court certifying the results on Nov. 30, clearing the way for Monday’s Electoral College vote.

Despite the distractions so far, Gordon said that once the electors sit down to vote Monday “there probably won’t be any surprises.”