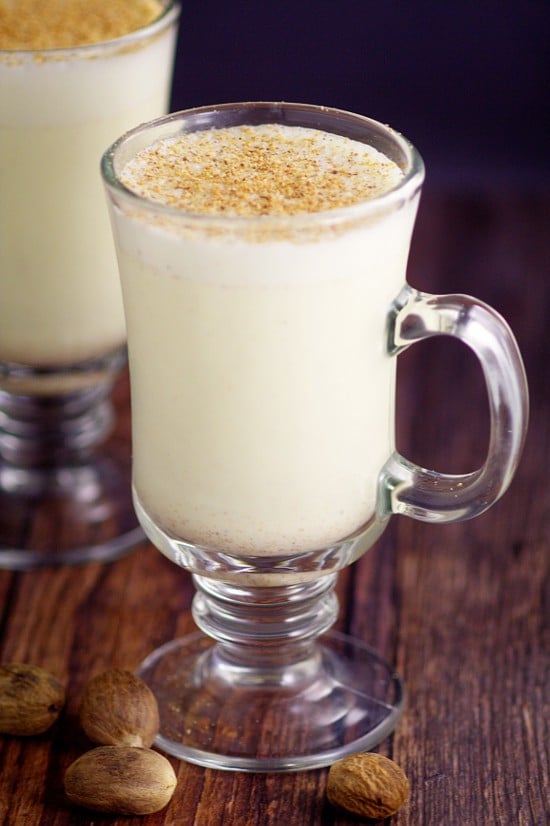 As temperatures drop, trees go up and fireplaces are aflame, it can only mean one thing… the countdown to Christmas 2020 has begun. Following an extremely challenging and rather un-festive year, many of us are now welcoming the holiday spirit with open arms and clinking glasses. Inherent to American holiday celebrations are, of course, traditional, tried-and-tested, booze-infused Christmas cocktails. From eggnog, the snowball and hot buttered rum, to morning mimosas and Irish coffee, there is bound to be one which reigns supreme as America’s festive favorite…

Alcohol.org, a resource for the treatment of substance use disorders, conducted a survey of 3,000 drinkers (aged 21+) to compile a list of the most popular Christmas cocktails across the country. This found that emerging victorious at the very top of Arizona’s list this season is the ever-popular and traditional… eggnog! Although its exact origins are unclear, this festive favorite has evolved from its early life as a type of medieval English ‘posset’, which is essentially a warm milky drink infused with wine/ale. Today, this decadent holiday classic is made with heavy cream or milk, raw eggs, sugar, spices like nutmeg, cinnamon and/or vanilla, and light rum.

It appears Arizonans love a classic old fashioned as second on the list was good ol’ whiskey. Considering the US is home to over 2,000 whiskey distilleries across the country, it’s perhaps no wonder we are partial to this fermented spirit.

Third on the list was found to be the iconic Hot Toddy – ward off the winter blues with this holiday staple consisting of a spirit (such as whiskey or dark rum), lemon, hot water, honey and warming spices like cinnamon, clove or star anise – served hot. A true ode to the holiday season!

The survey revealed that more than 1 in 5 (22%) respondents are avoiding alcohol for now in preparation for a boozy holiday season. Perhaps this period of abstinence is necessary considering more than 1 in 3 (34%) people admit they start drinking first thing Christmas morning.

The survey also found that the average adult usually drinks $31 worth of alcohol over Christmas day.

Considering ‘tis the season to be jolly, nearly 1 in 5 (17%) drinkers admit they have tried to cure a hangover with a ‘hair of the dog’! Although there is no scientific evidence proving that having another drink will help cure a hangover, it may make the hungover person feel a little better by reintroducing alcohol into their system. This is due to the fact that the effects of a hangover are caused by a sharp drop in alcohol concentration after a period of heavy drinking, resulting in a headache, fatigue, dizziness, nausea and/or extreme thirst. These symptoms may reach their worst peak once the individual’s blood-alcohol concentration gets to zero.

“This year has presented a great deal of challenges for many, and the idea of indulging in a holiday cocktail is something people are looking forward to,” said Theresa Dunaway, director of nursing at Oxford Treatment Center and spokesperson for Alcohol.org. “But safety must be kept in mind. There are more alcohol-related accidents during the holiday season than during any other time of the year, and due to the spread of the virus, newly-implemented COVID-19 safety measures must be adhered to. The holiday season is a time for enjoyment, but it must take place safely and responsibly.”