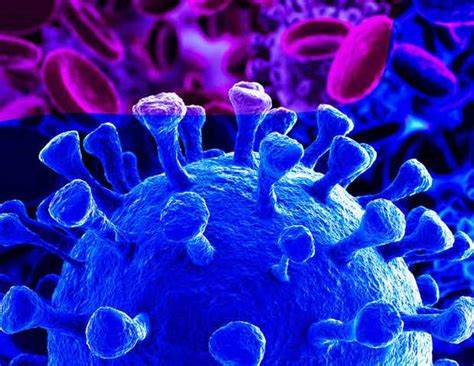 Research from Arizona and beyond suggests the coronavirus that causes COVID-19 can spread erratically, making some infected people “superspreaders” and others dead ends for transmission.

This can create clusters or “micro-hotspots” – neighborhoods, schools, towns or other small geographic areas where the virus runs rampant – even while communities next door remain relatively unscathed. These concentrated outbreaks aren’t included in the Arizona Department of Health Service’s COVID-19 data dashboard, which breaks down cases by county.

The company partners with more than 20,000 labs across the U.S. that quickly share the results of COVID-19 tests, along with the patient’s address. The firm then calculates the percentage of positive COVID-19 tests by city and, in some cases, neighborhood. Plantes said the patient information they receive from labs is subject to privacy laws.

For example, the platform’s Maryvale east zone in Phoenix, which is bounded by 27th and 59th avenues and Interstate 10 and Camelback Road, showed a percent positivity of more than 29% over the past week. That rate is nearly double the recent positivity rate for Maricopa County, and is second only to the Yuma zone for highest in the state.

Conversely, the Tempe north zone just 10 miles away had a positivity rate of about 11% over the same time period – the lowest of all zones across Arizona.

“I often think of it like radar in weather,” Plantes said. “A weather front can go through a town, and a tornado, thunderstorm or hailstorm can be happening in one part of the county and yet the other part of the county has sunshine.”

Plantes’ dashboard uses data from about 1.1 million COVID-19 tests administered in Arizona – or about 42% of the total reported by the Department of Health Services.

Will Humble, former director of the department who now is executive director of the Arizona Public Health Association, said this kind of data is particularly useful for those making policy decisions regarding smaller geographic areas, such as school districts.

The virus can crop up in clusters, he suggested, because it can pass so easily from one person to another, especially in certain environments.

“It is distinguished from influenza, for example. What you see with influenza is a more sporadic type of situation,” Humble said. “This virus is more contagious than influenza … especially with certain environments like bars and nightclubs.”

In June, videos of young people packed into Old Town Scottsdale bars made national news as cases in the state soared. According to data compiled by hc1, the COVID-19 positivity rate for 20 to 29 year olds in Scottsdale was 24% that month. In August, after bars were closed most of the month under an executive order from Gov. Doug Ducey, the percent positive for that age group in Scottsdale dropped to 8%.

Research from around the world supports the idea that transmission of the virus can be feast or famine.

In one notable case from Washington state in March, one sick member of a choir sang in a room with 60 other people for two and a half hours. A Centers for Disease Control and Prevention report found that 87% of the people there got sick; three were hospitalized and two died.

On the other hand, stories abound about people living in close contact with an infected person for weeks without getting sick.

A study in China found that the rate of infection for those living in close contact with an infected housemate was about 16%, with far lower rates found in children and higher rates found in the spouse of the infected person.

Another study, which relied on thousands of antibody tests from households in Utah, found that 12% of those living with an infected person came down with the virus.

With COVID-19, it appears that a small number of infected people often are responsible for widespread transmission. One study that analyzed Hong Kong’s detailed contact tracing data found that 19% of the sick people there accounted for 80% of local transmission. Many other studies show similar results.

Efrem Lim is a virologist with Arizona State University who leads his institution’s collaboration with the Arizona COVID-19 Genomics Union, an alliance of researchers from across the state that collects viral samples, sequences their genomes and shares the findings.

What they’ve found is the virus is constantly mutating, albeit usually in a way that doesn’t make it more or less dangerous to humans, Lim said.

These tiny changes, however, do cause it to leave a paper trail in its genetic code as it spreads from person to person. If someone has an identical version of the virus as another, they likely contracted it from that person, or at least the chain of transmission between the two is short.

The researchers have examined more than 3,000 positive samples and recently published an analysis of their data in the American Society for Microbiology journal mBio. They found that the virus started circulating in Arizona in February and these first instances of community spread were imported from the outbreak in Washington state. Interestingly, Lim’s group determined that the state’s first COVID-19 case – a member of the ASU community who had recently returned from China – resulted in no additional cases.

“So that was the opposite of a superspreader, someone who was very compliant, followed the rules, isolated, and there you go,” Lim said. “You see evidence of it completely shutting down the chain of transmission.”

Their data also showed evidence of the opposite scenario: instances where one infection resulted in many others, whether through a single superspreader event or through a chain of transmission.

“We definitely see some sort of clusters of these sequences,” Lim said.

This quality of the virus – that some can give it to no one and others to many – does not have to do with its genetics, Lim said. For various reasons, he added, it is possible that some people may shed more virus than others, but an undoubtedly important factor is the choices an infected person makes.

“I wouldn’t say it’s inherently the virus – something bad about this strain,” Lim said. “A lot of it is actually driven by human behavior, which is why it’s important that people should still keep wearing a mask.”