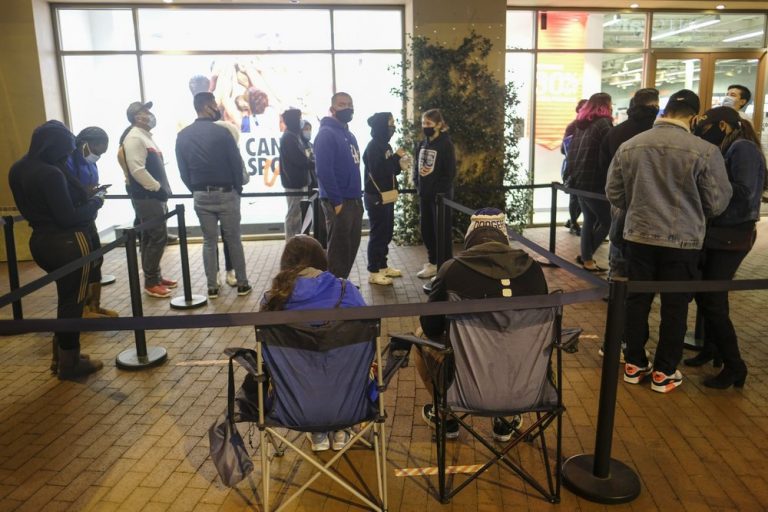 The raging coronavirus pandemic kept crowds thin at malls and stores across the country on Black Friday, but a surge in online shopping offered a beacon of hope for struggling retailers after months of slumping sales and businesses toppling into bankruptcy.

In normal times, Black Friday is the busiest shopping day of the year, drawing millions of people eager to get started on their holiday spending.

But these are not normal times: A spike in coronavirus cases is threatening the economy’s fitful recovery from the sudden plunge in the spring. Crowds at stores were dramatically diminished as shoppers shifted online.

Game consoles, cookware, robotic vacuum cleaners, slippers and pajamas were popular among shoppers preparing to spend a lot of time indoors this winter. Many were still eager to get into the holiday spirit and delight their loved ones after a tough year.

Eric Kelly, a boxing gym owner, camped outside a store on Black Friday for the first time in his life, trying to score a PlayStation 5 for his 13-year-old twin sons as a reward for persevering through remote learning during the pandemic.

“They’ve been away from their friends,” said Kelly, who failed to get the console at a GameStop in New York City’s Union Square but said he would keep trying online. “They’ve done everything they had to do in school and outside of school, so I have to award them for being exceptional kids.”

Before Black Friday, GameStop teased that it would have a limited supply of the new $500 PlayStation 5 game console for sale only at its stores, in contrast to other retailers that sold it only online. 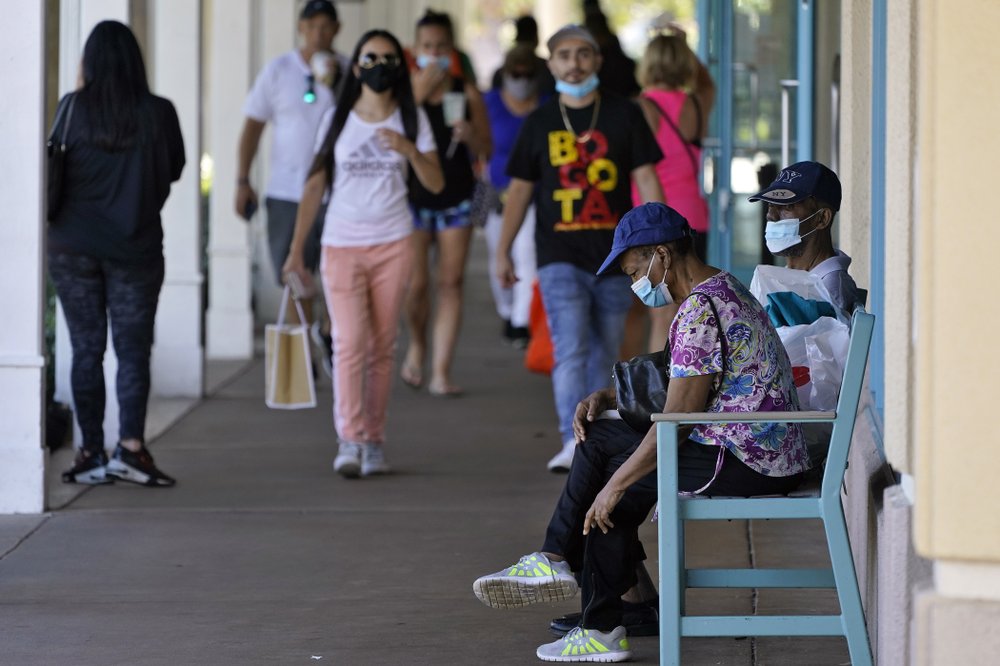 Kelly said “people were on top of each other” in the line. At a Garden State Plaza mall in Paramus, New Jersey, police monitored a crowd outside a GameStop, but few people kept their distance.

Many retailers beefed up their safety protocols to reassure wary customers about coming in on Black Friday. But stores also catered to those shopping digitally by moving their doorbuster deals online and ramping up curbside pickup options.

“We have been intentional to try to not create the frenzy, the doorbusters, the long lines and the crowds you typically see on a Black Friday, ” said Stephen Lebovitz, CEO of CBL, which operates about 100 malls and filed for Chapter 11 bankruptcy in November.

Several hundred shoppers lined up ahead of opening at Mall of America in Bloomington, Minnesota, which normally attracts several thousand on Black Friday. The mall spread out the Black Friday deals over eight days, and many retail tenants pivoted more to online and curbside pickup, said Jill Renslow, Mall of America’s senior vice president of business development.

“It feels good, and it’s the right thing to do to keep everybody safe,” Renslow said “Everyone is shopping a little differently but that’s OK.”

Only a trickle of shoppers showed up at Macy’s Herald Square in New York an hour after it opened, offering 50% off handbags and 60% off women’s and men’s coats. Workers sanitized door knobs and windows.

A Christmas tree towered over the largely empty streets around The Domain, the most popular outdoor mall in Austin, Texas. Store employees counted masked shoppers trickling in to stay within the state’s 75% capacity limit.

The U.S. Centers for Disease Control and Prevention has labeled shopping in crowded stores during the holidays a “higher risk” activity and says people should limit any in-person shopping.

The National Retail Federation, the nation’s largest retail trade group, predicted that shoppers will be looking for reasons to celebrate. The trade group expects sales for the November and December period to increase between 3.6% and 5.2% over 2019, compared with a 4% increase the year before. Holiday sales have averaged gains of 3.5% over the past five years.

“We think there’s going to be a psychological factor that they owe it to themselves and their families to have a better-than-normal holiday,” said NRF Chief Economist Jack Kleinhenz.

Thanksgiving Day hit a new record online as spending reached $5.1 billion, up 21.5% compared to a year ago, according to Adobe Analytics, which measures sales at 80 of the top 100 U.S. online retailers. Among the most popular items were Lego sets, Barbie toys, and kid scooters, HP laptops, and Apple Watches, according to Adobe. The popularity of Netflix’s “Queen’s Gambit” has boosted sales for chess-related items.

Black Friday is projected to generate $10 billion in online sales, a 39% bump from the year ago period, according to Adobe. And Cyber Monday, the Monday after Thanksgiving, will remain the biggest online shopping day of the year with $12.7 billion in sales, a 35% jump.

Big box stores like Walmart and Target, which were allowed to stay open during the spring lockdowns, have enjoyed further gains from ramping up their online services, analysts say.

But stores deemed non-essential that were forced to close have struggled to recover. More than 40 chains, including J.C. Penney and J.Crew, filed for bankruptcy.

“Is there going to be a surge in apparel gifting, footwear gifting to help out any of the specialty retailers and do they have the digital presence to actually capture the attention of the consumers?” said Sonia Lapinsky, managing director in AlixPartners’ retail practice. “That remains to be seen, and I think it will be more on the grim side.”

There are also fewer deals to be had this year. Non-essential retailers were forced to halt production at the onset of the pandemic, leading to lower inventory. As a result, holiday promotions are tracking below last year’s levels for clothing, consumer electronics, power and hand tools and home goods, according to Numerator, a market research firm.

Erika Mendez usually heads to the mall every Black Friday to shop at clothing brands Zara, H&M or Forever 21. But this year, the New Jersey journalist student ended up shopping on Amazon, scoring a Nike track suit for 25% off, as well as Nike sneakers that were 20% off.

And Black Friday was the last thing on the minds of some hurt the most by the pandemic. At a popular shopping area in St. Petersburg, Florida, several storefronts were empty, and the only line was at a plasma donation center.

Leonard Chester, 58, said he hoped to get at least $55 for the donation, saying that he needed to eat. When reminded that it was Black Friday, he let out a laugh and pointed to the line around him.

“This says that people are hurting. The economy’s bad,” said Chester, who was laid off from his job as a bouncer at a strip club two months ago.