1 in 4 Arizona parents believe the drinking age should be lowered from 21, reveals survey 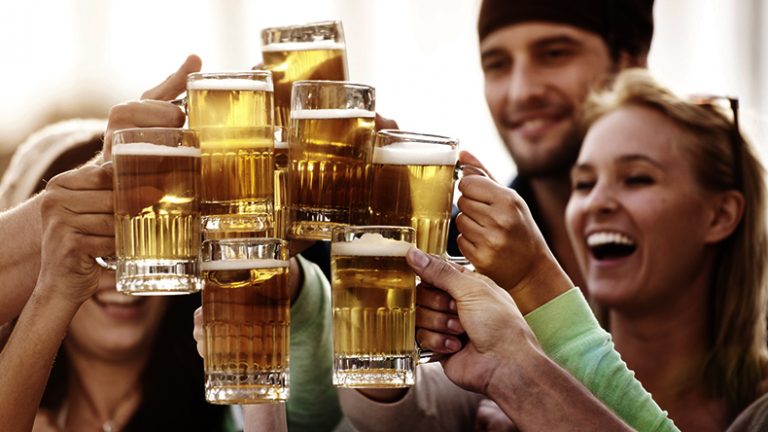 The parenting experience involves many high points, low points and times of concern, particularly when a parent suspects that their child is experimenting with alcohol. For some parents, the suspicion starts with alcohol in the home disappearing, or when they return home from and head straight to their bedroom, knowing that their inebriation is obvious. Experiences such as these can lead many to question their own parenting skills, yet according to a new survey, it appears many parents believe in a more proactive approach to managing their teenager’s introduction to alcohol.

A survey of 3,090 parents by Alcohol.org has revealed that nearly 1 in 4 (23%) Arizona parents believe the legal drinking age should be lowered from 21. It was also found that the average parent said they would allow their child to have their first alcoholic drink at the age of 19 – three years below the legal drinking age. The National Minimum Drinking Age Act was implemented across the nation following a large spike in alcohol-induced car accidents in the 1970s. Despite the law being issued, according to the NIH, young people between the ages of 12 and 20 consume one-tenth (11%) of all alcohol consumed across the United States. Many parents have come to the conclusion that playing an active role in their children’s alcohol education will encourage more responsible drinking later in life.

There are, of course, pros and cons to this issue – proponents of lowering the drinking age argue that reducing the drinking age could mean adolescents would learn to drink alcohol in a safe environment with parents, which would reduce the number of alcohol-related accidents among underage drinkers. This is because many underage drinkers will not seek medical attention because they fear the legal consequences in doing so. Teenagers would also be less prone to binge as an act of rebellion towards the law or their parents. In countries such as France, the legal drinking age is 18 and often children will drink alcohol with parents at an even younger age, so excessive drinking later in life is less likely as moderated drinking is part of the culture. On the other hand, research also shows that the brain continues developing until people are well into their 20s, and alcohol can negatively impact this development, potentially causing cognitive issues and/or leaving the individual more prone to alcohol dependence later on in life.

Broken down across the country, parents in West Virginia are most in favor of lowering the legal drinking age with 40% agreeing. Comparatively, those in Indiana appear more conservative with less than 1 in 10 (8%) in favor.

The survey also asked those parents who are in favor of lowering the drinking age what type of alcohol they would be happy to allow their child to drink to introduce them to alcohol. Forty percent of parents said they would introduce their child to beer or cider first. This was followed by wine (33%), spirits (20%) and alcopops or coolers (7%). It should be noted that although all states across the U.S. prohibit supplying alcohol to minors, some do have exceptions to this law, allowing underage drinking in certain circumstances. These may include educational purposes (such as culinary school), religious activities, parental or guardian consent, or medical reasons.

Despite the number of parents in support of lowering the legal drinking age, it appears they do have strict views when it comes to enforcing punishments. Three-quarters (75%) of parents say they would punish their child if they found out they were drinking alcohol. Additionally, nearly 1 in 10 (9%) parents say they have caught their teenage children stealing alcohol from them.

Perhaps of concern, almost half of American parents who have teenagers say they have never had a talk with them about the dangers of substance use. According to SAHMSA, parents have a significant influence on their children’s decisions to experiment with substances. Therefore, if addressed directly, children are more likely to respect their parents’ rules and advice on the topic. Additionally, the survey found that 1 in 3 parents admit they have been drunk in front of their children.

“Alcohol misuse far exceeds cigarettes and marijuana among adolescents, and has been a serious public health issue for more than a decade,” said Denise Dunn, Executive Director at Desert Hope Treatment Center and spokesperson for Alcohol.org. “Assaults, motor vehicle accidents and even brain damage can occur in underage drinkers. Not only is alcohol harmful to the developing brain, but research shows that there is a link between drinking at an early age and the correlation of Alcohol Use Disorder. Unfortunately, alcohol is easily attainable. Parents who suspect their child may be drinking or notice signs of alcohol use can utilize a multitude of online resources available at no cost to address the situation.”

PrevPreviousOpinion: From The Right: Still Plenty of Reasons for Conservatives to Be Thankful
NextYavapai College reverts to ‘Red Phase’ of COVID-19 re-entry plan beginning 11/30Next