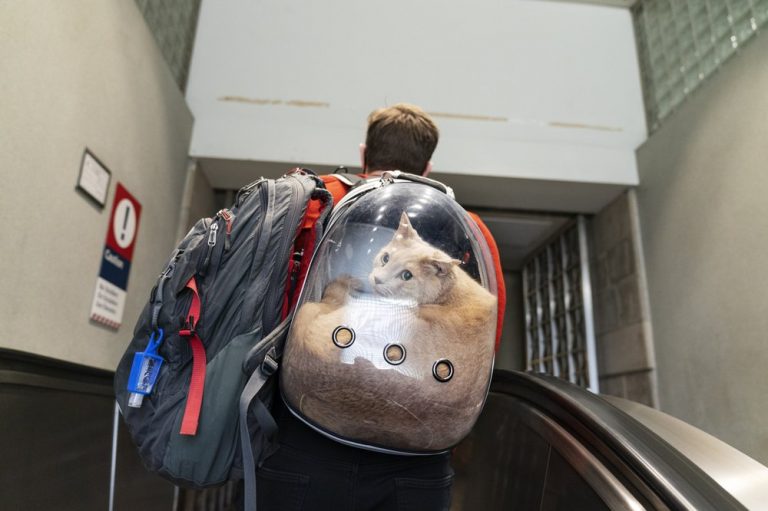 Coronavirus infections are ravaging South Dakota, where more than half of tests have come back positive for weeks. Yet Gov. Kristi Noem won’t require masks or take other measures to curb the spread, including urging families to limit Thanksgiving gatherings.

Oklahoma Gov. Kevin Stitt said he’ll attend a college football game over the weekend and spend the holiday with his parents, noting that, “Oklahomans should be with their loved ones over Thanksgiving.”

And in Tennessee, where hospital beds are filling up and some hospitals struggle to find enough nurses, Republican Gov. Bill Lee said he has no plans to impose restrictions, though he would “encourage Tennesseans to think hard” about celebrating together.

As the public health crisis spins out of control and hospitalizations and deaths soar, health experts have agonized for weeks over the potential for explosive virus spread from indoor celebrations. Yet several Republican governors in hard-hit states refuse to echo urgent pleas from the Centers for Disease Control and Prevention for Americans to stay home next Thursday.

“We know what will happen. We know that three to four weeks from Thanksgiving, we will see an exacerbation of the outbreaks,” said Dr. Georges Benjamin, executive director of the American Public Health Association, who called the governors’ reluctance to impose restrictions or encourage people to stay home a “tragedy” motivated by politics.

The United States has had more than 11 million diagnosed infections and more than 253,000 deaths from the coronavirus since the start of the pandemic. And hospitals in many states are running out of beds and are short on nurses, including in the states where governors are reluctant to act.

“By not walking the talk .. I think they’re sending a very dangerous message to their citizens,” Benjamin said.

Yet some governors who for months echoed President Donald Trump’s criticism of measures to control the virus are now relenting, including North Dakota Gov. Doug Burgum, who recently ordered the use of masks statewide.

And Republican and Democratic governors from several Midwestern states issued a joint video urging people to say home for Thanksgiving and wear masks to slow the spread of the virus until a vaccine is widely available.

Ohio’s Republican governor, Mike DeWine, and his wife, Fran, cancelled their annual Thanksgiving gathering at their farm in southwestern Ohio, saying it would be too risky for Fran DeWine’s 94-year-old mother and two new grandchildren who are just days old.

Instead, they will celebrate with family via Zoom or FaceTime and deliver food or see family members from a distance as they pick up turkey, homemade rolls, pies and apple dumplings made by Fran DeWine.

Louisiana Gov. John Bel Edwards, a Democrat, is urging people to limit Thanksgiving gatherings, saying, “We ought to love our loved ones enough to not want to expose them to the dangers of COVID.”

And Michigan’s Democratic governor, Gretchen Whitmer, who has weathered backlash from residents over business closures and mask orders, said she will spend time on Thanksgiving with extended family on Zoom rather than in-person, and urges others to do the same.

Still, some governors say they’re counting on residents to make up their own minds, even as cases in their states soar.

Noem even appeared to criticize measures in other states in a statement Friday, saying, “We won’t stop or discourage you from thanking God and spending time together this Thanksgiving.”

She said smaller gatherings “may be smarter this year” and that anyone who’s sick or experiencing COVID-19 symptoms might want to stay home. CDC scientists believe that around 40% of people who are infected do not have obvious symptoms but can still spread the virus.

Iowa Gov. Kim Reynolds said it’s a good idea to be especially mindful during Thanksgiving, but when asked her advice for people considering holding family gatherings she didn’t discourage them.

“Just be conscientious of your surroundings, who you’re bringing in and practice mitigation efforts,” said Reynolds, a Republican whose state has surpassed 200,000 confirmed COVID-19 infections. “But Iowans know what to do. They’ll do the right thing. They’re responsible.”