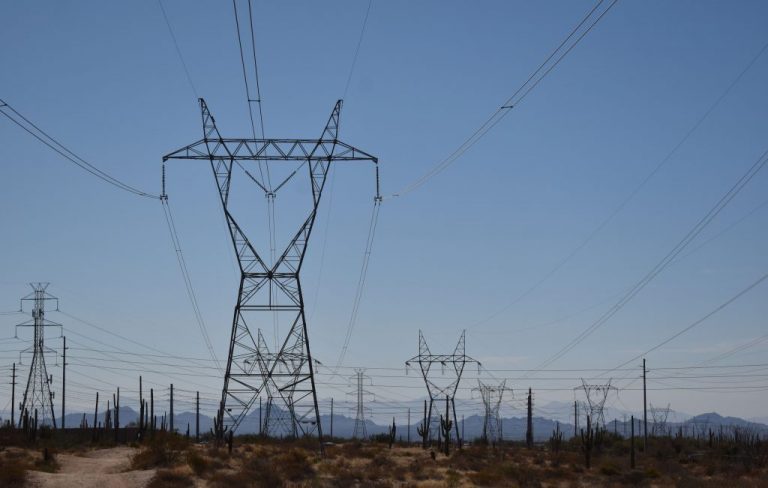 States across the Southwest have adopted clean energy plans that regulate utility companies and work toward carbon-free goals. After lagging for several years, Arizona is starting to catch up.

The Arizona Corporation Commission on Friday passed a proposal requiring utilities to be 100% free of carbon emissions by 2050 and meet particular benchmarks along the way.

According to the commission, carbon free requires the use of resources that do not generate carbon emissions “resulting from the combustion of fossil fuels, such as coal, petroleum, natural gas, oil, shale, and bitumen.” Nuclear and hydroelectric generators are considered carbon free, as are wind and solar.

The 4-1 vote initiated the commission’s formal rulemaking process, which includes opportunities for customer comment and will provide the foundation for a final commission vote in 2021.

If approved, the proposal will update energy rules that have not been changed since 2006, according to Commissioner Lea Márquez Peterson, who said it was “vitally important” to update the rules.

The proposed rules include several standards for public utilities across the state including requiring Arizona Public Service and Tucson Electric Power to be 100% carbon-free by 2050. They also would have to reach benchmarks, such as reducing carbon emissions by 50% by 2032 and 75% by 2040, along the way.

Zuckerman – whose public-interest organization “promotes greater energy efficiency and clean transportation in Arizona, Colorado, Nevada, New Mexico, Utah and Wyoming” – said the bipartisanship of the Arizona vote is unique and important to the message it sends.

Márquez Peterson said giving utilities 30 years to hit these goals is important because it gives them sufficient time to work with developing technologies.

“We don’t know yet what new innovation or technology will be in the future, so we needed to allow them that flexibility to get there,” she said. “I think that’s more palatable or more affordable for our consumers across the state.”

Márquez Peterson said the 2020 election could potentially change the way the final vote goes in 2021.

“We have two new commissioners joining us, so that’ll change the dynamics of the commission,” she said. “Will they fully support the energy rules that we’ve negotiated thus far, or will we renegotiate certain pieces of it? That’s what we’re not sure yet.”

Three seats, held by Márquez Peterson, Burns and Dunn, were up for election in November. Márquez Peterson retained her position. Democrat Anna Tovar and Republican James “Jim” O’Connor were elected to fill the other two seats.

“Arizona utilities have recently stepped up to the plate to establish their own commitments to a clean energy future,” Brown said. “The commission movement to adopt strong energy efficiency and clean energy standards will ensure they achieve and eventually surpass their commitments.”

The APS 2020 Integrated Resource Plan, which was filed with the commission in June, says the utility will provide 100% carbon-free energy by 2050, with 65% clean energy by 2030. APS also pledged to end its use of coal-fired generation by 2031.

Tucson Electric’s 2020 Integrated Resource Plan, which was filed in June, pledges to provide more than 70% of its power from renewable sources “with a portfolio that requires 70% less water and produces 80% less carbon dioxide” by 2035.

According to the Environmental Protection Agency, electricity generation, transmission and distribution make up 27% of greenhouse gas emissions, and transportation makes up 28%. In a November report, the nonpartisan National Conference of State Legislatures said many states consider clean energy generation to be the key to decarbonizing both the transportation and power sectors, which together produce 55% of total greenhouse gas emissions in the U.S.

Zuckerman said the switch to clean energy has economic benefits.

“Renewables are increasingly competitive and oftentimes outperforming on economic gas,” she said. “This is just what makes economic sense.”

The APS plan mentions that utilities need to focus on clean and renewable energy projects in impacted and disadvantaged communities. Impacted communities, Zuckerman said, are those that are “socially or economically impacted from the closure of traditional fossil resources.”