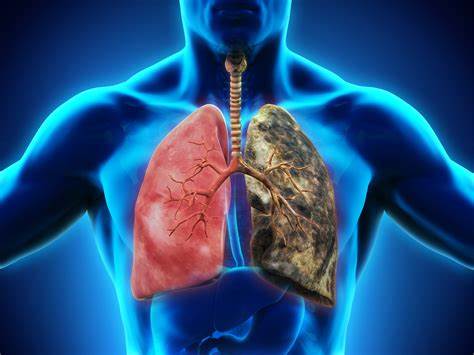 Arizona was in the bottom tier in three of six categories in a new American Lung Association report, which put the state dead-last for the number of patients who receive treatment after getting a diagnosis of lung cancer.

The 2020 “State of Lung Cancer” report released Tuesday also said Arizona ranked 46th among states for the number of patients who get surgery as a first course of treatment, and 44th for the number of people who get lung cancer screenings.

But the state was in the middle of the pack when it came to the early diagnosis of lung cancer and the five-year survival rate for people diagnosed with the disease.

“The goal of the (report) is to empower the public to learn more about lung cancer in Arizona,” said JoAnna Strother, senior director of advocacy for the American Lung Association. “And to take action to improve lung cancer patient’s access to quality and affordable health care.”

One new aspect of the annual report is a breakdown of data by race and ethnicity. In almost every category, the report said minority groups were worse off than whites when it came to early diagnosis, treatment after diagnosis and surgical treatment. Asian Americans topped whites only in the area of surgical treatment, with the report saying they were 11% more likely to get surgical care.

“Those populations are disproportionately affected for a number of reasons,” he said, including the cost of health insurance, as well as cost of and access to preventive health services.

Arizona was in the majority of states, along with 37 others, that cover lung cancer screening under the state’s Medicaid program. Derksen said that is a radical shift from when he first started in medicine.

“We didn’t screen for lung cancer because it was felt that it was such a lethal diagnosis,” he said. “Why screen for it, it wouldn’t change the outcomes.”

Derksen said that improvements in lung cancer have made the disease less of a “death sentence,” but the key remains screening for the disease to reduce mortality.

Strother agreed that “screening is the key to finding lung cancer early when it’s much more curable.”

She said overall the mission of this report is about bring awareness to those at higher risk of the disease, including people age 55 and older, current smokers or those who have quit in the past 15 years and “30 pack-year” smokers – someone who smoked a pack a day for 30 years, or two packs a day for 15 years.

Strother said those groups are eligible for a low-dose CT scan that could help with early detection, but few take advantage of it.

“Even though this simple screening test has been available since 2015, only 2.3% of those eligible in Arizona are actually being screened,” she said.

The national average was more than twice the Arizona rate, but still only a paltry 5.7% of those who were at high-risk had undergone screenings.

The report only looked at state Medicaid programs. Strother said if someone is looking into getting health insurance through the Affordable Care Act’s health care marketplace, they should do their research.

“It would really depend on the plan … and to make sure that screenings are covered through that,” she said.

Health experts said it’s hard to know how the COVID-19 pandemic will affect this screening, but the goal remains to educate people on what they currently know and the options available for screening.

“We’ll certainly improve things in Arizona if we’re able to get the information out, not only to individuals who are at risk, but also the health providers that treat them,” Derksen said.