Opinion – A COVID Vaccine: The End of the Beginning 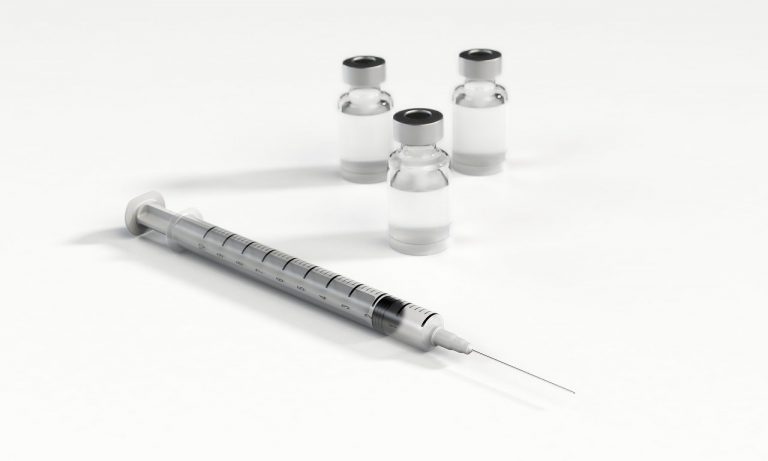 The greatest medical achievement of the 18th century was the introduction of the smallpox vaccination. In an era when medicine was primitive, smallpox was responsible for hundreds of thousands of deaths in Europe and the Americas.

This was the birth of the vaccine. Now we are on the verge of a similarly great medical achievement of the 21st century — the COVID vaccine.

— 90 percent of vaccine recipients were protected from becoming ill with COVID-19, with no reports of serious toxicity.

Many details, especially how long it will protect a recipient, still need review but 90 percent is in the range of the successful vaccines that have controlled a number of childhood diseases.

Many details must be worked out including cost, supply and distribution.

The Pfizer vaccine currently requires two injections, and there is a limited amount of vaccine accessible. Because the drug relies on a live segment of RNA, to avoid destruction of the genetic material, it must be kept at extremely cold temperatures, not generally available in your physician’s office.

This is the first time a vaccine has been successfully created by deploying genetic code into cells, another important unknown.

Companies besides Pfizer are moving ahead with different vaccines that may eventually be better and more practical.

The UK is preparing to roll out the Oxford vaccine, developed by AstraZeneca, which is cheaper, more durable and easier to administer than the Pfizer vaccine. The early UK experience bears scrutiny.

We are currently in the steep uphill curve of the third and most dangerous wave of COVID-19, with more people hospitalized than at any time during the pandemic. Right now, Illinois has the highest 10-day average of new cases of any state in the country — nearly 10,000 new cases daily. Nationally, there are now more than 11 million total COVID cases and 250,000 deaths.

Fortunately mortality continues to drop (rising death totals are a function of rising cases) and there are currently several treatments in use, the combination of which likely saved the life of President Trump.

Test-tube engineered “monoclonal” antibodies — so-called because they come from a single cell type and target a specific site on the virus — have just been approved for general use in high-risk patients.

Their best use is to forestall worsening infection in outpatients and prevent hospitalization. The anti-viral drug remdesivir can shorten hospital stay. Finally, new techniques to administer oxygen along with the steroid dexamethasone have decreased mortality in ICU patients.

But prevention remains the preferred option over treatment.

The role of vaccines in terms of public health cannot be overstated; they have saved far more lives than antibiotics.

As late as the 1960’s, two million people died worldwide from smallpox, but by 1980 when the vaccine was delivered strategically throughout the Third World, the disease was eradicated. (The two-century lag between the first smallpox vaccine and the eradication of the disease was because of the difficulty of distribution to remote areas).

Measles, mumps, chickenpox, polio, whooping cough and other childhood scourges have all caused terrible morbidity or mortality at some time. They have been largely eliminated by industry’s ability to develop effective and safe vaccines, administered by a well-supported, trustworthy public health and medical infrastructure.

Public acceptance of a vaccine is essential.

Some people balk at vaccines and childhood vaccination rates have not been universal even in affluent areas. But they have been sufficient to contain once dreadful diseases at extremely low levels. In situations where the public has turned away from effective vaccines, children have suffered unnecessarily.

Measles was declared eliminated in the United States in 2000, but in 2019 there were over 1000 cases due to unvaccinated children, primarily the result of parental reluctance about vaccination.

Political leadership must play a role.

When Dr. Jenner developed the smallpox vaccine, he received immediate support throughout Europe. Napoleon, the most powerful man in the world, had the entire French army vaccinated. Although Britain and France were at war, Napoleon awarded Jenner, a British citizen, a medal and freed two British prisoners at his request, such was the importance of Jenner’s discovery.

The winter months will be very difficult with the prospect of huge numbers of community-acquired infection and overloaded hospitals.

Mitigation, including masking and social distancing, remains essential and even more important during this time of massive community spread of infection. These mitigation measures also provide value-added protection from flu, colds and other respiratory viruses.

Widespread masking is a small concession for phased increases of in-person schooling and fewer restrictions on a variety of businesses, industries and sports. It is certainly preferable to tight lockdown.

Does a vaccine mean we are close to stopping the pandemic?  Not in the short run.

But the critical message is that a viable vaccine can be developed. As Winston Churchill told Parliament after the first successful defeat of the German army in World War II after the North African campaign, “This is not the end. This is not even the beginning of the end. But it is perhaps the end of the beginning.

Robert A. Weinstein and Cory Franklin | Inside Sources

Dr. Robert A Weinstein is an infectious disease specialist at Rush University Medical Center and former chief of infectious diseases at Cook County Hospital. He was also the director of internal medicine at John Stroger Jr. Hospital. Dr. Cory Franklin is a retired intensive care physician. The two worked together in Chicago during past flu outbreaks and the AIDS epidemic. They wrote this for InsideSources.com.
All Posts »