Republicans may have lost the presidency, but their mood has been generally positive.

Democrats won the presidency but — except shortly after Joe Biden was declared president-elect — their mood has been tempered.

Psychologically the answer has more to do with expectations than actual outcomes. Given political polls that predicted a decisive presidential win for Democrats, along with an expected down-ballot wave, most Democrats were disheartened with the outcome.

Instead of winning big, Democrats barely won the White House and greatly underachieved across the board on all other measures. While feeling some pleasure with Joe Biden’s win, along with some anxiety concerning a Republican Senate, mixed emotions are not surprising.

It can’t be said too often to Democrats that the Electoral College is not going away and in critical states the Democrats message is not working. Trump’s message that he is fighting for Republicans and that the Democrats are socialists has taken root.

Democrats may hear that as silly and uneducated, but 71 million Americans are saying Dems don’t care about them or respect their intellect or education.

Republicans feared the worst. The loss of the presidency, the Senate and maybe substantial down-ballot offices as well. They lost the White House but otherwise did far above expectation. Feeling pretty good seems logical.

Nevertheless, Republican have serious problems. Nationally, Republicans may have only narrowly lost, but where they lost is ominous for them. The demographic changes the Democrats have been awaiting are getting brighter. Republicans likely lost Georgia.

They lost Arizona by a hair, but still, they lost. Demographic increases in the Latino community looms large, not in their favor. Republicans did pay attention to the important Cuban community in Miami-Dade county in Florida, and in some specific areas of Texas, but the oncoming demographic wave continues.

Republicans’ disconnect with people of color, including new immigrants, is a major fault line and will only grow in the future.

Inaccurate polls are partially to blame for the failed expectations. Information bias is another where we tend to seek out information, accurate or not, that supports our point of view. Still another is social bias where we conform to the views of people around us.

To me, a retired psychologist, the lesson I take from the presidential election is that humans are extremely good at fooling themselves. Finding ways that allow their emotion to deceive reality. We see this in the way we process information, seeking information that confirms our already set beliefs.

This information bias is just one way we distort reality. We confirm with others in what is called social bias in order to fit in with those around us and be liked. We form tribes that give us comfort and then set up expectations based on mutual expectations that have little to do with reality.

All these as means of tilting our judgment and corrupting our ability to choose and predict. All these tendencies came into play in our 2020 presidential election.

Given how we process information, it is understandable that nationally Republicans can feel rather pleased and Democrats only tempered pleasure. Democrats unrealistically expected too much and received less. Republicans expected the worst and got more than they feared.

There is a truism in clinical psychology circles: We all believe our perceptions are right. It is a natural attitude. However, predicting election outcomes is a precarious business.

Separating our own biases is a challenge because we cannot separate our emotions from our intellect and our personal logic. But an awareness of our tendencies and the selections of data we choose can temper our expectations.

In this presidential election the polls may have been wrong, but the glasses through which both Democrats and Republicans looked through were quite distorted as well. 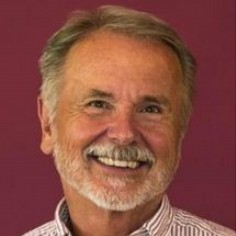