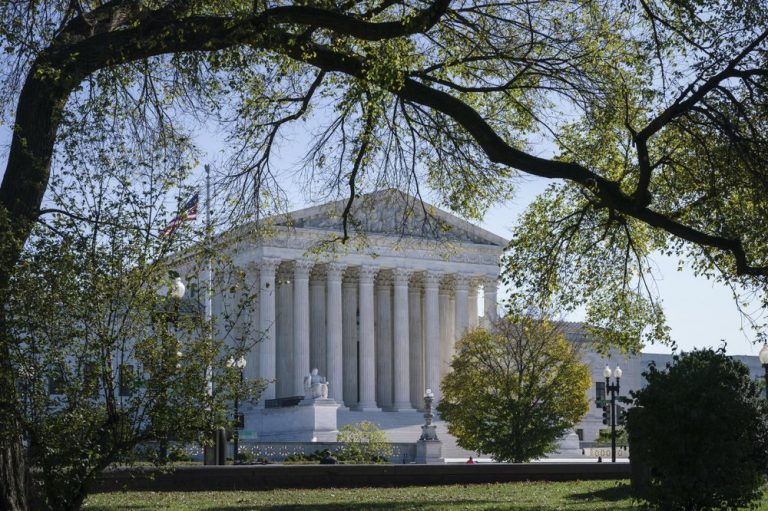 On Nov. 4, the small non-profit I lead — Philadelphia Family Pride — did something I never thought we would do: We appeared before the U.S. Supreme Court.

For five years now, our group, an organization of LGBTQ parents, prospective parents and our families, has been partnering with the city of Philadelphia to host events aimed at recruiting more foster parents. We constantly hear from government officials that there is a shortage of foster and adoptive parents for kids in foster care in Philadelphia.

When we learned in March 2018 that two taxpayer-funded foster care agencies in Philadelphia would turn away same-sex couples applying to become foster parents, one of the first phone calls I received was from a representative of the city. The representative asked to come to a recruitment event scheduled for that evening to stress to the prospective foster parents present that the city will not discriminate and that all qualified parents — including LGBTQ parents — are needed.

Thankfully, one of the two agencies decided to follow the terms of its contract with the city, which says agencies cannot turn away parents for being LGBTQ or other reasons unrelated to providing foster care. The other, Catholic Social Services, says its religious beliefs should allow them to opt out of the non-discrimination policy and sued the city after its contract was not renewed. This is the case that was argued before the Supreme Court on Nov. 4.

The case has clear implications not only for those of our members who are seeking to become foster parents but also for our efforts to help find more families to care for the more than 6,000 children in foster care in Philadelphia. So we joined the lawsuit on the side of the city and are represented by the American Civil Liberties Union.

When a foster care agency says no to families based on the agency’s religious requirements, it denies children families who are willing and able to care for them. I hear from child welfare agencies that there is already a shortage of families providing foster care, and these children cannot miss out on more families. When agencies are getting tax dollars to find families for children in foster care, the agencies’ religious beliefs should not come before the needs of the children.

During the Supreme Court’s argument, the city’s attorney echoed what the child welfare experts who have weighed in on this case have said: Non-discrimination policies increase the number of foster parents, and having the biggest pool of parents is best for kids.

In states around the country, LGBTQ people have fought for decades to overcome barriers to keeping or forming our families. While there are agencies — including religiously affiliated agencies — that work with LGBTQ families in Philadelphia and in many communities, allowing any agency to discriminate would undermine efforts to grow the broadest possible pool of families. Becoming a foster parent is not a snap decision or a quick process for anyone. Many parents have shared with me that becoming a foster parent is something that often takes months or years of thinking, planning and discussing before even making that first call or attending that first information meeting. Applying to foster means asking strangers to judge your suitability to parent.

If the court rules that that foster care agencies have a constitutional right to turn away same-sex couples based on their religious beliefs, it would deter many qualified people from the LGBTQ community from attempting or completing the foster parent licensing process. If people we are trying to support left one of our events and then contacted an agency in their neighborhood that turned them away because of their sexual orientation, that sting of rejection could be enough to keep them from making a second or third call. I know of families that had such an experience and gave up. The children in foster care in Philadelphia and across the country cannot afford to lose out on these families.

LGBTQ families — like all families — have value and worth. We shouldn’t be turned away from any taxpayer-funded program because of who we are. When it comes to the foster care system, this doesn’t just hurt us, it hurts kids.

Stephanie Haynes is executive director of Philadelphia Family Pride, which was represented at the Supreme Court by the American Civil Liberties Union. She wrote this for InsideSources.com.

Counterpoint: Court Should Protect the Religious Freedom of Foster Families

To put the Supreme Court case Fulton v. City of Philadelphia into context, Americans need to know two numbers: 250 and 424,000.

There are 250 children in Philadelphia waiting for foster families to  open their homes. And there are 424,000 awaiting foster-care placements nationwide at the end of 2019, according to the Children’s Bureau at the Department of Health and Human Services.

Two recent trends have made the foster-care crisis more acute: opioid abuse, which has dramatically increased the number of children in state care over the last several years, and COVID-19, which has decreased the supply of foster parents.

Philadelphia put out an “urgent” call for 300 more foster families in March 2018 shortly before it terminated the contract of Catholic Social Services. CSS was caring for needy children in the City of Brotherly Love 200 years before the city got involved in this work. So why, despite its waiting list, would the city refuse to work with CSS?

Because Philadelphia demanded that CSS violate its religious belief that marriage is between a man and a woman by ordering the agency to certify same-sex couples as married foster parents.

Of the 30 child welfare agencies that certify prospective foster parents, 29 work with same-sex couples. If a same-sex couple approaches CSS, it refers them to those agencies. Philadelphia made exceptions to other categories of its non-discrimination policy, including race and disability, but refused to accommodate the religious beliefs of CSS.

City officials tartly informed CSS that “it’s not 100 years ago,” but the traditional teachings of the Catholic Church are also what enables CSS to serve its members, who are three times as likely to adopt as the average American. Sharonell Fulton and Toni Simms-Busch, the two African-American Catholic foster moms who filed the case against Philadelphia, credited both their faith and CSS in Philadelphia with giving them the courage and strength to foster more than 40 children.

Not a single same-sex couple approached CSS for certification or complained about them. This was not lost on the court. Justice Stephen Breyer said what is “bothering me a lot” about the case is “that no family has ever been turned down by this agency — indeed has never applied,” but the city still tried to shut them down.

Justice Samuel Alito pressed the city to acknowledge that the core of the conflict was a disagreement by adults over same-sex marriage, not an effort to increase pools of parents for children. “If we are honest about what’s really going on here, it’s not about ensuring that same-sex couples in Philadelphia have the opportunity to be foster parents. It’s the fact the city can’t stand the message that Catholic Social Services and the archdiocese are sending by continuing to adhere to the old-fashioned view about marriage.”

Philadelphia officials are completely disregarding the illustrious history of faith-based agencies in recruiting and training foster and adoptive families. Indeed, many states have increased their capacity to care for children by partnering with faith-based agencies.

From 2012-2017, the availability of placements for children in foster care increased in states open to faith-based agencies, including by 25 percent in Georgia, 143 percent in Oklahoma, 46 percent in Kentucky, and 36 percent in Arkansas. Legislatures in 11 states (Alabama, Kansas, Michigan, Mississippi, Oklahoma, South Carolina, South Dakota, North Dakota, Tennessee, Texas and Virginia) have recognized the valuable services of faith-based agencies and enacted laws to protect their religious freedom.

By contrast, in California, Illinois, Massachusetts and the District of Columbia, CSS has been forced to shut down because of its beliefs on marriage. After Illinois told CSS that its beliefs would prohibit them from partnering with Chicago in 2011, the state lost 1,547 foster homes, the greatest decrease in any state that reported data in that period, according to the Chronicle of Social Change. An estimated 2,000-3,000 children were displaced after the new policy was enacted.

More than 8,000 faith-based foster care and adoption agencies and an untold number of children will be affected by the Supreme Court’s ruling. Even before this case reached the court, the harm to children from religious discrimination were undeniable. Normally when faced with a crisis of supply, the government will try to increase its capacity by casting the broadest net possible for private-sector partners. But by eliminating agencies because of their belief that every child deserves a mother and a father, Philadelphia will reduce its pool of prospective foster parents.

The Supreme Court should protect the religious freedom of foster families and agencies. Every agency and foster parent is a lifeline to a child in need. Excluding agencies like CSS harms children and does not increase the ability of same-sex couples to foster or adopt. Upholding the Constitution’s protection of religious freedom is in the best interests of the 250 children in Philadelphia — and the 424,000 children across America waiting to be welcomed into a loving family.

Emilie Kao is the director of The Heritage Foundation’s DeVos Center for Religion & Civil Society. She wrote this for InsideSources.com.