Opinion: Biden Doesn’t Have a Real Mandate — Yet 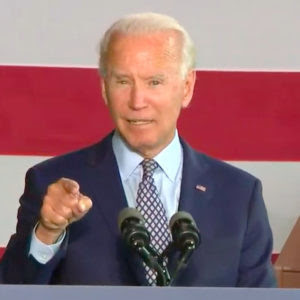 With Joe Biden headed to the White House, it’s time for his magic wand.

The one with healing powers. Not only on a national basis. How about starting with his own party.

Perhaps former Democratic candidate Andrew Yang, appearing on CNN, was on to something when he mentioned his experiences with working-class voters while on the campaign trail:

“In their minds, the Democratic party unfortunately has taken on this role of the coastal urban elites who are more concerned about policing various cultural issues than improving their way of life that has been declining for years.”

Abigail Spanberger, a Democratic congresswoman from Virginia, spoke on a topic that many in her party on Capitol Hill probably didn’t want to hear.

In an audiotape from a conference call obtained by The Washington Post, Spanberger said, “The number one concern in things that people brought to me in my [district] that I barely re-won, was defunding the police . . . If we don’t mean we should defund the police, we shouldn’t say that. . . . And we need to not ever use the words ‘socialist’ or ‘socialism’ ever again.”

As if dealing with salty Republicans wasn’t enough, Biden and his Vice President, Kamala Harris, must navigate a reckoning among their own colleagues.

That’s why Biden-Harris likely will be a one-term team, for either or both of them.

Yes, Biden won this election that took five days to decipher. And his supporters cheered, chanted and cavorted in the streets from Los Angeles to Washington D.C.

While conservative voters were left to ponder the next four years. “I’m more pessimistic because I feel the Democrats have gone too far to the left, which doesn’t align with my core values,” explained Scarlette Dickinson Valentine, a 56-year-old office worker in Charlottesville, Va., to InsideSources.

On paper, Biden should have won in blowout-style that Tuesday night. Trump was a weak and unpopular candidate, never having above a 50-percent approval rating. Former President Barack Obama likely would have triumphed in a landslide. With that, perhaps this election was more anti-Trump than pro-Biden.

Obama likely would have triumphed in a landslide. With that, perhaps this election was more anti-Trump than pro-Biden.

It also shows that Biden, like Trump, possesses his own issues, just not as negative as Hillary Clinton in 2016.

But Biden has one key personality trait: He’s a likeable dude. And Biden used the coronavirus pandemic to his advantage once he secured the Democratic nomination.

Still, Trump was squarely headed for re-election, if not for the coronavirus, as talk now permeates of a major vaccine breakthrough by Pfizer. Something to ponder: Suppose that breakthrough announcement occurred before Nov. 3, not afterward.

Biden, in a late-night speech during the weekend, ridiculously proclaimed he has a real “mandate” to govern because of the high volume of popular votes in his favor, thereby granting him extra cachet.

“Every new president has a mandate in the sense of simply getting to the White House,” Dr. Robert Cottrol, a law professor at George Washington University, told InsideSources. “Even Gerald Ford had a mandate, and he was appointed, not elected.

“Much depends on what area you have the mandate. You may have it in A and B but not C, D and E. Biden may have a mandate in foreign policy but have less authority to exercise it as much in domestic policy.”

With that, enter the House of Representatives, U.S. Senate and the Supreme Court.

For all of that pre-election giddiness emanating from Democrats about the looming “Blue Wave,” it was Blue Lite at best, as we await the January run-off results in two Georgia races, which likely will determine which party controls the Senate.

Democrats lost several seats to Republicans in the House of Representatives after we were led to believe Democrats would expand their majority; Democrats are fighting for their lives to take control of the all-important Senate after we were led to believe that they could flip as many as 10 seats to grab control of that chamber; the Supreme Court, with the appointment of Amy Coney Barrett, has swung six to three to the conservative side.

If Mitch McConnell and his crew prevail, he can check Biden’s political agenda, from increasing corporate tax rates to packing the Supreme Court. However, on the positive side for Biden, McConnell unwittingly could save Biden from the far-left faction of the Democratic party.

If the more moderate Biden is prevented from implementing radical-left policies of Bernie Sanders or Alexandria Ocasio-Cortez, he can always blame it on Mitch and his obstructionists.

Then, Biden would have to reach across the aisle and request something novel these days: compromise.

Biden has received the most votes of any presidential candidate in history. OK, who has the second-most votes ever? Donald Trump, as both candidates became the first two to top 70 million votes. (In fact, Trump has two of the top six highest vote totals in election history.)

And Trump received the highest voting percentage (26 percent) of nonwhites by a Republican since Richard Nixon garnered 32 percent in 1960, which gives Republicans much to build on in the next four years.

Despite the ouster of Trump in Washington, he still will cast a huge shadow on the Republican party. And he may even campaign in those all-important Georgia Senate races.

As for a real mandate, this might qualify as one:

Ronald Reagan in 1984. Reagan won 525 electoral votes to his opponent’s 13, that being Walter Mondale. Reagan also won the national popular vote percentage-wise by 58.8 to 40.6.

Indeed, Joe Biden won the 2020 election. But it never should have been this difficult and protracted.

Which means Republicans could be poised for a 2024 rebirth. 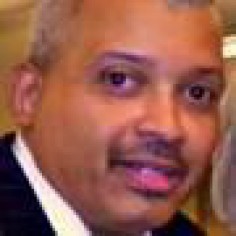