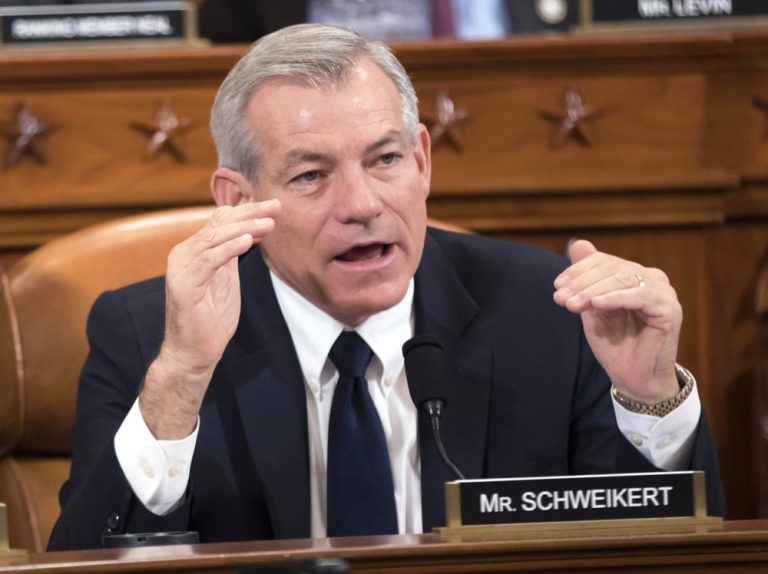 Schweikert defeated Dr. Hiral Tipirneni, who ran a campaign focusing on healthcare and accusations that Schweikert failed to represent his wealthy suburban Phoenix district. It will be his sixth term in his Congress.

He was the most endangered member of Arizona’s congressional delegation, who all ran for reelection this year. Tipirneni had a lead on Election Day, but Schweikert soon pulled ahead and his victory became clear Saturday when additional votes from Maricopa County showed he had come out on top.

“Of course it’s gratifying,” Schweikert said of his victory. “You’re craving to get back to work, but you’re also a little anxious of will Washington D.C. still continue to be as cantankerous with Democrats in control as it was the last two years.”

Schweikert said he won because Tipirneni “was never a good fit for the district.”

Democrats across the nation were eyeing wins in suburban districts like Schweikerts’ which have been trending away from Republicans to add to their control of the U.S. House of Representatives. But they mainly failed in that effort Tuesday, and actually lost some seats, although they maintained their House majority.

The only remaining uncalled Arizona congressional race features Democratic Rep. Tom O’Halleran and Republican challenger Tiffany Shedd, who is trailing him in the 1st District race. O’Halleran has led since Election Day and as of midday Saturday had an apparently safe 3 percentage point lead. But thousands of ballots remain to be counted, many from Republican-heavy Pinal County, so it is too early to say he won.

Arizona Democrats had eyed Schweikert’s district in hopes of knocking off a GOP incumbent for the first time in decades. Schweikert was hurt by an ethics probe that found he was indifferent to repeated campaign finance violations and used his official staff for campaign work.

He agreed in July to pay a $50,000 fine and admitted to 11 violations to settle the long-running investigation by the U.S. House Ethics Committee. The entire House then voted to sanction him.

The Democrats put forward a polished candidate in Tipirneni, who had a big fundraising edge against the wounded GOP incumbent with a slimmer-than-normal campaign account in the 6th District.

Tipirneni, a physician, said she had called Schweikert to concede after The Associated Press called the race Saturday. She issued a lengthy statement that she also posted on Twitter saying she was glad to have run, thought more women need to seek public office and thanked the voters and her volunteers. And she said her primary purpose for running was to help ensure all Americans have access to health care.

“From the very beginning, this race was about fighting for the issues that impact Arizona families,” she said. “It was never about partisanship. It was about rooting out corruption and making the tax code more fair for middle-class Arizona families, small businesses, and retirees.”