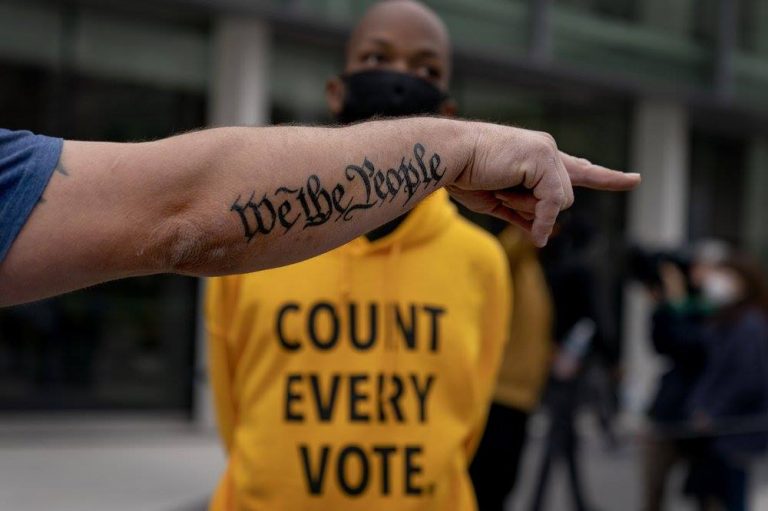 Presidential elections can be revealing moments that convey the wishes of the American people to the next wave of elected officials. So far, the big reveal in the contest between President Donald Trump and former Vice President Joe Biden is the extent of the cavernous divide between Republican and Democratic America, one that defines the nation, no matter which candidate ultimately wins.

Voters from both parties turned out in droves to pick the next president, but as they did so, they found little agreement about what that president should do. Democrats and Republicans prioritized different issues, lived in different communities and even voted on different kinds of ballots.

Whoever emerges as the winner, that division ensures that the next president will face significant gridlock in Congress, skepticism about the integrity of the vote and an agitated electorate increasingly divided by race, education and geography. Even the vote count itself threatens to further split Americans. 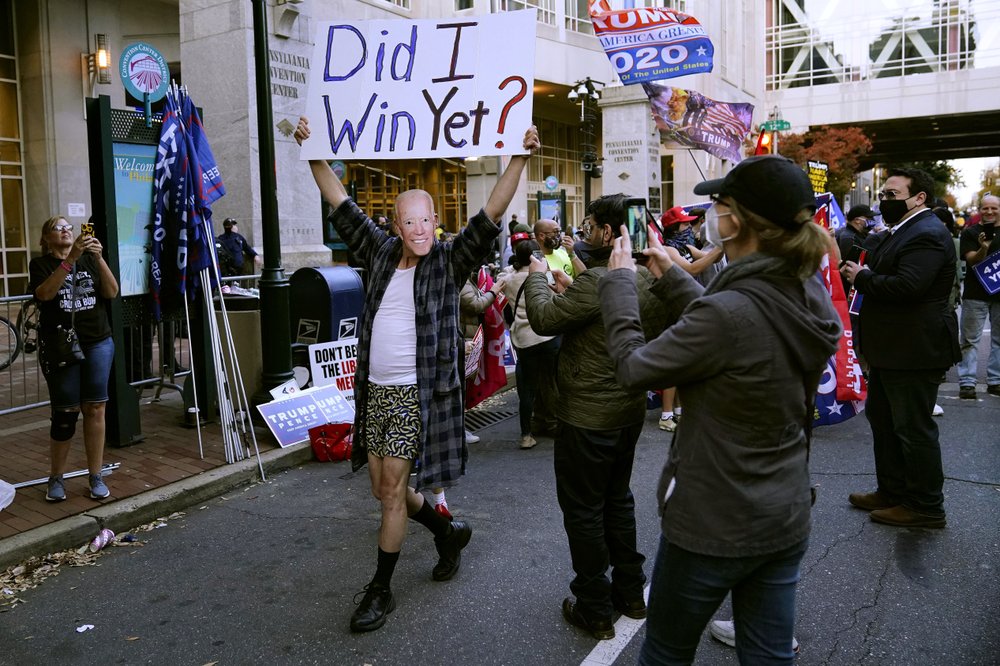 Two days after polls closed, neither Trump nor Biden has earned the 270 electoral votes needed to win the presidency. The Republican incumbent is encouraging his supporters to protest outside counting locations still sorting through mail ballots — the method of voting preferred by many Democrats — while pursuing an aggressive legal strategy that could lead to further delays.

“Except for the Civil War, I don’t think we’ve lived through any time as perilous as this in terms of the divisions,” said historian Barbara Perry, the director of presidential studies at the University of Virginia’s Miller Center.

The yawning divides will threaten the next president’s ability to manage multiple crises: Daily coronavirus infections set a record this week, the economy is struggling to recover from the pandemic and many Americans are pressing for a reckoning on racial injustices.

Trump and Biden voters, however, express strikingly different views on those challenges, according to AP VoteCast, a broad survey of the electorate. Biden voters overwhelming say they want the federal government to prioritize limiting the spread of the virus, even if that means further damage to the economy. But most Trump voters preferred an approach that focused on the economy.

About half of Trump voters also called the economy and jobs the top issue facing the nation, while only 1 in 10 Biden voters named it most important.

On race and justice issues, Biden voters almost universally said racism is a serious problem in U.S. society and in policing. But only a slim majority of Trump voters, who are overwhelming white, called racism a serious problem.

Biden has tried to bridge this gap, often appealing to a sense of national unity and the “soul” of America. Trump often casts himself as a defender of his voters. He has threatened to withhold pandemic-related aid from states run by Democratic governors and disparaged cities run by Democrats.

Many Democrats desperately hoped that Trump would suffer an embarrassing and broad defeat that would serve as a clear repudiation of Trump and his brand of politics. At the very least, they wanted an unambiguous mandate that would allow Biden to pursue ambitious policies on health care, education and the economy.

Trump may lose, but strong GOP turnout in battlegrounds and unexpectedly solid victories for Republican candidates in Senate and House races made Tuesday far from a thumping.

“There’s certainly not a clarion call to go in one direction or another. There’s a lot of confusion and chaos,” said civil rights leader Martin Luther King III, who supported Biden.

The election solidified the parties’ competing coalitions. Biden relied on urban and suburban voters, particularly women, college-educated voters and people of color. Trump exceeded his turnout numbers from 2016 by relying on thousands of new supporters from rural, GOP pockets of white voters across the country.

The Democratic margin increased in 70% of the counties that went for Hillary Clinton in 2016 and the Republican margin widened in 56% of counties that Trump won that year, according to an Associated Press analysis of all counties that by Thursday evening had tallied more votes than in the last presidential election.

That dynamic toppled some Democrats who had won seats in politically mixed areas by running as moderates. In Iowa, for example, Democrat Rep. Abby Finkenauer lost her reelection bid in the eastern part of the state as Trump bolstered his margins in rural areas such as Buchanan County just west of Dubuque. Trump won the rural county, which is 96% white, by 15 percentage points in 2016. That jumped to 21 percentage points this year.

That geographic polarization is part of what worries those who see the culture of cooperation in Washington rapidly eroding.

Former New Hampshire Sen. Judd Gregg, a leading Republican voice in the days after the Supreme Court decided the 2000 election, said it’s unclear whether congressional leaders will have an incentive to work with the other party.

“There were people in the Senate like Ted Kennedy and Ted Stevens who held strong views but were there first and foremost to get things done and govern, so they did not fear their base and were willing to compromise,” said Gregg, who has emerged as a Trump critic. “I am not sure that type of leadership is there today because of the strident voices that dominate both parties. But Biden, if president, has seen how it can be done, so we can hope.”

PrevPreviousOpinion: A Celebration: U.S. Withdrawal from the Paris Climate Treaty Becomes Official
NextOpinion: Win or Lose, It Was a Good ElectionNext